Harmonics are more than just a nuisance on the power grid, they can damage equipment and affect operations. Martin Richardson explains how ultra-low harmonic (ULH) drives can help to mitigate harmonic issues – without compromising on efficiency 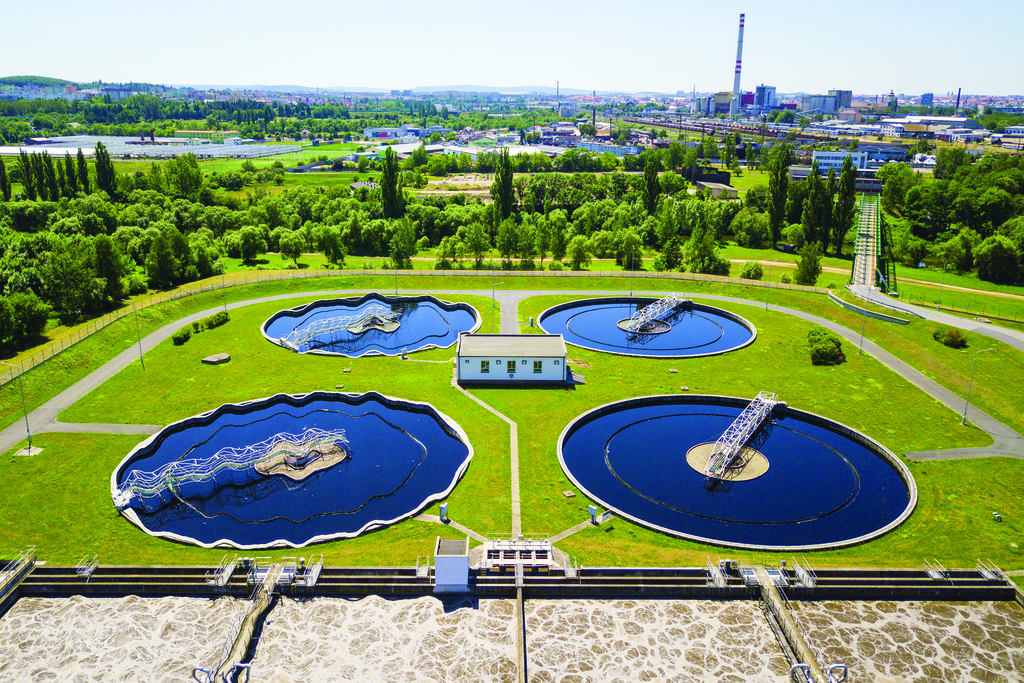 HARMONICS ARE a form of pollution or noise on the electrical network. You can’t see or hear them, but you may see their effects in the form of overheating or malfunctioning equipment, and even flickering lights.

For an electrical grid operating in ideal conditions, the current are pure sine waves. These waves contain no harmonics, although in practice no system is ever a pure sine wave. When you start introducing non-linear loads into the grid, the voltage and current deviate from a pure sine wave due to the harmonic content. Non-linear loads are devices that do not draw current continuously, so can include anything that is switching, with the most common culprits being power supplies and variable speed drives (VSDs).

Harmonics are a big problem, they affect system efficiency and lead to increased losses. They can also affect power quality and cause equipment to behave erratically, and can even disrupt critical systems such as generators. In the water industry, losing a generator for any amount of time can cause a serious headache.

Other issues can include overheating of direct-on-line motors and other equipment, false readings of water flow meters and instrumentation, blown fuses and capacitor failures. For a water company, this can have knock-on effects in interrupting water flow, while the presence of reactive power in the supply network can also risk fines from energy companies.

There are a few things that can be done to mitigate the effects of harmonics, like adding cooling, or over-dimensioning equipment. External filters or multi-pulse drives and transformers may also be added to the supply. However, this adds additional layers of complexity to installations, as well as increasing costs. In any case, these steps only tackle the symptoms of harmonics rather than the root cause.

Ultra-low harmonic (ULH) drives can be used to reduce harmonic content by up to 90% by using built-in harmonic mitigation, including an active supply unit and integrated line filter. However, whilst effective for reducing harmonics, there is a perception that ULH drives are less efficient than their conventional counterparts, although this is not entirely accurate.

Whilst the drive itself is marginally less efficient, an ULH will generally increase overall system efficiency. This is because the harmonic mitigation will prevent losses in other components and equipment such as transformers and standalone harmonic filters. On balance, the benefits to overall system efficiency will outweigh the lower efficiency of the drive compared to a non-ULH drive, as well as being easier to engineer and install than alternative solutions. Increasingly, harmonics can now be predicted and mitigated at the specification stage. For instance, ABB’s DriveSize tool helps to select an optimal motor, drive and transformer for a given application, taking into account harmonic modelling.

Decarbonisation of the power grid is likely to make harmonics more common. For many years VSDs were seen as one of the main culprits, but harmonics are increasingly coming from other sources too. Solar inverters and electric car chargers also produce harmonics, and as the installation of these and other switching devices becomes more widespread, the consideration of harmonics is going to need more attention than ever. Tackling the silent challenge of harmonics will take more than one ULH VSD, but by significantly reducing harmonics, they can represent a significant step towards making the power grid more resilient.

For more information about harmonic mitigation in the water industry, download ABB’s Application Guide via the URL below.