Yamazaki Mazak has released dates for its specialist ‘Manufacturing Solutions NOW’ Open House in June at its European Technology Centre in Worcester. Running from the 11th to 13th June, the event will include 22 machines in total, and focus on entry-level machines, Siemens control and laser-cutting. There will be guest talks from McLaren Applied Technologies and Concorde. 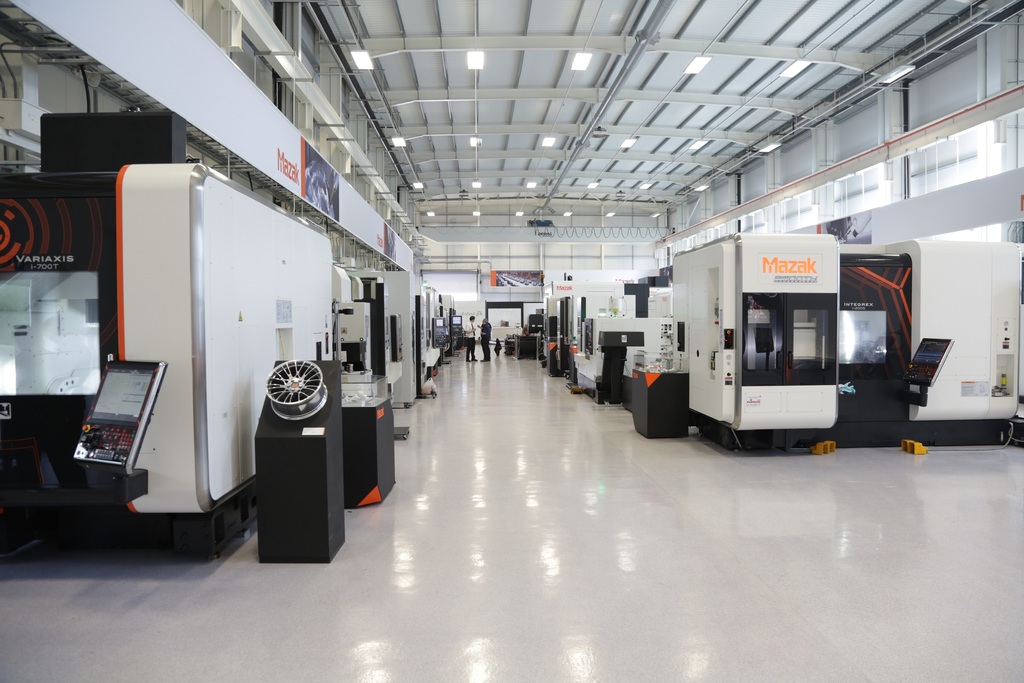 Entry-level machines, designed to improve productivity within the capital investment budget, are taking centre stage at the event. The highlight is likely to be two QUICK TURN 250MSY machines equipped with milling capability, Y-axis, and second spindle. A second machine has been equipped with a FANUC TA-20, ‘plug and play’ robotic machine tending solution, which makes it ideal for applications that require lights-out unmanned and overnight running.

Alongside will be the new QT-COMPACT 300M which features a new optional 24–index position turret. The QT-COMPACT is a high specification machine for its price point, equipped with Y-axis and second spindle and capable of high accuracy positioning with its high rigidity linear roller guides and direct coupled servo motors on all linear axes.

Making its UK debut will be the HQR-250MSY, a 2 turret / 2 spindle CNC turning centre, specifically developed to offer best-in-class cycle times. The HQR can be operated with a variety of optional automation equipment to further improve productivity, including bar feeders, workpiece unloader and robot.

Laser machines will be represented by the OPTIPLEX 3015 FIBER III 4kW, which is designed for exceptionally high productivity with faster acceleration for high-speed cutting. The laser machine is equipped with new generation Mazatrol PreviewG CNC, including a 19” touch panel for increased ease of operations.

Machine users that have standardised on Siemens control can still access the benefits of Mazak technology by specifying an ever-increasing number of Siemens-equipped machines. At the June Open House, the VTC-760C Siemens, a high productivity vertical travelling column machining centre will take centre stage. The VTC-760C is equipped with the new Siemens 828D control and is powered by a 12,000rpm spindle with rapid traverse rates of 42m/min in the X-, Y- and Z-axes.

In addition to new machines and automation equipment, the Open House will also feature keynote speakers from the world of motorsport and aerospace, including Richard William from McClaren Applied Technologies’ Human Performance Team, as well as Les Evans and Tony Yule, both of whom are ex-Concorde Pilots.

Mr William will be speaking on the McLaren DNA Programme, which aims to accelerate the training of young drivers through the delivery of unique training developed in conjunction with current and past drives. Mr Evans and Mr Yule, who both served in the RAF before joining British Airways’ Concorde programme, will be sharing their firsthand experience in the world of aerospace, with a specific focus on the intricate engineering and manufacturing challenges involved with the iconic Concorde aircraft, which celebrates its 50th Anniversary this year.

The Open House will also provide an opportunity to undertake guided tours of Mazak’s European Manufacturing Plant, which has experienced a number of investments since Mazak’s most recent Open House, as well as Q&A sessions and on-hand application support from Mazak engineers.

Alan Mucklow, Managing Director – Sales UK, commented: “This specialist Open House taking place in what is our 100 year anniversary aims to provide the solutions to the productivity issue that is the top priority for British manufacturers. From state-of-the-art machines through to machine tending solutions, robotics and laser, we aim to demonstrate that productivity does not need to come at a high price and that there is a solution for every type and size of machine user, from Tier-1 aerospace supplier through to a growing and ambitious subcontractor.”