For over 25 years Review Display Systems has been representing leading manufacturers of TFT, LCD and plasma display panels, together with touch screens, analogue TFT controller boards and industrial single board computers. Now, the company RDS has been appointed distributor for the innovative Lumineq Displays. 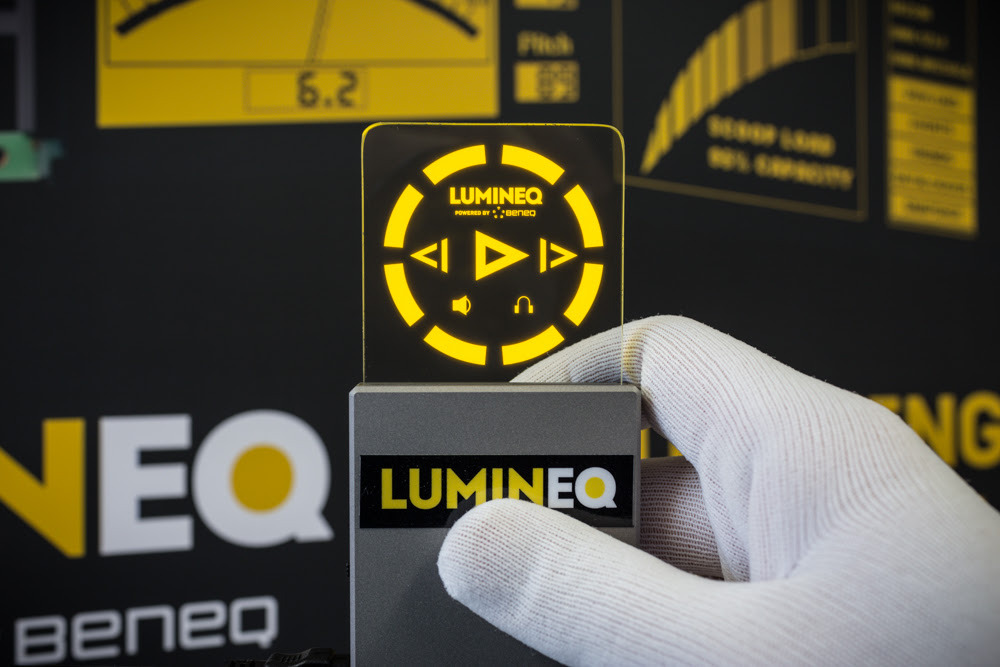 Lumineq Displays is a business unit of Beneq, manufacturer and developer of thin film electroluminescent (TFEL) displays. In 2012, Beneq acquired the Finish-based electroluminescence business from US Planar Systems, and the resulting brand name is Lumineq. Lumineq works closely on the industrial production and development of transparent (TASEL) and non-transparent (TFEL) display technologies.

Electroluminescent materials emit light when an electrical current is passed through them. First discovered in the early 20th century, they have been used extensively in LEDs since the 1960s, but widespread use of the phenomenon in  display technology did not occur until the late 1980s, when reliability issues had been solved, and displays with more than one colour had been developed.

Lumineq displays feature technology which enhances the contrast ratio of the display by adding a light-absorbent layer behind the pixels. This prevents any incoming light from reflecting off the device and diluting the image, making the picture much sharper, and making the displays suitable for use in direct sunlight.

TFEL technology has been proven in demanding applications

Over the last 30 years, TFEL technology has been proven in demanding applications ranging deep-sea vessels to operational systems in orbital spacecraft. Besides these extremes, TFEL displays have found their way into countless other applications, where reliability and accuracy are required, including the mining, marine, military, and medical sectors.

Lumineq TFEL displays comprise a solid-state glass panel, an electronic control circuit and a power supply. The TFEL glass panel, the heart of the assembly, consists of a luminescent phosphorous layer sandwiched between transparent dielectric layers and a matrix of row and column electrodes (see schematic below). The circuit board, which contains the drive and control electronics, is connected directly to the back of the glass panel.

TFEL displays comply with FCC Part 15, Subpart J, Class B and EN55022, Level B, when housed in a suitable enclosure.

TASEL transparent displays combine the rugged and reliable build of TFELs with the unique freedom of designing a completely transparent display. TASEL is ideal for consumer electronics, architectural use and other fields where viewing experience and product aesthetics is of paramount importance. The display is completely transparent and can be viewed from two sides, providing a 360 degree viewing angle. The brightness and image response time are exceptional. The display glass, is easily customised – it can be drilled or cut to custom sizes to fulfil design requirements.