FANUC has installed a range of its technology at the Manufacturing Technology Centre’s Advanced Manufacturing Training Centre, as part of the MTC’s continued commitment to evolve its cutting-edge training and development facilities for the next generation of engineers. 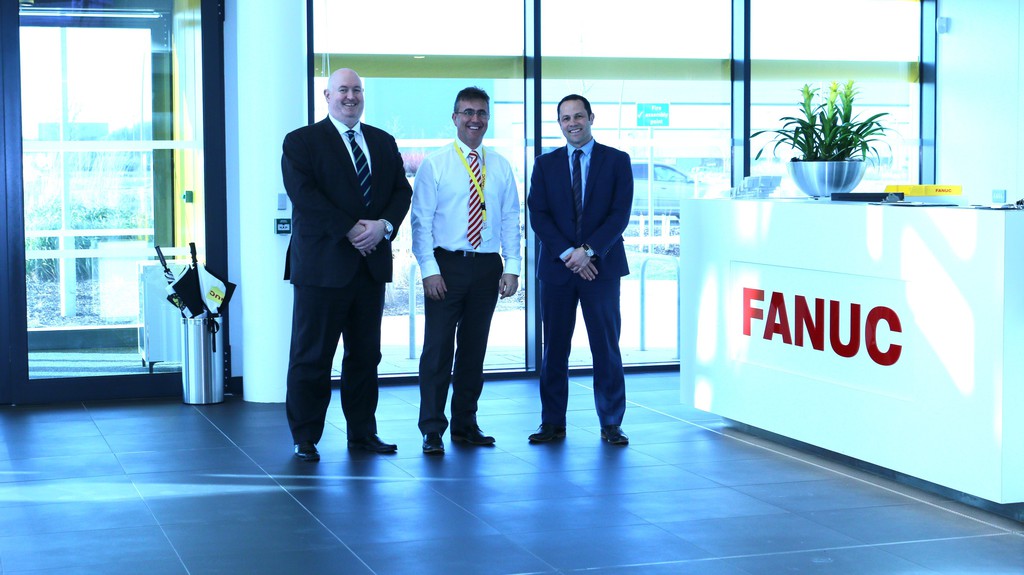 The AMTC, which is located next to the MTC at Ansty Park, Coventry, will now feature six FANUC D21 ROBODRILL machining centres, complete with FANUC CNC, as well as seven educational cells, each comprising of FANUC LRMate200iD/4S robotic arms and easy-to-use control panels.

FANUC’s series of ROBODRILL vertical machining centres offers high quality, precision metal-cutting with a tool change time of 0.7 seconds. With a turret able to handle tools weighing up to 4kg, the ROBODRILL represents one of the fastest and strongest 5-axis CNC machining centres on the market.

The introduction of FANUC technology to the AMTC is the latest development in what has become a close working relationship between the two organisations. Apprenticeships have long been a central element of FANUC’s UK operations, and the company currently has six apprentices in training at its Ansty Park UK headquarters. As part of its relationship with the MTC, however, FANUC also welcomes AMTC apprentices to its facilities, providing further training and education, as well as exposure to the latest developments in factory automation technology.

Richard Watkins, operations director at the AMTC, comments: “Robotics and automation are two of the MTC’s key areas for developing the next generation of engineering talent. FANUC CNC is amongst the most popular machine tool control systems worldwide, and the company’s iconic yellow robots can be found in manufacturing facilities across all key industrial sectors.

“To be able to have access to FANUC CNC, metal-cutting and automation technology at the AMTC will be a huge asset to our apprentices, providing them with valuable opportunities to gain first-hand experience with technologies that they are likely to use throughout their career.

“FANUC’s focus on bridging the skills gap, as well as the company’s own apprenticeship programme, exemplifies the affinity between the two organisations, and underlines the reasons why the MTC has chosen to collaborate with the company.”

Andrew Armstrong, sales and marketing manager at FANUC UK, adds: “The UK’s manufacturing landscape is evolving at a pace not seen for decades. This is facilitated by the productivity and efficiency benefits derived from the greater connectivity and interoperability offered by manufacturing technology. Both the MTC and AMTC have been at the forefront of developing the next generation of engineers. Given FANUC’s own commitment to fostering future engineering talent, we are delighted to be able to integrate our own state-of-the-art technology into their facilities.”