Disruptive redesign of the roller chain

Prototype parts have been developed by the University of Sheffield AMRC for a company aiming to disrupt the mechanical power transmission market with its redesign of the roller chain – producing one that promises to be more durable, lightweight and low maintenance. 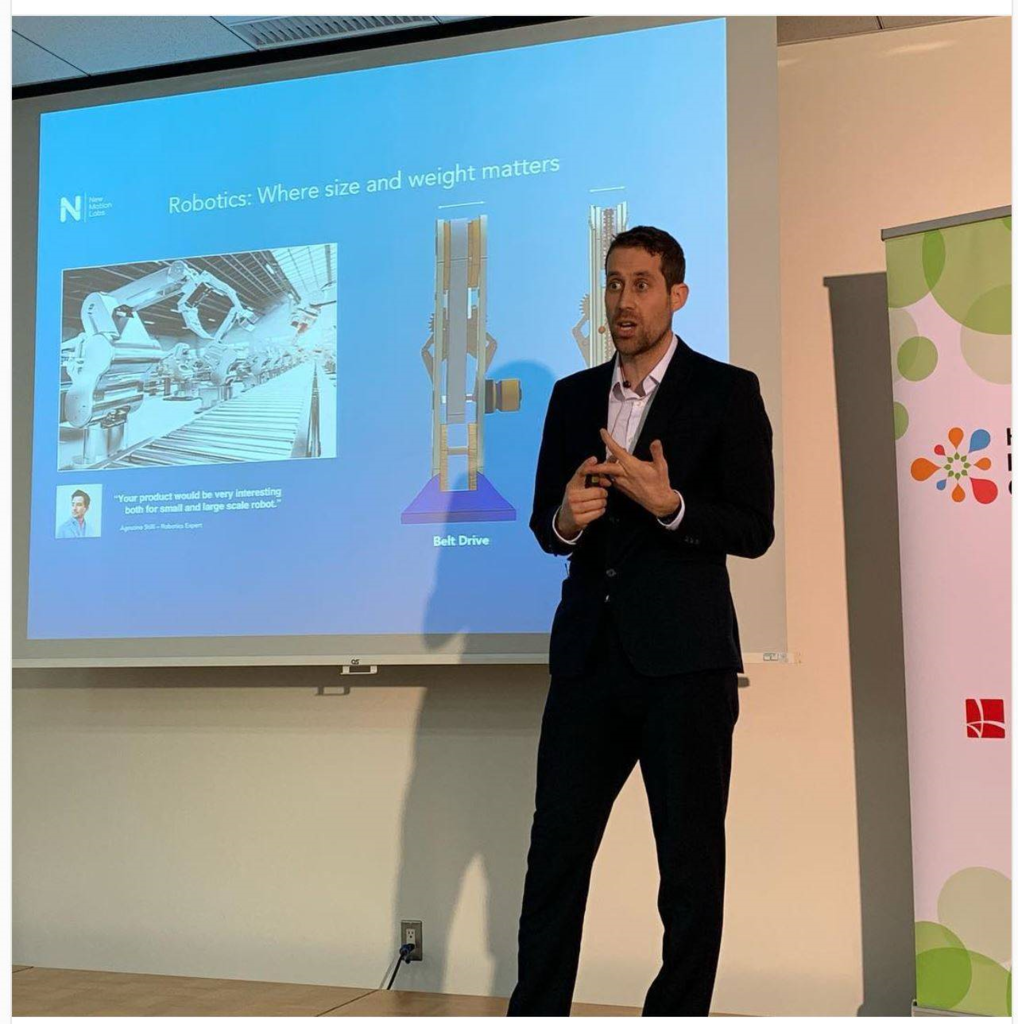 Conventional roller chains, and the toothed wheel sprockets that drive them, are used on everything from bicycles and cars to printing presses and ships.

Marcel Fowler, CEO of New Motion Labs, the start-up behind the InfiGear chain link technology, believes the design is the biggest breakthrough in power transmission technology since the invention of the roller chain first observed in drawings by Leonardo Da Vinci more than 500 years ago.

The innovation powering the InfiGear chain dramatically reduces wear as force is distributed over all of the sprocket teeth on the chain path, as opposed to current chain technology where, Marcel says, more than 60 per cent of transitional power is acting on only one tooth and chain link at any one time, leading to high mechanical wear – the main cause of downtime, maintenance and delays.

New Motion Labs says its revolutionary design yields an 85 per cent decrease in peak stress compared with a conventional roller chain and has potential to mean up to a ten times increase in the sprocket and chain lifetime.

Marcel believes the new design has the potential to disrupt industry – a market expected to be worth more than $9bn by 2022, according to the ‘Chain Drives Market: Global Outlook and Forecast 2017 – 2022’ report.

“This is because mechanical wear no longer has to be a primary consideration for manufacture, allowing different materials – such as self-lubricating plastics and carbon fibre with additional benefit such as cost and weight-saving reduction – to be used,” explains Marcel.

“We want to disrupt the market but also work with chain manufacturers to innovate – this is about partnership and enabling new things to be produced by the OEMs, new technology and products.”

The company wanted to put its design theory to the test but to do this would have meant having to pay for expensive tooling to create a physical prototype, which is why it turned to the Design and Prototyping Group (DPG) at the Advanced Manufacturing Research Centre, a part of the High Value Manufacturing Catapult network.

James Coupe, Mechanical Design Engineer at the DPG, worked on the project. He said: “The company came up with a concept of redesigning how a chain works and approached the AMRC for prototyping assistance. They shared the research and chain design they had generated and how they had proved it out theoretically but wanted to move this on to testing of a physical prototype.

“The outlay for tooling to manufacture a prototype chain using conventional processes would be significant for a small business.  The AMRC’s involvement enabled prototype parts to be made, without the need for tooling, in volumes suitable for testing.”

On working with the AMRC through its dedicated SME help scheme, Marcel, founder of New Motion Labs, said: “This help enabled us to build a suitable prototype to test the technology, without which we wouldn’t have been able to do otherwise because we did not have the funding. It helped us move forwards really quickly.

“Other research centres don’t have this kind of support for SMEs like the AMRC does. If you are committed to innovation you have to support SMEs and corporates and because the AMRC does this, it allowed us to deliver our ambition.

“It enabled us to physically see our designs which had only been in a digital form up to that point. We were able to show investors our technology and raise investment for some more advanced prototyping and testing.”

Marcel came up with the idea to revolutionise mechanical motion after the gearing system on a bike he was using during a cycling holiday in France broke and he found himself stranded at the side of the road with time on his hands to think about the predicament.

“I was riding up a hill and it was quite strenuous and quite hot and the bicycle gearing system broke so I had three or four hours at the side of the road lamenting why I had an antiquated old gearing system alongside this carbon fibre, revolutionary kind of bike frame,” said Marcel.

“I thought I would ask the question when I got home. What I found out is the reason why it’s made of metal, hard wearing materials – it is due to mechanical wear. When you’re cycling on that pedal, 66 per cent of all of that power is just going on that first sprocket tooth and first link. You’re not really using any of the other teeth around that sprocket, they’re not carrying any load at all.

“That’s where the inspiration came from to create a chain that spreads that load amongst all these sprocket teeth. What this means is wear is decreased by up to ten times and means you can use new materials such as plastics or lightweight materials and increases the efficiency and decreases the weight of any system that uses chains, from cars and ships to conveyor belts and escalators.”

The company is now in partnership with a facility in Germany for testing of the technology alongside a top-of-the range chain. New Motion Labs’ is also working on its next inventions which focus on gearing systems.

This project was paid for by the AMRC using funds from the High Value Manufacturing Catapult as part of our commitment to working with small and medium manufacturers. For information how we can help your SME, contact s.harrison@amrc.co.uk.