Failure prevention, rather than recovery

Downtime is a costly expense no matter the process, but when it comes to producing a beverage that is distributed across almost all 50 US states, unexpected downtime can have a major impact 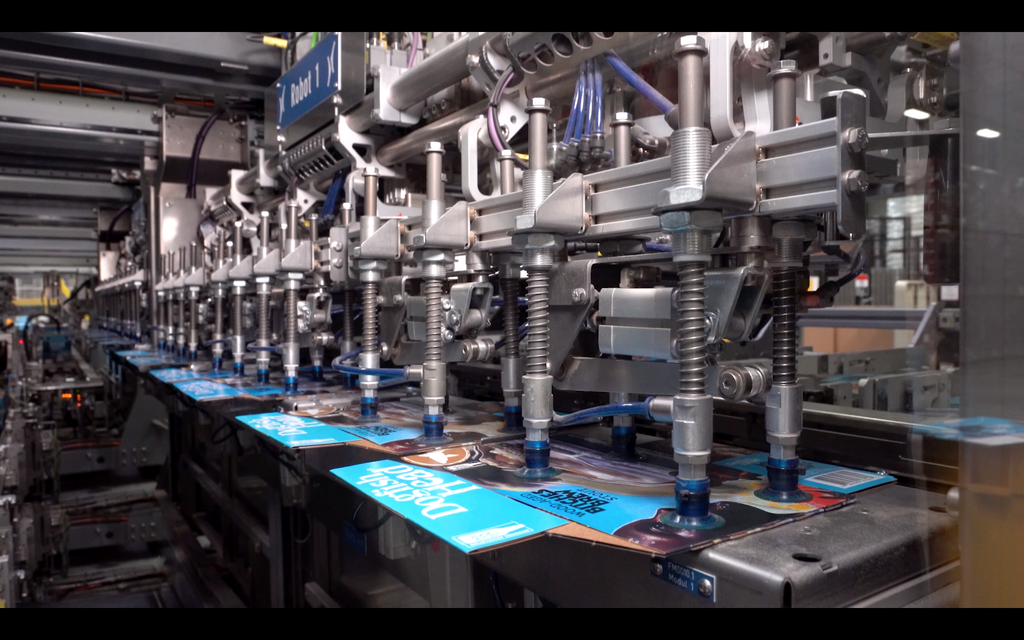 Ask Liz Stairs, Process Improvement Specialist, Dogfish Head about downtime and her response is emphatic: "If we were down for a period of time and we were brewing, we can lose a whole batch of beer and that could be a lot of money!"

Located in Milton, Delaware, the Dogfish Head facility is responsible for the craft beer and spirits of the brand. Having opened its doors in 1995 the rapidly growing brewing company now produces 262,000 barrels of beer annually and while its challenges aren’t unique, the impact of any downtime could be a business-life changer.

Stairs adds: "I think a lot of our brands are quite exceptional and to achieve that unique flavour we need some extra processes, like the ingredient pots and our specialty hop dosing system."

cybersecurity risks were increasing along with potential downtime

Dogfish Head’s hop dosing process was traditionally a manual one, but as output continued to grow this was all moved to a single automation system. When that system became obsolete, Dogfish Head faced sizeable issues as cybersecurity risks were increasing along with potential downtime – in the form of a minor failure or a complete facility shutdown. When Dogfish Head’s system was no longer supported in the US the facility began to see processes fail. The outdated system was also making it difficult for the brewery to implement new equipment. This all led to unplanned shut-downs and time lost recovering from them. Action needed to be taken, and quickly!

Finding a solution for such a fast-growing brewery proved a challenge; not only did the system need to be tailored to Dogfish Head’s day-to-day operations but also allow room to continuously improve the process and the facility itself.

After numerous brewery visits and extensive due diligence, Stairs and the Dogfish Head team selected a new automation system. "When we were looking for a new automation solution we were interested in ProLeiT and we visited breweries that were already utilising it.”

The ProLeiT system that was installed improved energy management and brought with it MES (Manufacturing Execution Systems) functionality and integrated recipe control for liquids. As the facility continued to see improvements Liz set out to then find a server that could provide a 99.999% uptime guarantee.

“We looked at IT centric solutions like HP and Dell, but we settled on Stratus because of their service package and deployment support,” continues Stairs.

The ftServer from Stratus Technologies sets itself apart from market competitors by focussing on and providing failure prevention, rather than failure recovery.

Ensuring continuous availability of the critical systems was to the first step to a tailored solution for Dogfish Head. Importantly Dogfish Head also needed to reduce the downtime associated with the implementation of new technology. The new solution eradicated this with the ftServer’s hot-swappable customer-replaceable units, making shutdown before switching a thing of the past.

The overall hardware footprint for the facility has also been reduced, the legacy system had required six servers to support production of the award-winning beverages, with Stratus Technologies’ ftServer operating a virtualised platform, that number has been reduced to one.

As with all projects Stratus Technologies undertakes the key is collaboration and partnership. Working closely with ProLeiT, the solution was able to provide Dogfish Head with the computing flexibility to keep growing in the brewing sector.

Commenting on that relationship, Stairs says: “In choosing the ProLeiT and the Stratus solution, we were really impressed with the brewery-specific knowledge that they had. They guided us every step of the way from hardware choices to longer term plans to help us grow and expand."

The ProLeiT and Stratus Technologies team also had the responsibility of migrating the software from the legacy system onto the sector specific PLC-based control system, brewmaxx. The team was able to complete this migration with little support from the brewery.

With the deployment of the collaborative solution complete, Dogfish Head has seen a host of benefits to the brewery. The ftServer provides Dogfish Head with 24/7 monitoring and automated e-mail alerts with the current status of the brewery. Another added benefit with the move to the Stratus server platform is the automated online parts replacement, giving the brewery management team complete peace of mind that in the event of parts failure, the system would remain online and return to full redundancy without the need to order new parts.

“With the solution that ProLeiT and Stratus have provided, we’re no longer limited by our automation system, we’re able to grow and the sky’s the limit,” concludes Stairs.

With Stratus Technologies’ ftServer operating a virtualised platform, the servers required has been has been reduced from six to one