THE FIRST water pipelines were built by ancient civilisations. These pipelines facilitated the irrigation of fields and the supply of water to livestock and humans. A pressurised water pipeline extending for more than 40km existed in Pergamon as early as the second century BC. 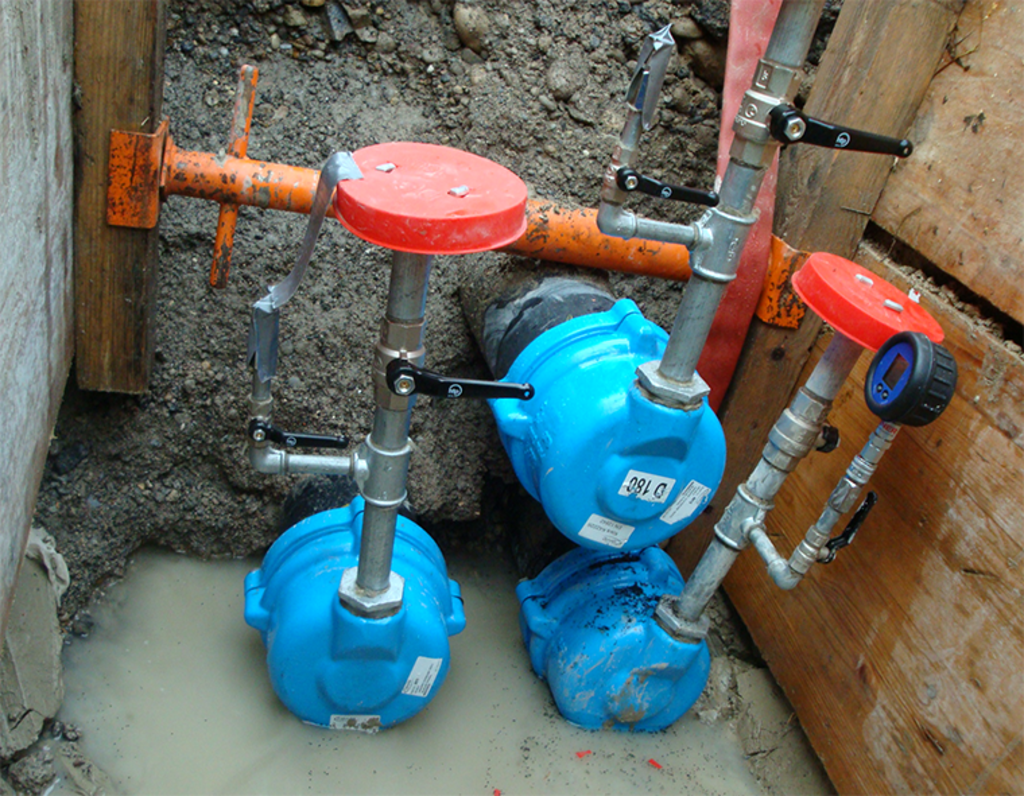 However, it wasn’t until the second half of the 19th century that reliable drinking water supply systems gradually became widespread. Such systems used water towers with connected pipelines. These days, water is generally supplied via a permanent underground system of pressurised pipes. A total of 99% of the population of Europe has access to such a water supply and people in Europe and elsewhere rely on the certainty that clean drinking water will be available to them every day.

In other words, secure water pipeline networks form the backbone of our modern society. The water flow rate in pipelines can be regulated by adjusting the pressure in the system. If the flow rate gets too low, it can have a major negative impact on water quality, as low flow rates can increase germ content in the water and also lead to changes in temperature, colour and taste.

Leaky pipes and pipelines also pose a problem. Not only can leaks lead to the valuable liquid being lost; escaping water can also damage the subsoil, necessitating costly repairs. When new distribution pipelines are to be laid, their leak-tightness is therefore tested and documented before the pipes go into production. These pressure tests require the pipelines to withstand pressure of 16 bar for an hour. The manometer’s display screen enables employees to track pressure levels on-site throughout the test. A significant drop in pressure during the test indicates a leaking pipeline, which can be fixed while still in the production stage.

Once the measurement process has been completed, a computer is used to read off the measurements recorded by the manometer, which are then graphically displayed. The end customer is thus able to see whether the pipelines are operating smoothly. Here, the LEO Record from KELLER AG für Druckmesstechnik is the tried-and-tested pressure measurement device used for municipal water distribution systems. This battery-operated system equipped with a digital display is autonomous and robust and able to record both pressure and temperature levels over long periods of time.

Because pressure is influenced by temperature, the high-resolution measurement values are also compensated. The basis for this process is a temperature comparison performed at KELLER in special temperature measuring furnaces. The data is used to create mathematical models for each sensor that are then stored internally. The digital measurement values thus attain a very high level of accuracy, while the non-volatile memory ensures a high degree of data security. KELLER supplies free Logger 5 software for configuring and reading the data.

BRINER AG, a leading service and retail company in the construction industry that is headquartered in Winterthur, Switzerland, has been successfully using KELLER’s LEO Record autonomous data logger for this purpose for many years and is very satisfied with the results.

“The LEO Record is so easy to operate that even temporary staff can use it unsupervised after a brief introduction," says Fabian Lenz, head of supply system sales at BRINER AG.