Global manufacturer of motors and drive technology, WEG, is teaming up with aircraft OEM Embraer to advance the aerospace industry toward the next generation of propulsion systems. 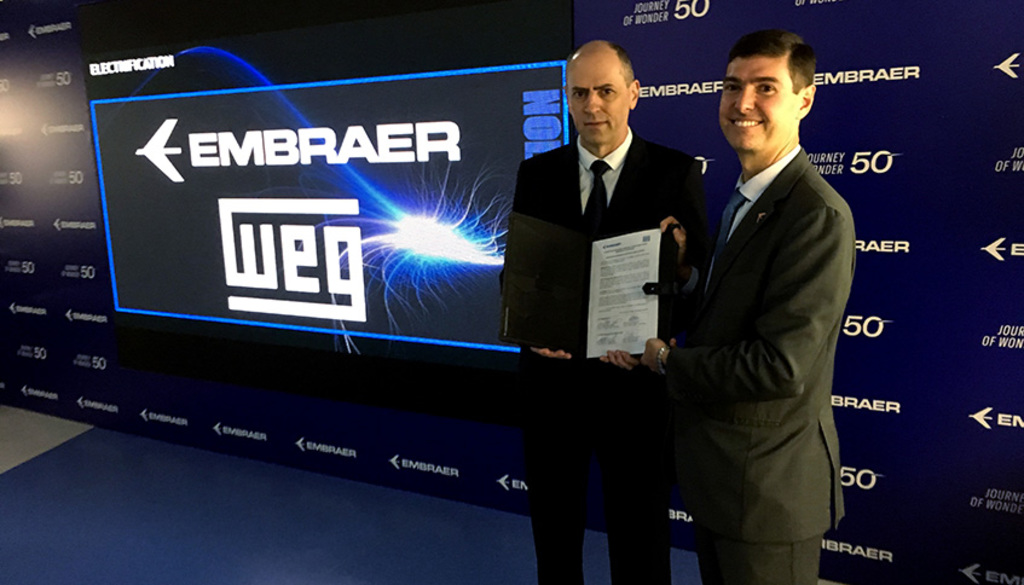 The new technology cooperation agreement seeks to accelerate knowledge in the use and integration of electric motors in aircraft propulsion, which in turn will lead to deliverable benefits such as greater energy efficiency and better environmental sustainability. An electric-powered demonstrator already has its first flight scheduled for 2020.

Two of Brazil’s largest exporters of high-technology products, WEG and Embraer will work in close collaboration to develop the required electric propulsion technologies. The electrification process forms part of extensive efforts which aim to ensure the environmental commitments of the aerospace sector.

Advances in scientific research can make clean, renewable energy a major enabler of new urban and regional air transport that is more accessible to the population,” states Daniel Moczydlower, Executive Vice President of Engineering and Technology at Embraer.

Manfred Peter Johann, Managing Director of WEG Automation, says: “Our constantly evolving powertrain technology, developed over many years for proven applications in trains, buses, trucks and boats, has paved the way for this exciting scientific and technological cooperation. We will work in unison to enable the electric propulsion of aircraft, and increase the technological capacity of WEG, Embraer and Brazil.”

After testing the newly developed technologies in the laboratory, an aerospace platform will be used for the integration and testing of complex systems under real operating conditions. A small, single-engine aircraft, based on the EMB-203 Ipanema, will be used as the test bed for primary evaluation, before the first demonstrator flight next year.