How the Danish navy put new wind in its sails

NOT MANY of today’s best practice technology stories start with naval ships, life-threatening situations and the potential of war. But in the case of the Danish Navy and its need to upgrade vessels in their elite Absalon-class support fleet, this is exactly the situation 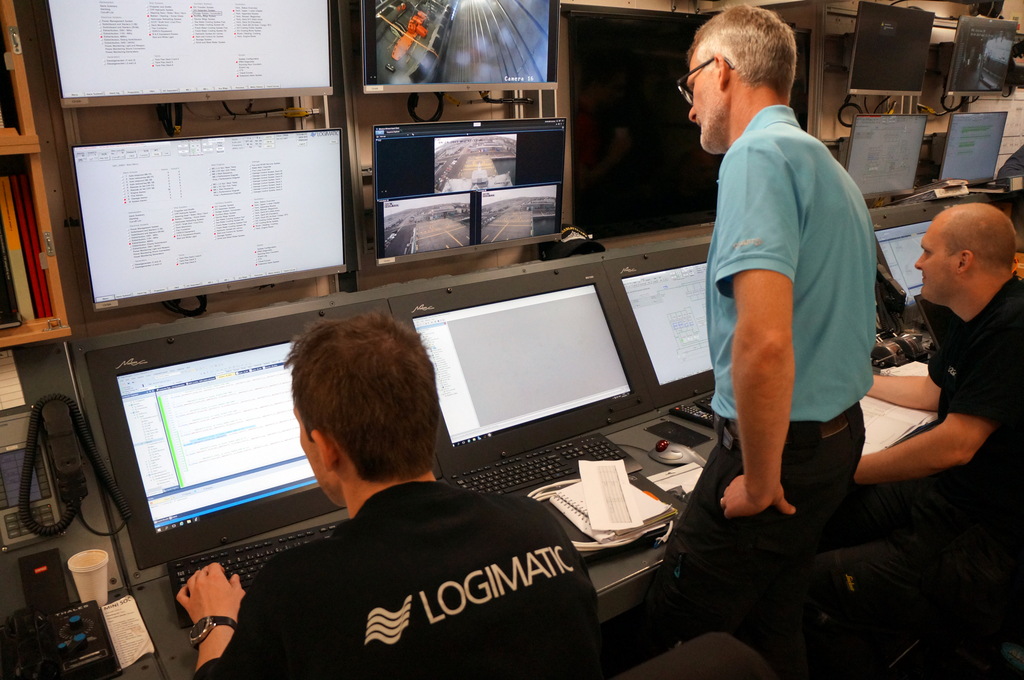 Understanding the specific needs of the armed forces can be difficult for even the best ‘civilian’ technology architect to tackle, however LOGIMATIC, a leading system integrator had extensive experience working with the Navy. Together with long-time ally Rockwell Automation, it faced the first of the Danish Naval flexible support vessels when it arrived into dry dock for a complete technical overhaul.

Built in 2003, the Danish Navy ship HDMS ABSALON (L16) was scheduled to have its automation and remote control system completely replaced after a 15-year lifespan. The situation called for nothing less than a complete modernisation of the ship’s entire technical infrastructure.

Running the ship’s outdated ‘thick’ system was not only excessively expensive to maintain, but in many cases had become so obsolete that it was no longer updatable. User terminals around the vessel with banks of screens controlling different functions such as fire management, warning systems, camera monitoring and alarms had become a labour intensive task to maintain.

It had become critical to overhaul this aging infrastructure to confirm that serving naval personnel could access the right application from the right location at the right time, with a modern visualisation system which would not only improve the user experience, but also to save time and potentially save human lives.

"Clearly the ship’s technical abilities were antiquated and needed to come into line with more modern capabilities,” explains Mathias Jensen, project engineer, LOGIMATIC. “The Danish Navy was keen to find new flexible, yet resilient, solutions for their personnel which could be easily implemented and activated.”

LOGIMATIC, knew the situation required a 'leaner' system which would connect the entire vessel in a way where content could be managed, delivered and shared with terminals anywhere across the ship via any crew member.

However demonstrating to the Danish Navy that this system was the best plan of attack was not as easy as a standard pitch. So LOGIMATIC decided to go the extra mile – custom building a dedicated, fully operational proof of concept lab where the proposed systems could be tried and tested first-hand.

After in-depth consultations with the navy, including time spent inside the lab, LOGIMATIC’s recommendation was to design and implement ThinManager, the simplified technical architecture from Rockwell Automation which simplifies management of hardware, applications and visual sources. Having been impressed with much of the pre-work performed with ThinManager during this consultative process, navy personnel readily agreed to set sail.

“We spent a huge amount of time together with the Danish Navy inside our concept lab, constantly reviewing designs and trouble-shooting potential issues,” continues Jensen. “We knew that we would have a limited amount of time on the ship itself, so it was critical that all parties felt comfortable with our plan. The concept lab was an excellent way to do so.”

Once the project was officially given the green light, it quickly became necessary for LOGIMATIC to go beyond the land locked lab and set out to sea with the ship’s crew, regardless of the 20 year history working with the Danish Navy. The company needed to gain a stronger first-hand understanding of the pain points, naval requirements and best-case solutions required for ThinManager implementation.

Everything considered ‘standard practise’ with civilian clients went overboard when the LOGIMATIC team began working directly with the crew of the naval support ship. Seemingly simple issues such as switching between screens, pressing a button or even the size of a standard mouse needed to be considered as a potential matter of life or death.

By gaining a deeper level of understanding and appreciation of the conditions that the IT infrastructure would need to perform under, the LOGIMATIC team developed a specifically tailored ThinManager solution. Purpose designed software was programmed into carefully considered hardware, with multiple sources integrated into single display terminals instantly capable of reading and reacting to constantly incoming data from all over the ship’s IP cameras, FactoryTalk View SE SCADA system and other third-party software packages.

Sailing on a technology wave

Once the initial system was installed, the LOGIMATIC team continued to sail with the Danish Navy onboard the newly refitted HDMS ABSALON (L16). Testing and refining the infrastructure in real life scenarios throughout Norway and Scotland allowed for a collaborative effort to hone systems, hardware and protocols.

What was a heavy system of aged hardware and countless sub-systems had been upgraded with customised server based software and virtual machines at each user terminal. Easily accessed by assigned personnel and seamlessly delivering the content that is most relevant to each situation, the HDMS ABSALON (L16) had taken a giant leap forward from its fifteen year old self that had been hoisted into dry dock only months earlier. So-much-so that sister ship HDMS ESBERN SNARE (L17) was quickly approved for a complete technological overhaul.

Any unforeseen downtime at sea can be dangerous, especially in potential combat situations

“Having the ability to work on terminals with a consistent, lightning-quick speed can literally be a life or death situation. Our crew members are now empowered to quickly act, under any level of stress, with a system that is consistent and intuitive to use.”

Lowered cost of operation is also one of key benefits the Danish Navy has experienced as a result of the ThinManager implementation. Excessive and expensive-to-maintain hardware has been removed in place of more modern, efficient controls together with HMI software. ThinManager is also scalable to allow for any number of adaptations and necessary changes over the coming years, which translates to a reduction in costs especially when compared to the legacy system.

Security in any armed forces is paramount and nothing more so than a naval vessel at sea or dockside where all precautions need to be taken against malfunctions and the threat of outsiders bringing computers or USB’s onboard for example. LOGIMATIC implemented the ThinManager system to employ the highest of security measures. While the new system is still an ‘open system,’ the architecture makes executing protective means far more efficient and effective.

“We’ve seen a very positive impact on the entire Danish Navy via of this project,” says Præsius. “The new technology provides a blueprint for improvements to be made throughout the rest of our fleet. The successful upgrades to both HDMS ABSALON and ESBERN SNARE has paved the way for enhancements to three of our Naval frigates. We’re looking forward to seeing what else we can accomplish together.”