Whether it is the Labour Party’s recent vote in favour of renationalisation, new compensation arrangements for disgruntled passengers, or the strategic case for HS2, the railways are never far from the headlines. 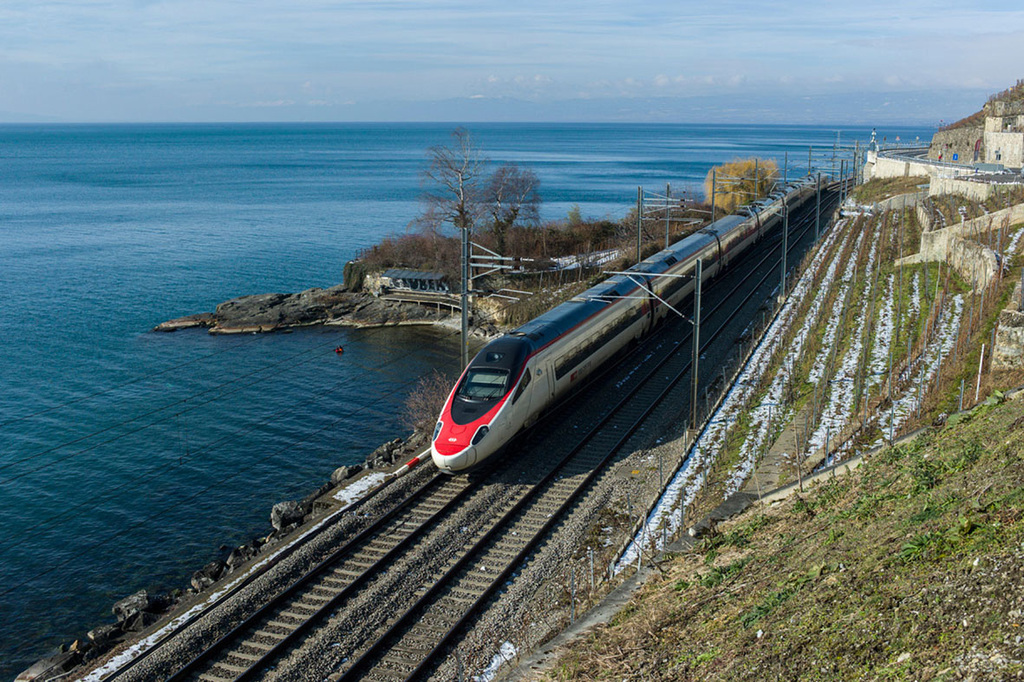 And little wonder because, not only does the sector provide a vital part of the infrastructure, but according to a report by economists Oxera for the Rail Delivery Group it also  contributes up to £10.1billion in added value to the national economy every year.

Key findings include sector benefits passengers and freight users by £14.3b a year; pp to 7.7m tonnes of CO2 emissions are saved per year by using the railway rather than other types of transport - valued at up to £460m annually; and up to 865 accidents prevented each year by the use of rail transport, leading to savings of up to £308m from the economic, medical and social costs that would be incurred by these accidents. Additionally,  the Rail Delivery Group asserts that  rail and its supply chain also supports 216,000 jobs and pays up to £4b in tax to the public purse.

Behind all these figures, the task of keeping the railways running reliably and safely, within budget is a colossal task, but one that results in fertile ground for technological development across a huge range of products and services.

At Loughborough University engineers have come up with a failsafe track switch designed to eradicate a 200-year-old problem on the railway. The breakthrough technology known as Repoint is a robust and reliable points mechanism, which is is claimed will improve safety, reduce maintenance costs and boost capacity on the railways.

Supported by the UK Rail Safety and Standards Board (RSSB), Repoint is the result of work carried out with industry experts into improved switches to override track switch failures which can lead to train derailment.

Using safety concepts derived from aerospace and the nuclear industry, Repoint corrects a failed switch through a patented arrangement of interlocking rail ends which incorporate a sliding arrangement similar to a breather switch. A lift and drop mechanism allows for expansion and provides an additional locking mechanism with virtually no friction losses.

The mechanism can also move the switch in fractions of a second compared to the current four seconds for conventional designs.

Professor Roger Dixon, head of the Control Systems Research Group, said the next step was to build a prototype switch to be trialled in a non-passenger environment either on a test track or a siding.

"Repoint is a robust alternative to conventional switches that breaks with 200 years of tradition to offer a change in design that is inherently failsafe and fit for a 21st century rail network,” he said.

"A standard switch takes around four seconds to move, during which time a train may have travelled a distance of 200 metres. Repoint’s ability to reduce this time to under a second improves rail capacity without the need to build new infrastructure. It also has the potential to deliver huge cost savings, and will result in a significant increase in reliability and safety to the rail industry worldwide.

The group is currently seeking development partners from around the world to help roll out the technology across international rail networks.

Combining high-speed high-resolution cameras and cutting-edge pattern recognition software to automate the detection of track defects, Omnicom Engineering’s OmniVision system has been installed on several specifically designed Measurement & Inspection trains. The system improves both the quality and safety of the process whilst saving huge amounts of time and money. Omnicom chose Multipix Imaging and its extensive vision component knowledge to assist in achieving the solution.

All images are synchronised and positioned using the Real Time Positioning System (OmniRTPS). In addition, geometry data is synchronised with the imagery. The data is logged onto a high density, robust storage network on the vehicle. At the end of the shift, image processing algorithms are run on the images and candidate assets and defects are presented to the On Train Inspector for validation and reporting.

Multipix Imaging worked closely with Omnicom recommending and specifying the vision components; combining different aspects of machine vision technology, ranging from 3D to thermal, with the visual imagery being captured by a series of Basler Sprint Linescan cameras, with the scene being illuminated using ProPhotonix Cobra LED line lights. The high speed data is recorded uncompressed direct to hard disk using IOI Industries DVR CORE which is a Solid State Drive based storage device. The image data is then processed by MVTec’s HALCON and results are combined with the extensive set of data also being processed and stored, from other non-vision devices, which makes Omnicom’s OmniVision such a powerful solution.

Micro-Sensor recently supplied curve detection systems for use on high speed trains on the Haramain High Speed Rail Project in Saudi Arabia. These high speed electric passenger trains travel at speeds of up to 300km/h across a 453km network between Medina and Mecca.

For high speed trains that travel at speeds in excess of 160km/h, European rail industry regulations stipulate that these trains must be fitted with suitable derailment safety protection systems. High vibrations resulting from the interactions between the train and the track can potentially cause a carriage to derail.

For the Haramain High Speed Rail Project, Micro-Sensor supplied bogie-mounted vibration sensors for improved derailment protection and curve detection systems to monitor carriage/wagon tilt in curves for better control of lubrication of the wheels during curves in the track.

Vibration sensors for bogies often need to be customised to suit different train types. The environment on a bogie is also harsh, with risk of damage to the sensors if they are not adequately protected from dirt, dust, rainwater and flying debris (e.g. stones and gravel) underneath the train. In order to survive in this type of environment, Micro-Sensor vibration sensors are housed in stainless steel or high thickness aluminium and certified to IP68 and EN50155.

Unlike other curve detection devices used on trains, which measure centrifugal forces, the Micro-Sensor curve detector operates using a gyroscope. This innovative technology is not influenced by inclination of the track in the curves. Made from silicon, the gyroscope measures the angular velocity of the train on a continuous basis. The curve detector provides a current and voltage output to the train’s central electronic control system or onboard telemetry system. This reduces wear of the wheels and lubricant costs. In addition, the sensor can be used for collecting data for predictive maintenance of the wheels, which increases maintenance intervals and train availability. Furthermore, the measurement system can be retrofitted to existing trains.

Like any industry, the railway sector has a certain set of standards and assessments that must be met by suppliers. Stadium IGT, one of the UK’s longest established specialist Human Machine Interface (HMI) technology providers, has achieved qualification to the requirements of RISQS, the supplier management community for the GB transport industry. This achievement will allow Stadium IGT to rapidly grow their business in the the railway sector.

RISQS is managed by the Achilles Group, which creates and manages a global network of collaborative industry communities, allowing trading partners to share high quality, structured, real-time data enabling buyers across an industry sector to identify and manage risk and suppliers to increase market reach while increasing compliance and minimising costs for the network as a whole.

Train operators have three goals when getting passengers from one destination to another – safety, comfort and speed. Running high speed train at speeds up to 250kph helps meet these needs, but the cost of installing dedicated high speed track, with gentle curves and gradients, is prohibitive for all but the most profitable routes.

In the case of Switzerland, with its numerous mountains and lakes that crisscross the major routes, building a dedicated high-speed rail infrastructure is impractical. The alternate solution of running the high speed trains on conventional track would compromise passenger safety and comfort.

SBB has found a solution in the form of nineteen ETR 610 trains manufactured by Alstom. Each ETR 610 train comprises seven carriages, which can accommodate up to 430 passengers, and travels at speeds up to 250kph on regular rail routes.

Anyone travelling within a vehicle will experience the effects of inertia when rounding a bend – the centripetal force will press the passenger into the seat causing discomfort, while those standing can lose their balance. Tilting trains are designed to counteract the effects of inertia by compensating this g-force. Early ‘passive tilt’ trains relied on the inertial force to produce the tilt motion. More recently, however, a computer-controlled power mechanism is used to perform an ‘active tilt’ motion.

In reactive mode, bends in the track are detected by gyroscopes, which determine their precise angle, and by accelerometers situated on the first bogie of the lead car. The on-board computer ascertains the tilt angle required and transmits an order to each carriage’s bogie cylinders, timed according to their position and the speed of the train.

By reducing unsprung and simple suspended masses, the train’s dynamic behaviour has been optimised

The tilting pantograph is mounted on a sliding carriage that is fixed firmly to the roof of the train and also features Eaton hydraulic components. When the train tilts, an active counter-translation hydraulic system slides the carriage sideways to compensate for the tilt, allowing the pantograph to remain in its central position.

In anticipative mode, the system relies on a database of the line’s parameters. By comparing this data to information received by on-board sensors, the system can pinpoint the train’s exact position on the line at any moment and order the corresponding tilt for the route as it is reached. By reacting quicker at approaching bends, it is less sensitive to track irregularities and so can offer a smoother transition.

Harting has wide range of connectivity solutions targeted at rail industry infrastructure applications, as well as RFID (Radio Frequency Identification) systems for asset management. One of the latest developments form the company for the sector is a design of pluggable inter-car jumper cable which carries electrical power, data and control signals. The jumpers use Han HPR rectangular connectors to ensure a robust connection to the vehicles, with the addition of industrial-grade Ha-VIS RFID transponders built into the connectors to improve the management and maintenance regime.

Harting’s RFID system also allows data recording from fast-moving trains. Successful tests have been carried out on complete Harting RFID systems involving robust, metal-housed transponders and communications software to allow the recording of data from trains travelling at over 120 km/h. Here, the transponders are mounted on the train and the RFID reader is typically housed in a switching cabinet mounted near the track in conformity with railway standards.