MPs learn how to leverage digitalisation

There is an urgent need to tackle the UK’s poor productivity record with much needed investment in automation and technology, so said ABB’s managing director, Ian Funnell, speaking to members of Parliament (MPs) and leading UK business leaders at the company’s annual House of Commons gathering. 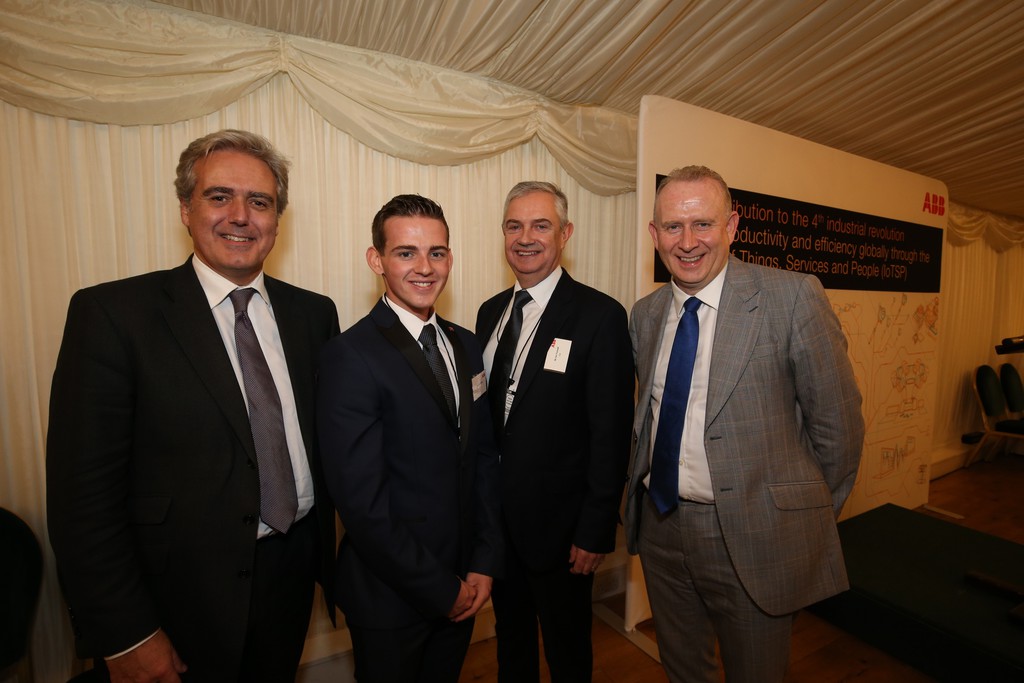 “One stark example of poor productivity is our lack of investment in industrial robots where we lag behind most of the industrialised world,” asserted Funnell. “So we, in the UK, have to generate a climate which supports investment in new digital technologies.”

The event, which was attended by over 80 UK businesses, was hosted by Graham Evans MP and included a speech from Mark Garnier, Parliamentary Under Secretary of State at the Department for International Trade. Funnell used the event to demonstrate how ABB is harnessing the power of the industrial internet of things to create real business value. ABB already has an installed base of over 70,000 control systems connecting over 70 million devices. Yet it is estimated that only 3 percent of the data collected by industrial control systems is positively used. “Our ambition is to make sure that all the relevant data to help manufacturers operate more reliably, efficiently, productively and sustainably is not only collected but fully analysed and actually acted on to improve operations."

Funnell stressed that ABB’s technologies provide the same benefits of efficiency, resilience, energy and cost savings across utilities, intelligent buildings and transport. He also added that “we mustn’t forget the importance of our people in the process – because their technical and industry knowledge make all of this possible”. ABB had a number of engineering apprentices at the event demonstrating the technologies.

“Our challenge to Government”, says Funnell, “is to nurture emerging digital technologies and strongly incentivise their use in our industries and infrastructure. It is a comparatively small investment for an enormous gain.”

Under Secretary of State Mark Garnier appears aligned. In his keynote speech he observed that the key areas of focus for Government are boosting exports, securing foreign investment in the UK and building on the trade relationships the UK has with the rest of the world.  He concluded that it is essential for Government to work with companies such as ABB to help make the UK a more attractive place to invest and ensure our exports are competitive on an increasingly global stage.
At the event delegates were given a glimpse into the future with exhibits such as:

Smart sensor: A ground-breaking way to decrease motor downtime by up to 70 percent, extend lifetime by as much as 30 percent and lower energy use by up to 10 percent

Currently being trialled by two leading UK manufacturers, smart sensor is a mass-produced, wireless device that remotely monitors the condition of low voltage electric motors, using cloud-based services to improve performance by analysing data on vibration, temperature and other parameters. Condition monitoring is no longer a specialist and costly procedure.

Marine collaborative operation centres: Monitoring the health and energy efficiency of ships as they travel around the world to maximise utilisation and reduce energy consumption

Sensors and software on ships send equipment and performance data to centres onshore which allow the owners, in collaboration with ABB’s experts, to perform remote diagnostics and make informed judgements about the ship’s performance and predictive maintenance plan. This reduces incident response times, brings many cost and safety benefits while increasing operational efficiency.

Attendees saw how ABB technologies can increase safety, maximise reliability and availability to optimise real-time performance, smart-grid communications capabilities – all at a reduced cost and smaller footprint. For example, digitalisation of all data at the source reduces the amount of copper used by 80 percent, reduces transformer downtime by 50 percent and improves safety. This virtual world is being made a reality in conjunction with SP Energy Networks in Scotland.

YuMi is the world’s first robot designed to work seamlessly and safely side-by-side with humans – rather than separated by cages. With its two padded arms and flexible hands replicating human movement, YuMi® is capable of handling anything from a watch to a tablet PC with a level of accuracy that can thread a needle.
The increased availability of data, ubiquitous connectivity between machines and people, and the exponential growth in processing power are driving a fourth industrial revolution which is changing business more profoundly than at any time since the start of the industrial era.

Attendees were left with one question: how ready is British industry to exploit the unparalleled opportunity to transform operations post-Brexit? ABB is optimistic.