Fit for the future

MACHINES IN food and beverage production have to be reliable, safe, fast, and without loss of quality over many years and even decades. 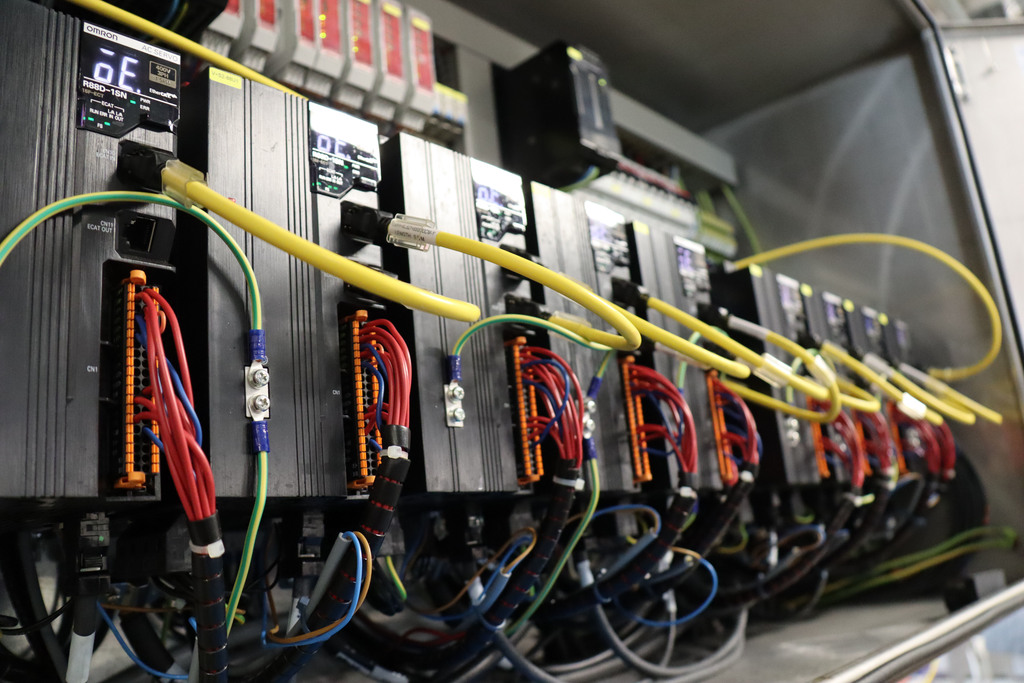 HIGH-PERFORMANCE technologies and continuous maintenance are required, but the machines must also comply with the latest standards, specifications, and requirements of the company. So-called retrofit solutions, i.e. the modernisation or expansion of existing plants and equipment, are essential for competitiveness and future strength. Staveb Automation AG, based in Hitzkirch in the Swiss canton of Lucerne, specialises in these retrofit solutions in addition to industrial automation, robotics, and control engineering. Particularly semi- and fully automated production plants that operate with outdated control systems benefit from such a rejuvenation, but they must be precisely adapted to the requirements of the commissioning company.

As a long-standing solution partner, Staveb relies on control technology from the international automation expert OMRON. The example of the Swiss food company Delica AG shows the advantages of such a retrofit project in the field of cornet ice cream production.

If production plants and lines are to be modernised, companies are driven by efficiency efforts on the one hand. On the other hand, they are also forced to break new ground because support may be running out, spare parts are missing or system updates are no longer available. The problem: repair requests pile up, equipment is not always available, and production grinds to a halt. Staveb has been helping companies in a wide range of industries to modernise their plants and processes for around three decades. Since then, technologies have changed immensely, processes have become more and more automated and solutions more and more connected. What has not changed: Waffle ice cream, so-called cornets, are just as popular today as they were 30 years ago. If a spare part is missing during production, this can lead to serious production losses, which companies like Delica, formerly Midor, want to avoid at all costs.

That is why plants must always be up to date. Modern control systems are the be-all and end-all here, as they help to diagnose faults much faster and easier than before. Moreover, modernisation of this kind increases productivity. This can be achieved, for example, through faster data acquisition and communication, which allows for greater flexibility during product changes. Optimised drive technology also speeds up processes. Delica AG in Meilen decided in favour of modernisation because the control system previously used had been discontinued by the supplier and was therefore no longer supported. In addition, the programming software on the system built in the 90s was no longer running in the current Windows environment. "The system was running well, but in addition to the control problem, the wear and tear was too high and the spare parts were becoming more and more expensive. We therefore also integrated new servo axes and had the susceptible gears replaced," reports Urs Weber, Automation/IH Electrical Team Leader at Delica.

"There was also an increasing number of failures in the drive technology and mechanical spare parts sometimes had delivery times of several months as well as astronomically high prices, which was of course not wanted. In addition, machine safety was no longer state-of-the-art," adds Michael Engler, COO of Staveb Automation AG. In addition to the control system, Staveb's retrofit offer also includes gears, drive and servo technology, safety and sensor technology, as well as measuring systems if required. The focus of every project is on operators and those responsible for maintenance, whose work is to be made easier. Human-machine interface solutions (HMIs) further simplify machine handling. In addition to ice cream production, Staveb has also modernised lines for filling sauerkraut, pasteurising fresh pasta, packaging hamburger patties, vegetables, or ready-to-eat salads.

Delica was already familiar with Staveb and OMRON but had previously used solutions from other suppliers in terms of drive technology. In the modernisation project, everything was to be brought together. "The machine users should always have the same GUI in front of them," Engler elaborates. Staveb has been using OMRON controls for various retrofit projects since 2003. The customers benefit not only from the many years of expertise of both automation experts but also from the fact that they receive a solution that is customised for them from a single source and without a great deal of implementation effort. "We collaborate with OMRON because they are very close to the customer – especially the application engineers are immediately on hand when a question arises," explains Engler.

The basis is the Sysmac automation platform in addition to OMRON's 1S drives with continuous integration from the NX/NJ machine controller to the software. With the Sysmac software platform, PLC functionality, motion control, robotics control, HMI, safety, and camera system can be seamlessly integrated and networked throughout. Sysmac has been used in PLC systems since 1971. "Sysmac is more open compared to other suppliers' solutions and therefore makes production adaptations immensely easier," says Reto Stenico, Area Sales Manager Switzerland at OMRON. He says the platform allows users to react more flexibly to changes, control incorrect entries, and adapt more quickly to new market requirements: "It simplifies the line set up."

Another challenge that had to be overcome in the Delica project was that there are many different production changes: In addition to the different flavours, there are up to 30 different ice cream toppings and up to 20 different shapes that have to be taken into account with each production changeover. Previously, it could happen that up to 30,000 waffle ice creams could not go on sale during changeovers. Thanks to the more modern plant, production changes are now carried out without any rejects. Furthermore, the packaging processes are now between 10 and 20 percent faster.

Retrofit project with a big impact

IoT, artificial intelligence (AI), or machine learning (ML) are often discussed in the context of Industry 4.0. But sometimes it doesn't even have to be the big innovation push to rationalise production and give it new momentum.

"Replacing a control system and the drive technology can often make a big difference when it comes to logging times, energy efficiency, or predictive maintenance," Stenico summarises.