A team at Imperial College London has come up with a bio-inspired bot that uses water from the environment to create a gas and launch itself from the water’s surface. 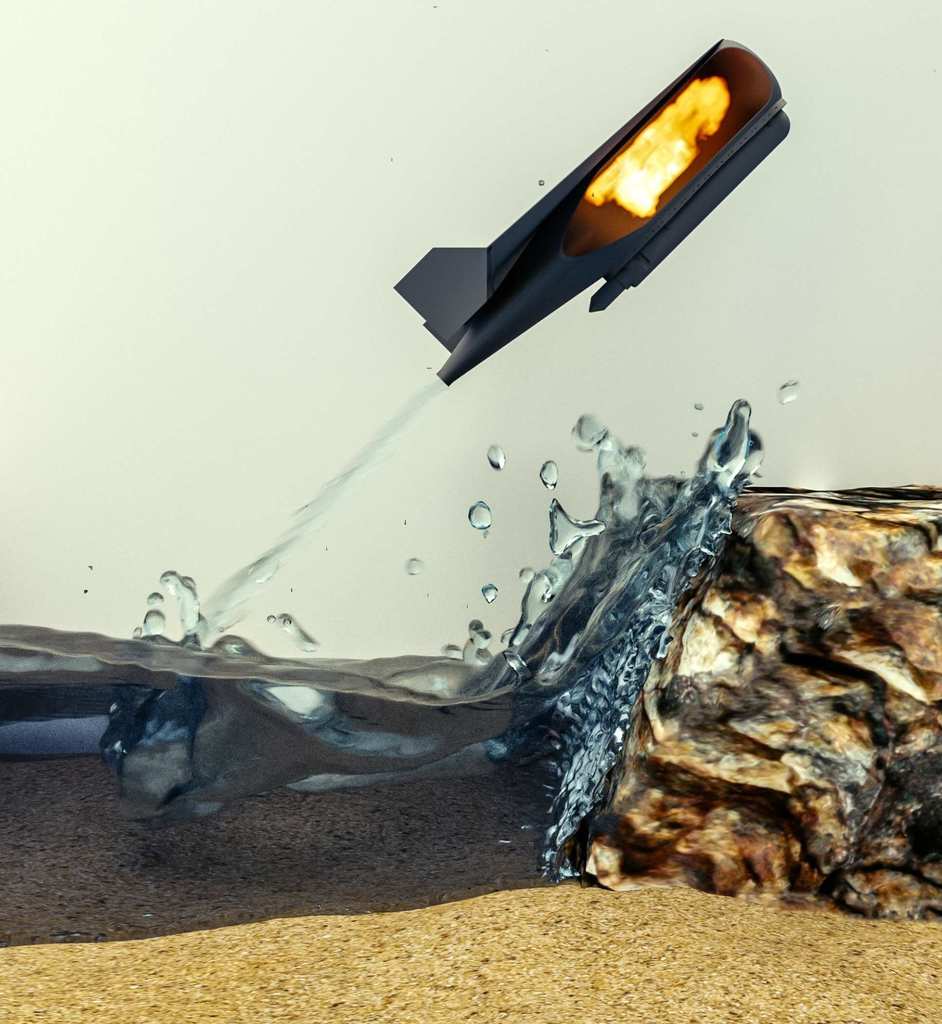 The robot, which can travel 26 metres through the air after take-off, could be used to collect water samples in hazardous and cluttered environments, such as during flooding or when monitoring ocean pollution.

Robots that can transition from water to air are desirable in these situations, but the launch requires a lot of power, which has been difficult to achieve in small robots.

Now, researchers at Imperial College London have invented a system that requires just 0.2 grams of calcium carbide powder in a combustion chamber. The only moving part is a small pump that brings in water from the environment the robot is sat in, such as a lake or ocean.

The water and the calcium-carbide powder then combine in a reaction chamber, producing a burnable acetylene gas. As the gas ignites and expands, it pushes the water out as a jet, which propels the robot clear of the water and into a glide of up to 26 metres.

Lead researcher Dr Mirko Kovac, Director of the Aerial Robotics Laboratory at Imperial, said: “Water-to-air transition is a power-intensive process, which is difficult to achieve on a small-scale flying vehicle that needs to be lightweight for flight.

“We have used water-reactive chemicals to reduce the materials that the robot needs to carry. Since the chamber fills passively and the environmental water acts as a piston, we can create a full combustion cycle with only one moving part, which is the pump that mixes the water with the fuel.”

The team tested the robot in a lab, in a lake, and in a wave tank, showing that it can escape from the water’s surface even under relatively rough conditions. While similar robots often require calm conditions to leap from the water, the team’s invention generates a force 25 times the robot’s weight, giving it a greater chance of overcoming the waves.

The robot, which weighs just 160 grams, can ‘jump’ multiple times after refilling its water tank. This could allow it to float on water and take samples at multiple points without additional power, saving energy over longer distances compared to an electrically powered robot.

The team are now working with partners in Switzerland to build new vehicles using advanced materials and begin field trials of the robot in a range of environments, including monitoring the oceans around coral reefs and offshore energy platforms.