THE NEW G5-5 recommendations on harmonic disturbance are a significant change to the previous G5-4. System integrators and end users must take note to ensure compliance and variable speed drive manufacturers will also need to assist by making their product data available. Wayne Turtillexplains the impact of G5-5 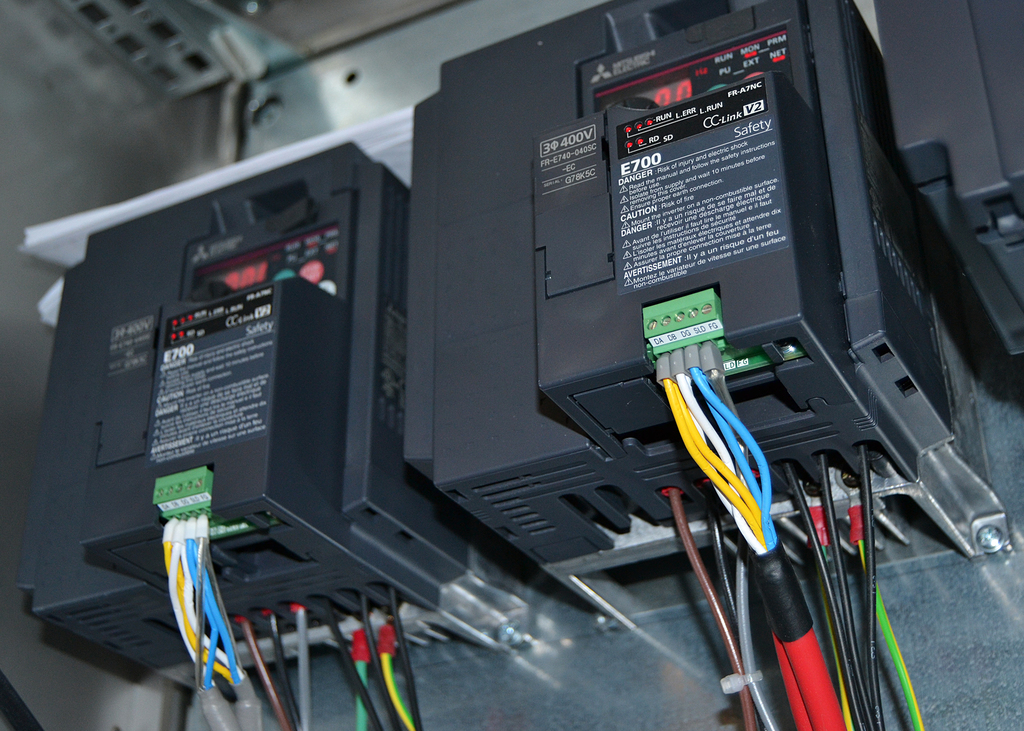 With the exception of the lightbulb, virtually all equipment that doesn’t draw current in a linear way will create harmonics. This category includes variable speed drives. Harmonic disturbance modifies the current and voltage waveforms and can cause issues from the disruption of electronic controllers to the overheating of switchgear. In the most extreme cases, harmonic disturbance can also result in the complete failure of connected equipment.

The reach of harmonic disruption can even extend past a company’s own location to those who share the power grid, such as sites in proximity using the same common voltage supply (point of common coupling – PCC). For this reason, the Energy Network Association (ENA), the industry body that represents the electricity network in the UK and Ireland, created the Engineering Recommendation (EREC) G5-5, which provides the maximum individual and total harmonic voltage distortion levels applicable to UK distribution networks. The levels guide harmonic assessments and set limits for the connection of non-linear / resonant plant and equipment.

The proliferation of additional connections such as small-scale power generation plants, has increased distortion on the network and as a result the good practices recommended in the Electromagnetic Compatibility Regulations 2016 legislation required an update. Already in effect, is the latest G5-5 iteration, which supports the updated good practices. Along with Mitsubishi Electric’s system service partner, PQM, the two organisations represented drive and control equipment manufacturers on behalf of GAMBICA, the UK’s control and automation trade association, in the development of G5-5 with the ENA.

G5-5 is applicable to both new sites as well as modification to existing sites. G5-5 also includes new levels for planning and compatibility of harmonic distortion. The planning level represents a site’s probability of disturbance within the operator’s electrical network and the compatibility level is the point where equipment failures can occur. According to G5-5, the network operator specifies a level of voltage distortion at which connected equipment to the supply network is likely to be affected, based on percentage of total harmonic distortion (THD). G5-5 also includes a headroom calculation to determine additional distortion which could be added to the supply above the background level but below the maximum permitted planning levels. The amount of distortion already generated by other users on the network impacts the headroom value that the operator will allow.

Some allowance has also been made for medium sized sites with their own transformer compared to the previous G5-4 recommendations. Some of the planning levels above 400 V but below 33 kV have increased. There are no explicit current distortion levels set within the document and the level of harmonic current permitted is dependent on the calculated harmonic voltage distortion for a supply and Fault Level.

Technical amendments to the previous regulation

With G5-5, voltage distortion levels up to 2.5 kHz (50th harmonic) are assessed and equipment that generate higher orders are evaluated up to 5 kHz (100th harmonic), though in the latter case this is highly unlikely to apply to most variable speed drives. A further change for G5-5 also means that equipment that generates a short burst of harmonic distortion such as soft starters are now taken into account, with an allowance of 314 kVA soft start total connected load permitted for 400 V connections.

A key point is that individual items of equipment are not assessed for compliance and that G5-5 is a site standard rather than a product standard. A significant change in practical terms is how the site standard is assessed and G5-5 is significantly more in depth than its predecessor. For example, with G5-4, in general a site with variable speed drives below 28.9 A at the fifth harmonic for a 400 V connection would pass assessment, as would an 11 kV common coupling below 3.9 A at the fifth harmonic. Instead G5-5 divides the voltage assessment over three stages with each divided into subsequent levels.

An additional aspect of this now includes the combination of variable speed drive features, which were not previously taken into account. New to G5-5, the combination of drives with active front end (AFE) or harmonic filters and 6 or 12 pulse systems correspond to different stages of assessment. Mitsubishi Electric and PQM campaigned to ensure that drives without AFE but with active harmonic filters could be recognised as compliant to a G5-5 site-standard, providing that they achieve the same harmonic output as an equivalent drive with AFE. Without this amendment, end users with 6 pulse drives above 22 kVA would have faced a significant challenge to achieve compliance.

The implications of G5-5 will span all sectors, particularly the water industry with many sites across the country using high power drives and motors. While this sector is well-versed in harmonic compliance, end users will now have to think more carefully about harmonic assessment. Increasing the volume of equipment and drawing greater power means that considerations over headroom will have to take place as part of a harmonic survey and design. G5-5 also raises the bar for variable speed drive manufacturers who will have to supply more information on the harmonics they generate based on impedance and reactance in order to create an effective model to help consultants and end users achieve compliance.

All this may seem rather daunting but help is at hand and Mitsubishi Electric can provide a consultancy service for end users and system integrators to achieve G5-5 compliance, providing modelling as well as the design and installation of active harmonic filtering to meet the prescribed harmonic level. While the new recommendations provide a greater challenge to achieve, G5-5 is helping to create a better network for all stakeholders concerned.