The digital future has begun

Factory digitalisation will significantly increase productivity; networking machines enables processes that can be evaluated and then optimised using data in company-wide IT systems. The TE Connectivity (TE) plant in Waidhofen is proof that this is not just a dream for the future 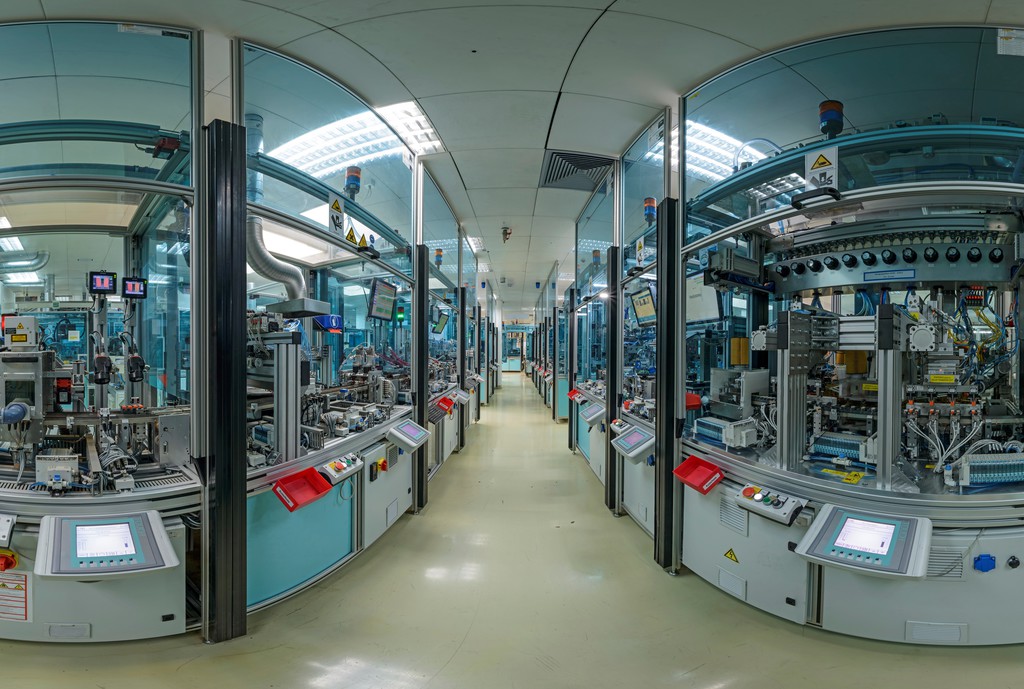 TE has more than 100 production sites worldwide. To digitalise them, the company launched a “digital factory” initiative back in 2014. This involved setting up a center of excellence in which experts from a variety of fields defined five capability levels to be achieved over time. These levels apply to the following modules: basic functions, quality, track and trace, order management, tool management and predictive analysis. In turn, these modules are subdivided into 15 aspects, including, for instance, an MES platform (manufacturing execution system), SPC (statistical process control) and material flow.

The first pilot projects were launched at plants that manufacture products in very large quantities. The forerunner is the Waidhofen plant in Lower Austria, which primarily manufactures products such as relays and cable-to-cable connectors for building automation, and lighting in particular. Its core production processes are fully automated assembly, plastic injection molding, punching and electroplating.

The Waidhofen plant manufactures its relays using a 100% automated process, with up to 60 different process steps running with cycle times as short as 0.3 seconds in one production line. In the initial step, TE aims to bring machine connectivity, user interfaces and alarm messaging and response (in the “basic functions” module) up to capability levels between 1 and 3 by the end of 2017. This will further improve productivity, quality and overall equipment effectiveness.

In addition to production, Waidhofen is also a competence center for the development of electromechanical relays and their production lines. It has many years of experience in automation and process engineering – another reason for selecting this plant for the pilot project.

The basis for digitalising the factory is machine connectivity. Before data can be analysed in IT systems, it first has to be recorded and then passed on. At the Waidhofen plant, 90% of the machines are connected to the network.

Before data can be analysed in IT systems, it first has to be recorded and then passed on

Programmable logic controllers (PLCs) and test equipment in the production lines record and transmit process- and product-related information to the network. The data is then collected by higher-level systems so that it can be visualized and analyzed. To enable the data to be evaluated taking a variety of aspects into account, the MES platform has already had new modules added to it. Some of these modules have been modified in close cooperation with the MES supplier.

To connect the remaining 10% of the machines, with controllers that have no Ethernet port, the Spark gateway developed by TE can convert any PLC protocol into Ethernet protocols such as Profinet, Ethernet/IP or Ethercat and make information available to an Ethernet port on the Spark device. All the machines at the Waidhofen plant would then be possible to transmit status information and sensor data, such as error and alarm messages, together with process data – information about vibration, pressure or speed, for example.

Connecting the machines allows the next two aspects of the “basic functions” module – alarm messages and response – to be implemented. One example of this is the use of existing data terminals on the machines to issue digital transport orders so that materials from the warehouse reach the production area faster. This not only enables faster response times, but also saves space on site.

The aspect of alarm messages and response also covers, among other things, being able to reach maintenance specialists not only by telephone, but also automatically via ‘push’ messages. A typical push message might read “Machine 1 at standstill has top priority.” This shortens the repair time and increases productivity.

As already mentioned, the aspect of alarm messaging and response, as well as those of machine connectivity and user interface are to be implemented by the end of 2017. At the same time, the Waidhofen plant is tackling more modules and capability levels of the digital factory initiative. The modules include, for example, tool management using RFID (radio frequency identification) for track and trace applications, which together with digital maintenance plans will improve the availability of the tools. This also covers software tools that can be used to automate order management – something that has already been implemented at a TE plant in Mexico. There, the plans were previously created by one person in Excel, a task that on average took four days. The new tools complete the corresponding calculations in a few hours, thus ensuring far greater flexibility.

TE’s experience so far shows that digitalising the factory quickly leads to measurable successes, which can be seen not only in more efficient processes and higher plant availability, but also in terms of quality. Information, eg from inline inspection units is always available to the different users in the production line, like operators, maintenance personnel, logistics, etc.. As a result, the number of items produced and their quality can be monitored, not just at the end of the line but also in the process. This uses procedures such as SPC, which shows whether or not specifications are complied with. Action can thus be taken as soon as deviations occur, rather than when it is already too late.

TE began digitising its own factories three years ago, defining six modules and five capability levels for the process. Things kicked off in 2016 in the Industrial business unit at the Waidhofen plant in Lower Austria. This site has had experience in plant engineering and machine networking since the 1990s – in part via TE’s Spark gateway – and also using specific user interfaces. As an important step, the aspect of alarm messages and response tactics were implemented. The next step will be to add more modules and achieve higher capability levels. This is expected to last until 2020. It is not possible to forecast today whether that will prove to be as far as we can go. The experts from TE may define new modules and capability levels that will then enable a further quantum leap in plant availability, flexibility and cost reduction.