A FOOD production company has been fined £858,000 after an employee had his arm amputated after becoming entangled in an industrial food mixer. 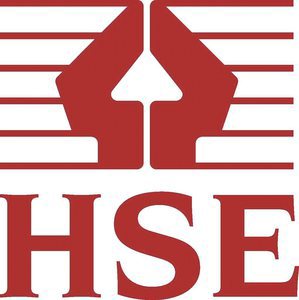 Lee Simpson was removing filling ingredients from a paddle mixer, from which the contents could be removed at the front, at David Wood Baking Limited’s premises in Sheerness, Kent when his right hand and arm were drawn in. Lee, from Sheerness, who was 26 years old at the time, had to have his arm surgically removed.

He said he has now lost much of his independence. He said: “Life has changed so much since the accident and I am doing everything I can to improve, but it will never be the same.

“Since my accident I have become dependent on others, primarily my family and fiancée, to complete daily activities for me, such as cooking and domestic tasks such as doing the laundry.”

An investigation by the Health and Safety Executive (HSE) found that the control measures in place to prevent contact with moving parts were ineffective as the guarding of the mixer was routinely not replaced after cleaning.

The ‘interlocking’ system was also defeated which meant the mixer would still operate without the front guard in place, putting employees, including Mr Simpson, at risk when operating it.

David Wood Baking Limited pleaded guilty to breaches under the Provision and Use of Work Equipment Regulations 1998, Regulation 11(1)(b) and was fined £858,000 and ordered to pay £8,000 costs at Folkestone Magistrates Court on December 21, 2022.

“Every year, a significant proportion of accidents, many of them serious and sometimes fatal, occur as a result of poorly guarded work equipment. To prevent and reduce the risk of serious or fatal injury adequate arrangements and systems of work are required.

“In the food and drink industries machinery and plant causes over 30% of fatal injuries and over 10% of major injuries.

“In this case this was a wholly avoidable incident, caused by the failure of the company to implement safe systems of work and a failure to identify the risks.

“Had the company ensured the interlocks were maintained and remained in working order, the machine could not have been used without the guard in place and this life changing injury could not have occurred.”