igus to unveil first urban bike made from recycled plastic

CONCEIVED TO help address the worldwide problem of plastic waste, igus is to launch the world’s first all-plastic urban bicycle for the UK market at Engineering Expo on 8th June. Its debut showing was at Hannover Messe on 30th May. 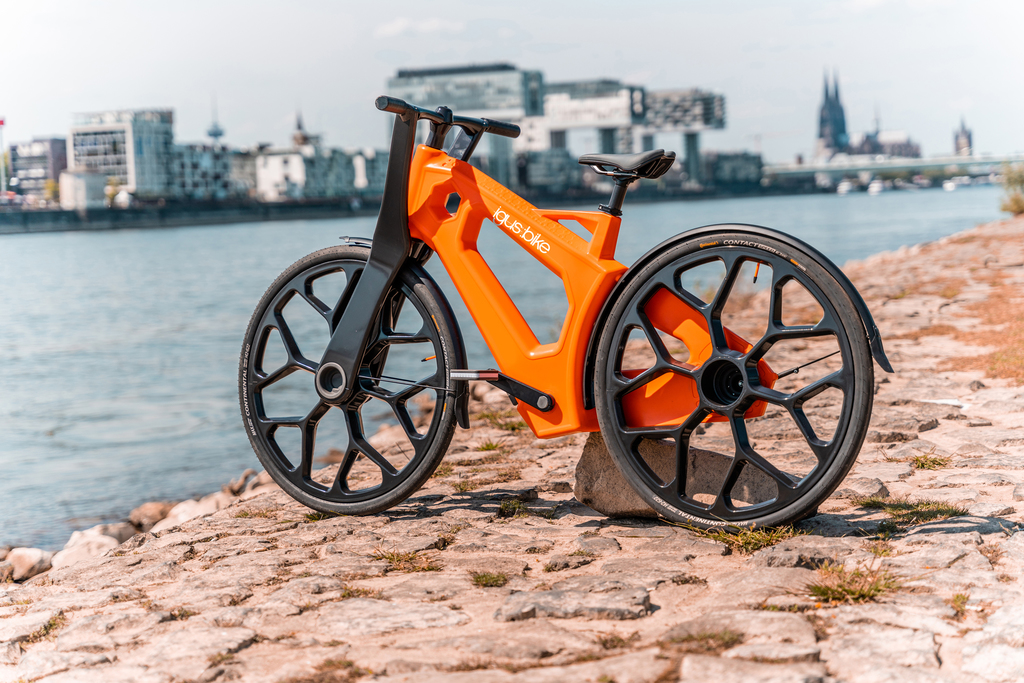 Using the igus expertise in plastics for motion, the bike is designed to be assembled and supplied by approved partners – so igus has made the engineering design and all key components available to all bicycle manufacturers via the new igus:bike platform. The first model should be available by the end of the year.

igus:bike is a robust, durable urban bike made entirely of plastic, from the frame to its bearings and the toothed belt. A special feature of the new bike is that the recycled version will be primarily made of reused 'single use' plastics.

He first had the idea of creating gus:bike on a beach while on holiday. In conversations with a bike rental company on the beach, he learned of their major problems with beach bikes: continuous exposure to sand, wind and salt water and some parts only lasted about three months before they needed replacing. Maintenance and replacement is a time-consuming and expensive part of the bike rental business.

The igus:bike is easier to own and run than any other bike, according to igus. Owners can leave the single-speed bike outdoors in all weathers and clean it in seconds with a garden hose.

“As all components are made of plastic, no part of the bike rusts, even the gears,” says Blase. “Bicycle gears made of plastic were unthinkable for a long time.”

Lightweight, lubrication-free high-performance plastics are used in all parts of the bicycle, from two-component ball bearings in the wheel bearings to plain bearings in the seat post, brake levers and pedals.

All these components have integrated solid lubricants and ensure low-friction dry operation – without a single drop of lubricating oil. This ensures that sand, dust and dirt cannot accumulate and gum-up working parts.

These tribo-plastics from igus have been used successfully for a long time and are used in more than 70 industries: from automobiles to tractors and robots. And they have also had many fans in the bicycle industry for decades, with plastic parts proving their worth there for years in applications such as mountain bikes and e-cargo bikes.

Innovation with experience from industry

In igus’s development laboratories, eight developers are currently working on all moving components of the all-plastic bicycle. Ball bearings, brakes, sprockets, gears and drives are being coordinated by Andreas Hermey, the development manager for energy chains, in close cooperation with the bicycle start-up MTRL from The Netherlands. Tried and tested existing developments from igus were adapted to the new application. The result is smooth-operating, quiet, and durable plastic components that give suppliers globally the chance to benefit from the igus:bike platform

The igus:bike platform offers bicycle manufacturers all over the world the opportunity to jointly improve this technology. The online platform continuously shows the status and progress of all components and explicitly invites market players to participate. The platform is intended to become a contact point for manufacturers who want to build a plastic bicycle and for all manufacturers of suitable components, such as plastic frames, wheels, drives, and pinions. The platform is already hosting initial corporate collaborations, for example Helix.eco for recycled plastics. Many more will follow. “We want to enable the bicycle industry to produce plastic bikes,” says Blase.

First functioning model is planned for the end of the year

Another partner is Dutch start-up MTRL that has successfully put 400 bicycles with plastic frames and wheels onto the Netherlands' roads. “Founders Johannes and Benjamin Alderse Baas are partners who share our vision completely,” says Blase, himself an investor in MTRL. “Together, we are refining the all-plastic bicycle.”

The bicycle start-up will begin production with a children's model and an adult bicycle for cities by the end of this year. The German launch of the production bikes will be in early 2023. Other versions, such as an e-bike, have also been planned. In the future, the all-plastic bicycle will be available both in a new plastic variant and in one made entirely of recycled material. The first prototypes, successfully produced and tested, were made of plastic reclaimed from old fishing nets. The adult bike made of virgin plastic will cost EU1200, with a surcharge of EU200 for the recycled-plastic variant. MTRL is planning manufacturing facilities near plastic landfills around the world.

“From ocean plastics to motion plastics  – the igus:bike concept has what it takes to become a high-tech ecological product,” says Blase.

“We have lots more ideas, such as installing condition monitoring using igus smart plastics,” he adds. “The owner would use their smartphone to see how many more thousands of kilometres the bike can take. That will hopefully convince many people who are still sceptical about plastic.”