Recent technological advances mean that robots can now perform many of the tasks we traditionally associate with the human hand. Here Sophie Hand shares some recent developments in gripping technology. 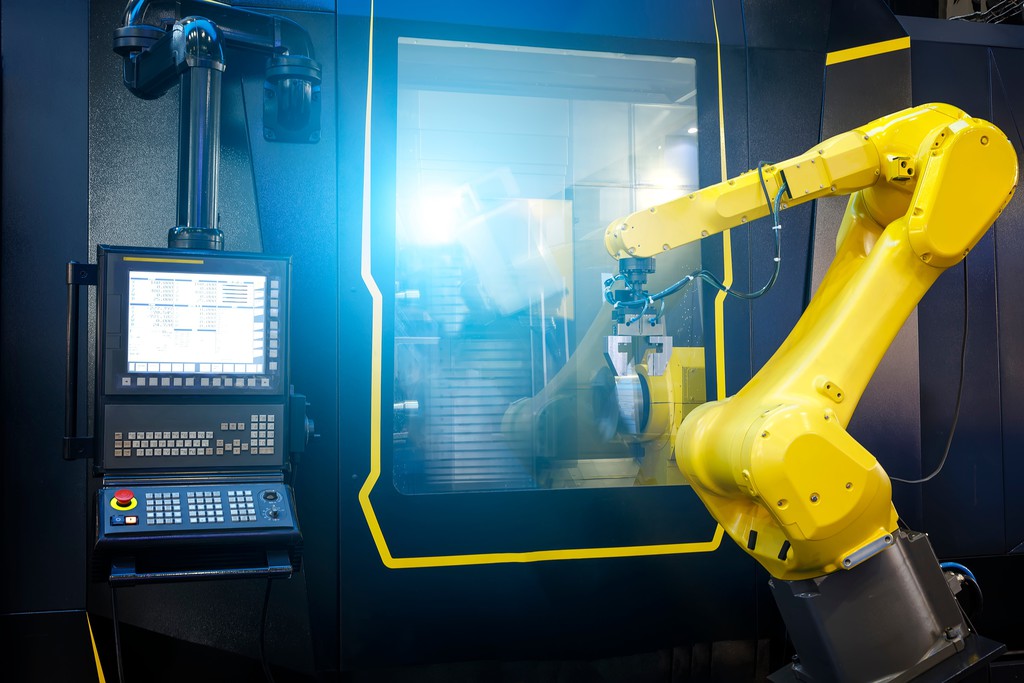 The ability to grip and manipulate objects has been central to the survival of the human race and, since 1969, gripper technology has done the same for robots.  Advances in grippers offers incredible benefits for manufacturers in precision, performance and productivity. Manufacturers can use this end-effector tooling for picking, placing or packing objects. Grippers can handle hazardous materials without a safety risk to employees and can also take over repetitive tasks that may cause a repetitive strain injury.

There is a wide variety of grippers on the market to suit different applications. One of the most basic forms is a parallel motion two-jaw gripper, which is commonly used for lifting objects.  However, there are a number of different designs including bellows grippers, O-ring grippers and needle grippers. As well as their physical structure, grippers can vary in how they are powered, as they can be hydraulic, pneumatic or electric. Despite the number of grippers available on the market, there are still many tasks that are difficult for robots to accomplish. Typical industrial grippers were designed to be task-specific, which means they are not particularly versatile.

Alongside the development of industrial grippers, universities and researchers were developing technology that mimicked the human hand. This technology was challenging to develop, expensive and used a lot of power.  In recent years, engineers around the world have driven incredible advances in robot grippers and these two worlds are now colliding. We now have technology that is affordable, energy efficient and flexible and is able to overcome many of the traditional challenges.

It has historically been difficult for a robot to handle fragile objects with the correct force. For example a robot handling fruit for a food and beverage company must hold items firmly enough so that the fruit doesn’t slip out of its grip, but gently enough that items are not crushed or bruised. The softness of human hands allows for compliant contact where our fingers mould against the surface of an object, but this is not inherent to a robot’s grippers, which are traditionally made of metal or other hard materials. Another challenge for robot grippers is to adapt to what they are feeling — something which comes naturally to humans.

However, businesses are working to overcome this to expand the applications of robots into environments where fragile objects are handled. Soft robotics is a subfield of robotics involving robots that are made with compliant materials, similar to living organisms ― be it the tentacles of an octopus or the fleshy fingers of a human hand.

One start-up working in this area is Ubiros, who has developed an innovative electrically actuated gripper known as Gentle. The gripper has a soft enough touch that it can arrange flowers in a vase without damaging them. The electric actuation delivers more precise control than a typical pneumatic device.

The human hand & beyond

Another historic challenge for grippers was dexterity. Many traditional gripper designs have two or three fingers, made of stiff material. While they are effective for picking and placing tasks, they may not be suited to more complex manipulation activities. To enable robots to complete tasks that require more dexterity, engineers have been developing technology that more closely resembles the human hand.

One example of this is the RBO Hand 2, a human-like hand with five silicone fingers, which has been developed by researchers at the Technical University Berlin. The fingers on this hand are controlled by pressurised air, which causes  them to curl and straighten when carrying out a certain task.  The design means that it can create complex geometries, mechanically adapt to the shape of an object and has low impact energy.

Another example of a company developing soft robotics based on the human hand is the Shadow Robot Company, one of Britain’s longest-running robotics firms. The company specialises in grasping and manipulation for robots and has developed the Dexterous Hand, with 20 actuated degrees of freedom, absolute position and ultra-sensitive touch sensors. The device is therefore suitable for automated tasks that require a close approximation of the human hand.

While a manufacturer is unlikely to use a robot to copy someone’s handwriting, they may have picking and placing or other handling jobs to automate. Developments in gripper technology and advances in soft robotics now means that that robots are overcoming traditional challenges and moving into new fields.