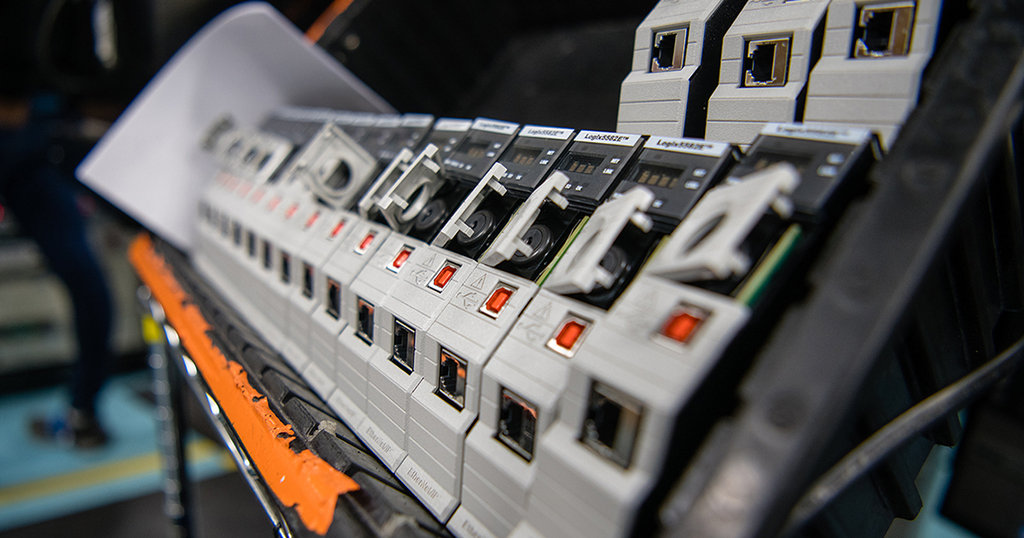 This acceleration in the evolution of controllers has been driven by the growth in acquisition of data at the controller level for enterprise use. We have always had acquisition at the controller, but it has traditionally been for SCADA and for real time control. Now we are looking to that data to provide us with opportunities to optimise the overall production process, and to do that dependent on the application. To do that we need significantly more computing power and data storage capability, those are the things that we are seeing expanding on the edge, and why people are moving data to the client, to allow them to do that computation, and be able to develop optimisation strategies for autonomous operations.

A key component here is the communication network. Network assimilation has been driven by the proliferation of computing technology, predominantly Ethernet. Where we used to have proprietary protocols for different functions, we now connect on a plant wide basis. Where previously there were silos that provided control and automation for specific functions, the abundance of computing capability has increased the capacity of the control layer, bringing all those technologies into the same engineering environment.

But it has now gone a step further as no longer are we just using controllers for control they are becoming the access to the data sources itself. The data from sensors and instruments is collected and the controller can structure and process some of that data at a local level. They are also providing that data to edge devices that we can use on IoT platforms.

Factory floor automation is continuing to move away from individual components, into complete systems and looking ahead that has raised the question of whether controllers will be needed in the future. The idea of a controller in the cloud has been mooted for several years but that is unlikely to be a realistic option for some time. One reason is that edge control is becoming much more important, and as we look to extract more data from those shop floor there will still be a requirement to have some form of controller at that level. There will be more soft control, either within the controller or on the edge that is in close contact with the controller.

It is not just the hardware itself that has evolved it is the way they are designed and configured into systems. Digitisation of the design process for control systems is something that brings all the design elements into a single environment has been around for some time. Having everything in the design environment meant that engineers could engineer regardless of their discipline. You do not have to be a motion specialist to be able to write motion code or a safety specialist to write safety code. All you need is knowledge of those two different disciplines.

The virtual programmable environment provides the flexibility within the control space, to be able to scale from very small applications to very large applications all in the same environment and build objects within that environment. There is also the opportunity for late binding where you can allocate different IO platforms at a later stage which gives the option to decide at the end of the process which platform to use.

We have taken that a stage further as well with a cloud-based platform, where we can now conduct test version control. If we need to do a firmware upgrade, we can test that in a virtual environment. That type of capability will only continue to advance to where we will be building projects in the cloud virtually and testing them before we download. It also allows for collaborative engineering, because all that engineering is done in a virtual environment, so we can have multiple engineers working on the same projects at the same time.