Andy Pye looks at some of the design developments currently emerging to advance the performance, reliability and longevity of electric motors.

Yokogawa power analysers are playing a key part in tests designed to optimise the efficiency of a new generation of motors for electric vehicles being developed by German drives specialist FEAAM.

The new motors are being examined as a means of increasing the efficiency of induction motors with the aim of challenging the limitations that are hampering electric cars – the short range and the high purchase price. An important element of this approach is that the results do not depend on the efficiency at maximum load conditions, but on the efficiency at partial load operation.

A promising approach for optimisation of electric motor efficiency is the concept of asynchronous motors with concentrated windings. Unlike a conventional induction motor with distributed winding, where the coils are wound around multiple lamination teeth, the windings use only a single tooth. Although this technique has been known about for some time, it has not previously been practically applied because of the interfering harmonics that can occur. 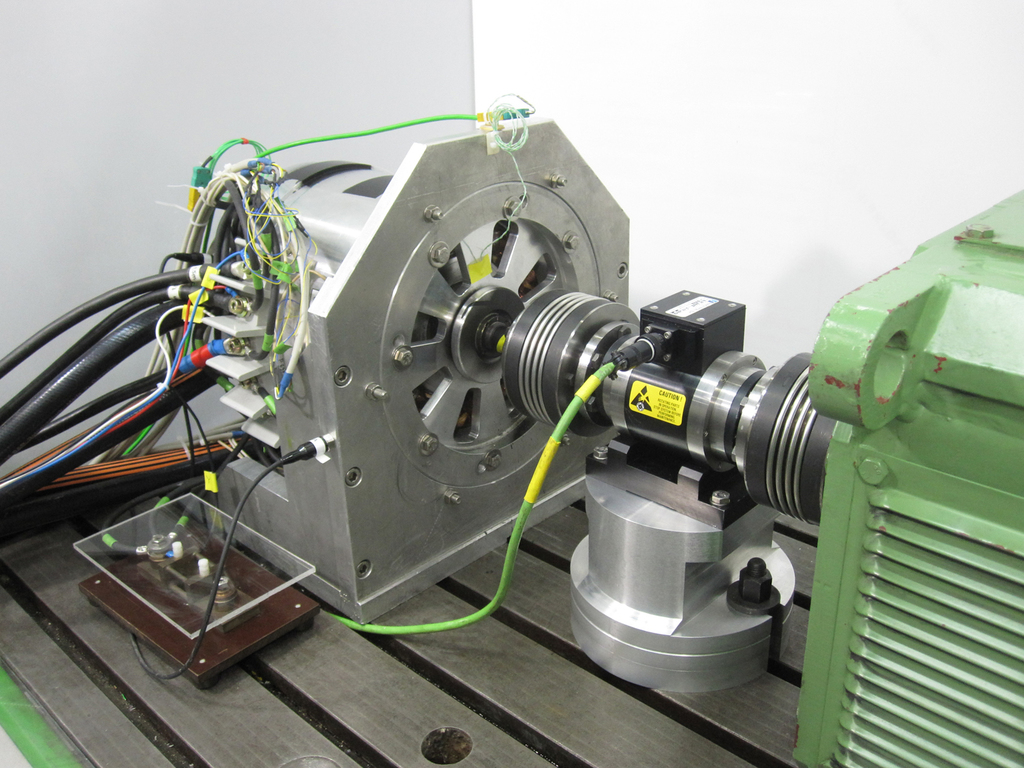 In the joint research project, FEAAM and the university team analysed the magnetic fields in the motor very precisely by a combination of simulation and practical experiments. As a result, they were able to devise various measures to suppress unwanted harmonics. The closer these harmonics are to the working wave, the more they can interfere with the motor’s operation, causing electrical losses or acoustic noise.

Damping of the harmonics is achieved by a special winding technique

The damping of the harmonics is achieved by a special winding technique in which adjacent tooth coils are wound in opposing directions. With the correct configuration of the number of wires in each coil, the harmonics can be reduced. In the research project, the structure of the coils is first simulated using mathematical models, and the effects are then verified by measurements.

There are now several patent applications and the first prototypes have been developed for industrial partners. The prototype of the new induction motor is equivalent to a conventional traction motor for an electric car, and has a power of about 50kW.

Because of the easier production and the higher efficiency at partial load conditions, the new induction motor brings both advantages in terms of acquisition costs as well as the driving range of electric vehicles.

The new winding technology also opens up new advantages in production. The stamped sheet metal parts for the stator can be individually wound and then simply plugged together into a motor. This contrasts with the situation in a conventional induction motor, where the plates are assembled first, and then the winding is applied in a much more complicated fashion. Owing to this complicated production process and the associated high costs of this type of motor, the previous approach would not be ideally suited to the production of several million units per year typically found in the automotive industry.

Olsen Engineering UK has launched the Bison SANIMotor range of stainless steel gear motors that meets the IP69K extreme wash-down rating, established by the European IEC for equipment exposed to temperature extremes, constantly wet environments, and the use of harsh cleaning agents. Electrical components are encapsulated in thermally conductive epoxy resin, allowing use at up to 40C ambient temperature and higher temperatures with D rating.

REO’s latest range of water cooled potted chokes and transformers can increase the reliability and lifetime of electric motor and drive applications. In comparison, air cooled systems often have limitations, especially when the components must be compact.

The use of a water cooling system allows optimal temperature characteristics to be achieved, while the performance of the component is improved. The higher investment needed for water cooling technology is offset by several advantages, including high efficiency and low noise level, a reduction in space requirement by up to 70%, effective cooling at high ambient temperatures and very low housing temperature. Other advantages include extended service life during normal operation and consistently high performance, as dissipated heat is removed directly. Water cooling is the only method that permits cooling below the ambient air temperature, and is ideally suited to industrial applications in which modules with low surface temperatures are required. These include wood and textile processing and ATEX compliant areas where there may be the risk of explosion.

The water-cooled option is available in two forms across the range of components; one version with optimised base plates suitable for mounting on common cooling manifolds and used for multiple component assemblies, and the other with integral water-cooling circuits and pipe connections.

Energy efficiency is the priority in motor design and a leading light in that regard is WEG. The company is targeting the oil and gas industry with a new range of equipment, including the W22X LV and MV line of motors which have been designed in conjunction with the oil industry to deliver performance, reliability and safety in the most arduous operating environment. They combine a wide operating range, up to 20MW, and all hazardous area classifications in accordance with the latest ATEX directives. 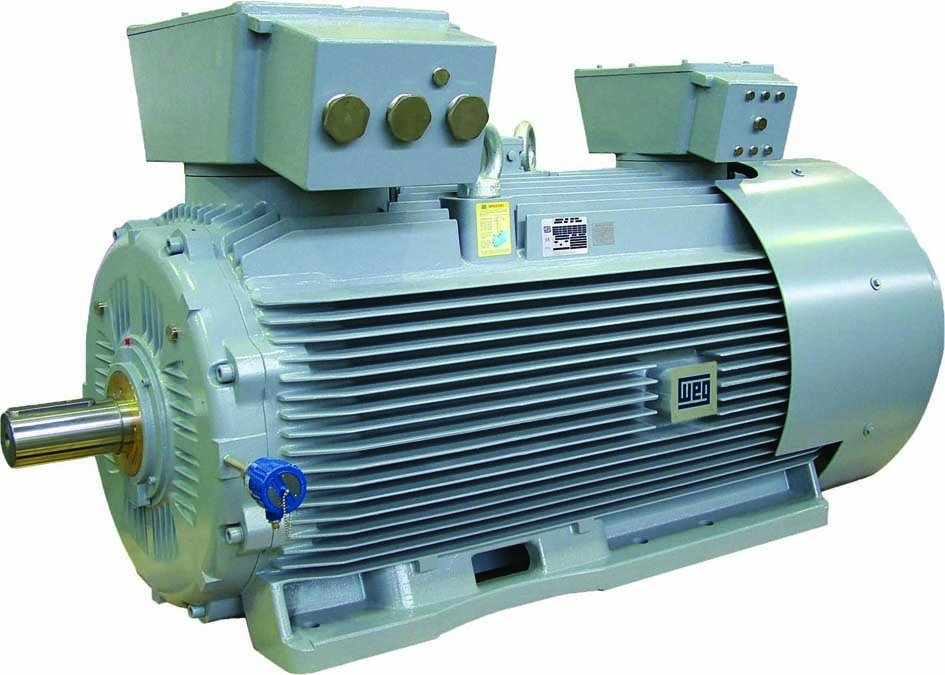 Used on many applications including water injection, multi-stage gas compression and oil pipeline duties, the M-Line is WEG's cornerstone product for the oil and gas market. Designed for larger applications in the output range up to 20MW, the M-Line range utilises a box frame construction that is ideally suited to Ex.p. and pre-start purged Ex.n. applications for zone 1 and zone 2 areas having low leakage rates. The internal dispersement pipes within the box frame ensure an efficient and quick purge cycle thus keeping the cost of providing purging air/inert gas to a minimum and, more importantly, providing quick start up times for operators.

For smaller applications, WEG's "H"-Line range offers robustness of construction and is available in safe area, Ex n and Ex e designs. WEG’s W22X low voltage flameproof electric motor has been designed to provide excellent performance in aggressive and explosive atmospheres. It has an exceptionally high energy efficiency rating to IE3 and as a result, users can optimise their processes and reduce energy usage.