Cemtec, an Austrian company that manufactures wet and dry grinding equipment for bulk materials, industrial minerals and ores, has installed SNS plummer block housed bearings from Schaeffler to maximise the life of its tube mills. 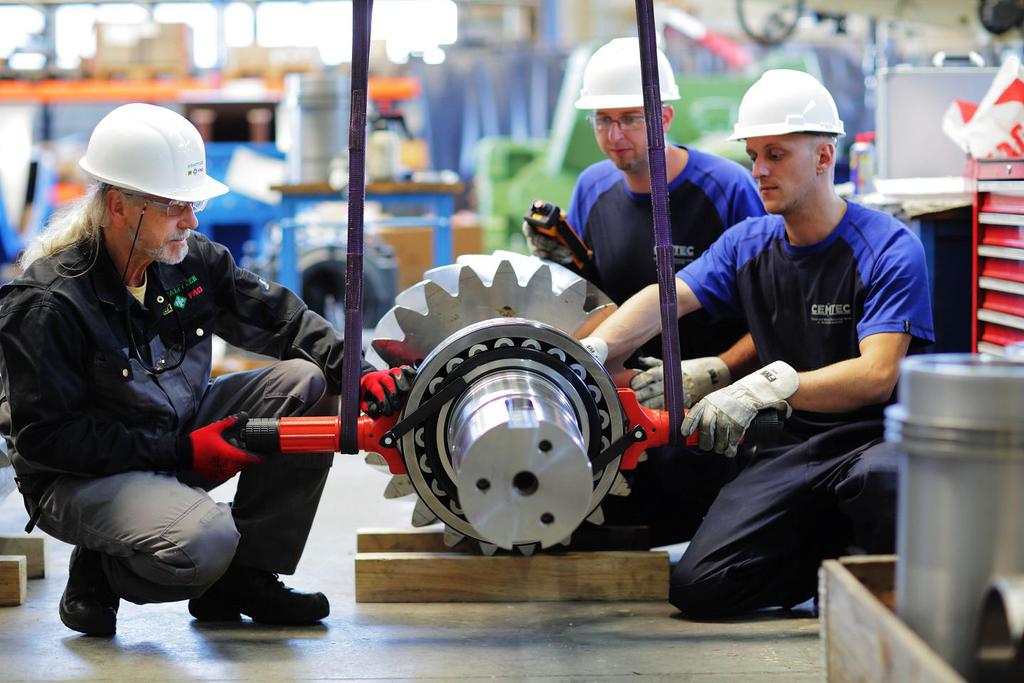 The Cemtec site in Enns, Austria specialises in the design, manufacture and supply of systems for bulk material grinding that are used in a wide range of industry sectors such as cement, mining, fillers and industrial minerals. Weighing in at around 250 tonnes, the steel drums for tube mills have diameters up to 12 metres and can be up to 18 metres long. These mills are used to grind a variety of different materials (wet or dry) into fine powder.

Cement mills are typically designed to operate for 24 hours a day over a service life of 20 to 30 years. Cemtec therefore selected the SNS plummer block housed bearings from Schaeffler, which support the drive shaft between the drive unit and the steel drum. The drum alone weighs up to five tonnes and is exposed to enormous forces.

"Our main focus is definitely on reliability – alongside general commercial aspects. Therefore we have opted for the new plummer block housing and bearing solution from Schaeffler,” explains Werner Pichler, Project Manager at Cemtec. "We work very well together with the Schaeffler engineers, particularly when it comes to larger projects where special, customised solutions are required that do not come straight off-the-shelf.”

Although Cemtec is the first OEM customer worldwide to install the SNS plummer block housings, there were no problems during installation of the split housing. Cemtec engineers were assisted by an onsite Schaeffler engineer, who actively supported the mounting procedure, providing advice and guidance on aspects such as bearing lubrication and inductive heating of the bearings prior to mounting on the pinion shaft.

Manuel Bekier, Schaeffler’s representative in Austria, was also present during the bearing mounting process. He comments: "Due to its unique design, the SNS plummer block housing increases the bearing operating life by up to 50 per cent. This reduces the maintenance requirements and the associated downtime. So the end user reduces costs significantly.”

The SNS plummer block housing for spherical rolling bearings provides more even load distribution on the bearings, resulting in an extended operating life. The optimised design of the housing is not only more cost effective to manufacture, but also easier to mount and dismount. Manufactured from high quality, spheroidal graphite cast iron as standard, the housing ensures a high level of robustness and operational reliability. Other benefits include improved lubrication and condition monitoring of the bearings, as well as increased application flexibility and a significant reduction in overall cost of ownership.

Also, due to the introduction of new, industry-standard mounting arrangements and dimensions, the housing can be installed as a direct replacement (retrofitted) for a wide variety of conventional plummer block housings.

Using its in-house developed bearing design, calculation and simulation software, Bearinx®, Schaeffler has been able to analyse different housing designs with various combinations of bearings, enabling the optimisation of the complete system (i.e. housing and bearings). By introducing some subtle geometrical changes, including a small arch-shaped cutaway at the bottom centre of the housing, the load on the bottom roller (at the apex, 180 degrees) is now distributed more evenly across two or three rollers. By spreading the load from the shaft across a greater number of rolling elements, the operating life of the bearing is increased by up to 50%.

A lubrication bore with a longer groove has been added to the inside of the upper section of the housing. This means that different bearing types installed in each bearing position can now be supplied with sufficient lubricant at all times. The lower section of the housing still contains grease outlet bores, which allow for the removal of used or superfluous grease when relubrication is carried out.

Rolling bearings of different diameters and widths can be installed in the SNS plummer block housing. The bearings are moveable and so function as non-locating bearings. Suitable bearings include the 222, 223, 230, 231, 232, and 240 series.