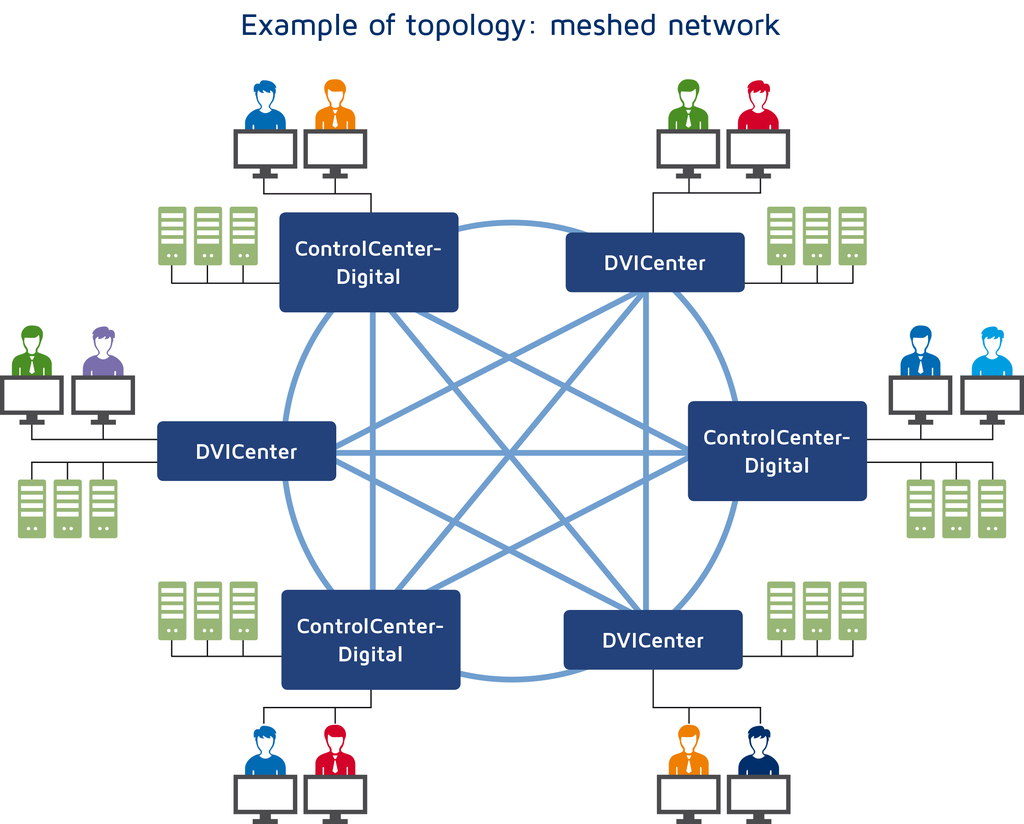 A KVM switch is a hardware device (KVM stands for Keyboard, Video, Mouse) that allows a user to control multiple computers. Although multiple computers are connected to the KVM, typically a smaller number of computers can be controlled at any given time. Modern devices have also added the ability to share other peripherals like USB devices and audio.

KVM over IP devices use a dedicated micro-controller and specialised hardware to capture the video, keyboard, and mouse signals, compress and convert them into packets, and send them over an Ethernet link to a remote console application that unpacks and reconstitutes the dynamic graphical image. Access to most remote or "KVM" over IP devices use a web browser.

Guntermann & Drunck is a leading manufacturer of digital and analogue KVM equipment used in control rooms for industrial process control, in air traffic control, broadcast studios and on ships. Each sector has special features, but the common link is the need to ensure that control rooms are separated from the process itself. Optical fibres are used to transmit signals, making the systems insensitive to any kind of interfering radiation and ideal for use in tough environments. By applying KVM equipment, computers can be easily moved out of control rooms to be placed in separate, air-conditioned technology rooms. Extenders and matrix switch systems make the remote computers available at the workstations in the control room. The distance to the remote computers is bridged by computer modules and user modules connected to the central matrix via CAT cables or optical fibres. By applying these user modules, users operate their computers as if they were placed at their workstations.

In the chemical industry, safety is extremely important. Several control centres monitor all production processes and systems, record their values and analyse them. If necessary, the team working in the control room must be able to react within seconds.

Due to changing weather and a rough operating environment with salty air, high air humidity, waves and vibrations, IT parts must be stored in the many large and small control rooms special equipment rooms required to monitor drive and automation technology, video, AC and ventilation or to monitor helicopter landings. The computers are stored in an access-protected central equipment room.

Now, to expand this infrastructure further, G&D has developed the matrix grid to allow bidirectional operation at multiple locations. The matrix grid uses the features of the dynamic ports provided at matrix switches: each port can be used as input or output and enables bidirectional communication. The ports are not only used to connect computers and consoles, but also serve to establish a connection between individual matrix switches.

Previously, such connections could only be established via cascades. But in classic cascades - which are still possible as an alternative - access from consoles to computers is only exclusively top-down in a tree structure. Now, the database structure in the matrix grid has changed substantially, as it becomes a system of individual devices into one single, large matrix.

Users are no longer limited to the classic cascade tree, but devices can be interconnected as desired depending on a given project. The matrix grid allows highly complex topologies to be set up in a variety of ways, for example, as strand, ring, star, or as a fully meshed network (or as a combination of these). Of course, this wide range of possibilities also challenges planners and integrators to select the optimal topology in each individual case. When connected via optical fibres, locations can even be several kilometres apart from each other – and users of all interconnected locations are able to access all systems connected.