Home >I bought a VSD – now what?
ARTICLE

To make life easier for anyone contemplating the purchase of a VSD, we have put together a list of the most frequently asked questions, answered by the technical support team at Danfoss Drives UK. 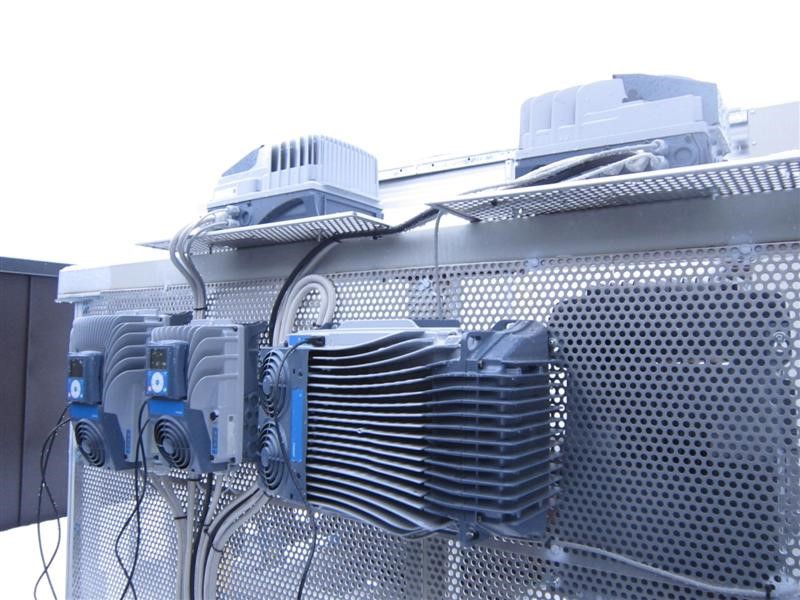 Building administrators and site managers are usually tasked with managing electricity usage whilst keeping business operations going without any interruptions. For the great majority of their electricity-thirsty applications, installing a variable speed drive (VSD) is the appropriate course of action.

1. First things first: why should I fit a drive?

Pumps, fans, heating, ventilating and air conditioning systems used in commercial buildings are normally sized to handle maximum load under worst-case conditions. However, when these induction motors run at full power they use wasteful amounts of electricity and, if they run consistently like that, energy bills skyrocket.

The speed of the motors can easily be controlled with a VSD, which is sometimes also called an inverter. Slowing down a motor when it’s not required to deliver its full output can make it use much less energy. A reduction of speed by 20%, for example, will result in reduction of power consumption by nearly half, and this saving goes straight to the bottom line.

2. How do I fit a drive and how much space is required?

VSDs nowadays are compact and efficient so they will lend themselves to be retrofitted on most motors. It can be mounted above, below, or at the sides of the motor.

An important thing to consider before choosing a drive is where it will go and what type of ingress protection is required. For instance, if the drive will be mounted outdoors and exposed to the elements, an IP65 or better ingress protection rating will be needed, whereas if it is going to be mounted in an enclosure, an IP21 rating may well be sufficient.

3. The most frequent question: ‘how do I start the drive’?

There are two simple things to look at when starting a drive. Basically, you have to tell it how to run and at what speed. Modern drives will then do all the hard work of configuration for you. Starting a modern drive is almost as easy as flicking a light switch, as we’ll now see.

For a typical drive, the user must first put the drive unit into keypad control by pushing the LOC/REM button. The drive display screen will confirm this change and the green start and red stop buttons on the screen will become active. After this, the speed reference can be adjusted, usually by using the up and down arrow keys.

4. How do I control the speed of the motor once drive has been fitted?

There are two ways of controlling a VSD. The first is using an analogue system (this can be in the form of 0-10v or 0(4) - 20mA). Analogue controllers (potentiometers) normally have a rotating dial with markings going from 1 to 10, where 1 is the slowest speed and 10 is the highest speed. Some drives are fitted with digital speed setting systems and inputs that, for example, can be used to tell the motor to run at half speed or quarter speed.

5. Is a variable speed drive the same thing as a motor starter?

Many customers buy a variable speed drive on the basis that it will act as a motor starter for their application – and, in many ways it will, although it is still usual to provide a contactor as well as the inverter to positively disconnect the motor when it is stopped.

The most common conventional ways of starting a motor are direct on-line, start/delta or with a soft start, but all of these mean that the motor can only run at full speed.

A variable speed drive can, however, be set to start the motor rotating, for example, a conveyor belt at minimum speed and increase it as needed later on. From this perspective it can act as a softstart for some applications, such as packaging and bottling lines. Here, fragile objects like bottles and jars are transported via a conveyor belt. The key benefit of the VSD is, however, that it is possible to control the motor speed at any time, not just during starting.

7. Is there any legislation I should be aware when purchasing a VSD for my motor?

In the UK, electric motors are estimated to account for almost two-thirds of industrial electricity consumption according to GAMBICA. The EU energy related products (ErP) directive has released the 640/2009/EC regulation for motors that prescribes minimum efficiency classes for three-phase low-voltage induction motors.

From January 2015, machinery and system manufacturers using new motors with a rated output power between 7.5 and 375 kW are required to achieve at least efficiency class IE3. IE2 motors may be used as an alternative, but only in combination with a variable speed control.

From 1 January 2017 this stipulation will also apply to motors with rated output power of 750 W or more.

8. What maintenance is needed for my newly fitted VSD?

Like any electrical piece of equipment on your site, VSDs need to be treated with care. Simple maintenance activity such as making sure the drive is kept dry and clean from dust will guarantee a longer life. Making sure fans are free from contaminates avoids clogs and overheating so it is important to check on this every couple of months.

9. How long is the useful life of an inverter?

An inverter should function without any problems for seven to ten years, but with good maintenance and proper use its life can be prolonged to 15 years or more. Modern types that use film capacitors in place of conventional electrolytes have particularly long service lives.

9. What sort of fault protection does my inverter gives me?

Most drives can be configured to selectively include optional power components and accessories such as these:

10. What length of cable can I use between the inverter to the motor?

A long cable run is anything over 50m. For that we would advise to install a motor filter or motor choke. Both of these devices can reduce dV/dT and can be used for motors that haven’t been specifically designed to work with an inverter and for which a choke would unnecessarily limit the amount of voltage available.