The length of service life of units and systems is one of the most important requirements in mechanical engineering. In order to prevent system failures, control components (which are subjected to a thermal stress that depends on the load placed on the machine) require climate control. 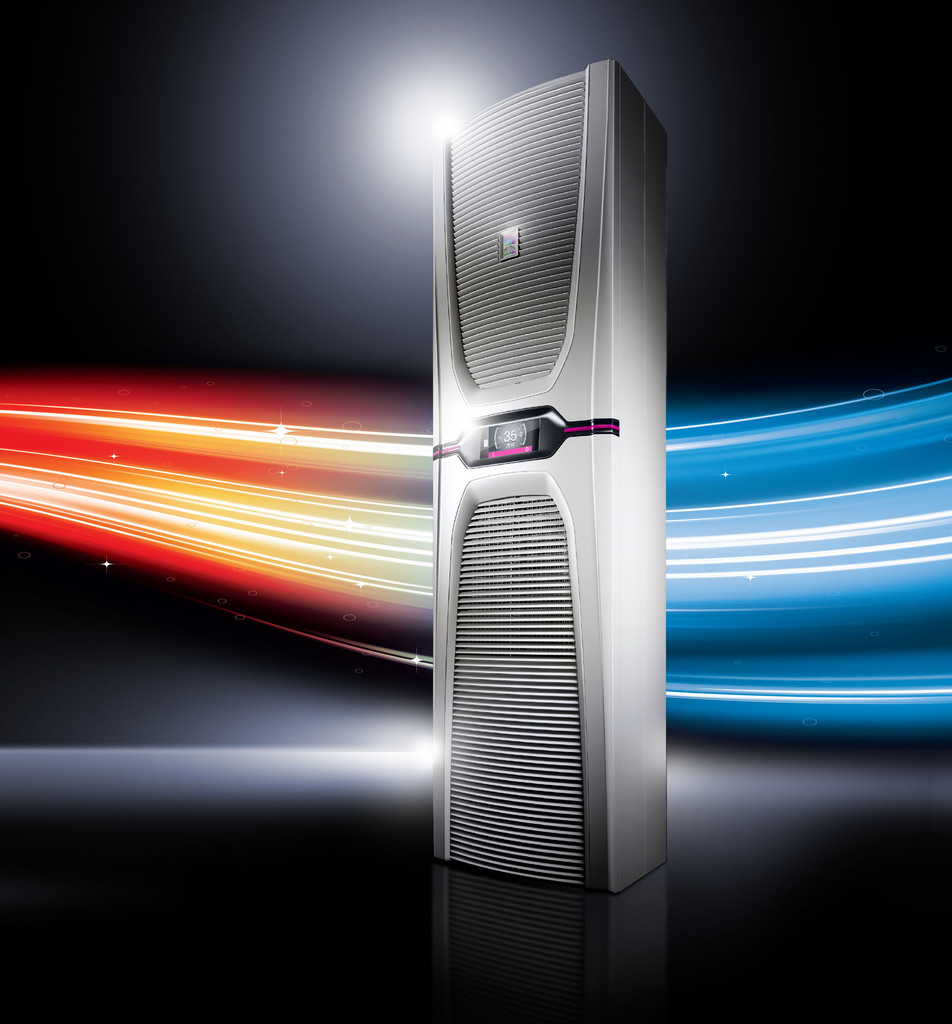 Elsewhere, other tests on Blue e+ units being conducted at AUDI AG confirm energy savings of 75 per cent for enclosure climate control.

Measurements have been taken using both units to record temperatures. The temperature deviation with the conventional two-point controlled cooling unit was 5K from the set value, which is fairly typical. However, over the same period, there was only a deviation of 0.2 K from the new Blue e+ cooling unit, thanks to its new, needs-based controls.

“This result really surprised and impressed me. Given the temperature accuracy of Rittal’s new Blue e+ cooling units, we can significantly reduce the thermal stress on our control systems and automatically increase the life of our systems. An absolute plus for us in mechanical engineering," says Alfred Tenner, head of the measurement and control department at Kapp Werkzeugmaschinen.

High temperature stability is based on a hybrid technology

The high temperature stability is based on a hybrid technology newly developed and patented for enclosure cooling units, as well as novel integrated control characteristics. This works with a combination of a conventional cooling unit and a heat pipe. The heat pipe ensures passive cooling without consuming any energy while the compressor is only used when passive cooling is no longer sufficient. The units can also be adjusted as required and so provide the cooling output that is specifically needed. This saves energy and it also means the life of the compressor is extended.

The energy saving capability of Rittal’s Blue e+ cooling unit series is currently being independently tested at Audi in Ingolstadt, Germany. Comparative measurement of the new development with two other cooling units from Rittal is being carried out in tests on three enclosures. The Blue e+ is being compared with a cooling unit of the current TopTherm Blue e series and an older cooling device.

The first results confirm the performance measurements achieved by Rittal during development.

“Compared with the current TopTherm Blue e systems and under the same conditions, we have so far achieved energy savings of 75 per cent with the Blue e+ unit in cooling this production control system," explained Andreas Korn, of AUDI AG's Automation Technology Planning Division.

A graphic touch screen display on the front of the unit provides operators with relevant information about its operation at a glance. System messages are all displayed in an understandable way while standardised communication interfaces ensure integration in a production plant’s system visualisation and/or operation. The near-field-communication (NFC) interface permits the simple parameterisation of multiple cooling units via an NFC-enabled mobile device.

Thanks to an innovative inverter technology, Blue e+ units are also multi-voltage capable and so can be easily used worldwide.

The multi-voltage capability of the new cooling units is based on an inverter-controlled hybrid technology that was first developed and patented for enclosure cooling units. The inverter can handle every usual input voltage, thus permitting use worldwide.

UL listing permits the cooling units to be operated in the USA without any additional certification being needed.