Andy Pye reviews some latest developments aimed at the oil and gas sector, but, unusually, begins with an innovation aimed at aviation... 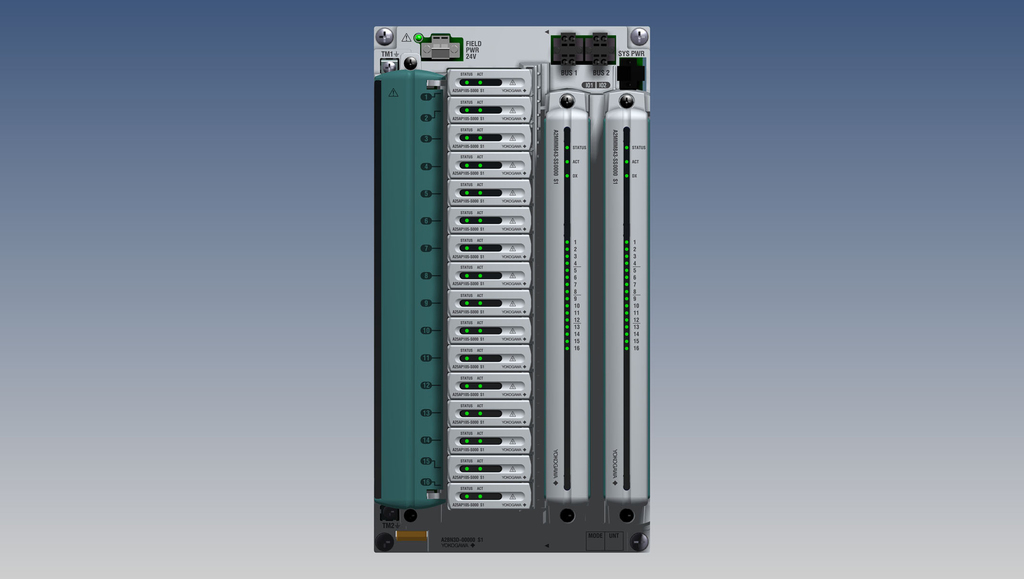 Following testing in conjunction with Germanwings, Morgan Advanced Materials has come up with a novel means of tackling the risk posed by overheating lithium-ion batteries, used in many every-day electronic devices, such as mobile phones, tablet computers and MP3 players.

While they are considered a safe and effective form of power storage for portable technology, there have been a number of alarming instances of overheating, with the potential for ‘thermal runaway’. This has raised questions over their safety within an aircraft environment and driven an increase in regulation in this area. The term ‘thermal runaway’ is used when a lithium battery overheats past its point of thermal stability (150°C), resulting in fire, explosion, a pressure wave, or all three.

The FireMaster battery bag, which measures 500 x 500mm, comprises two of Morgan’s specialist thermal materials to create a sealable, water-resistant compartment capable of containing the heat spread in the event of a primary-lithium or lithium-ion battery fire.

“Thermal runaway, although a rare occurrence, can have a catastrophic effect on an aircraft in flight and passenger airlines have been proactive in trying to find a solution to this manageable dange,” says Thomas Schwarz, Sales Director for Morgan Advanced Materials’ Thermal Ceramics business. “The transportation of lithium-based batteries as cargo has been regulated by the aviation authorities for more than a decade, but no limitations have been placed on the transportation of these products within the main aircraft cabin. 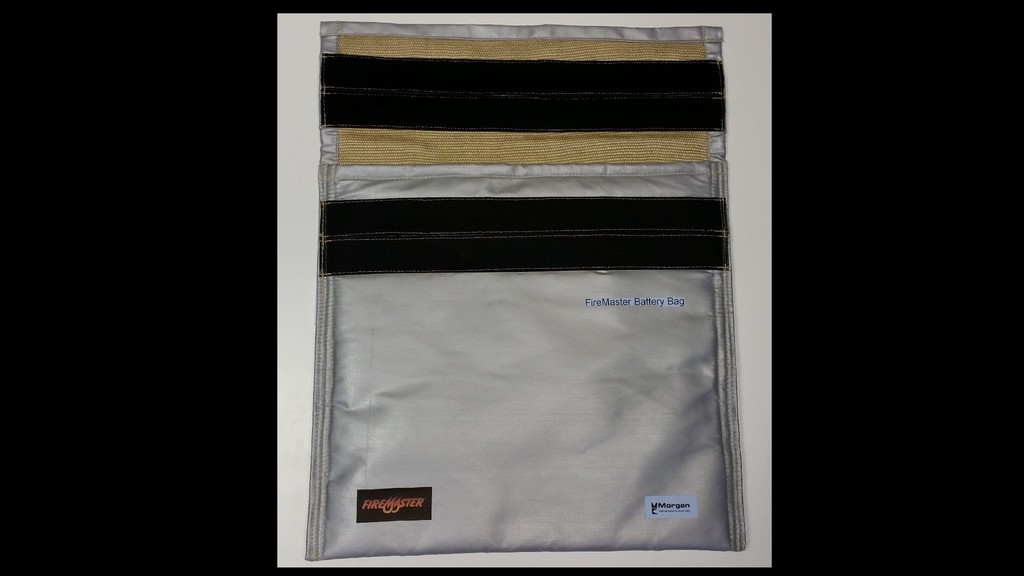 At its core, FireMaster Marine Plus was originally designed for use in the Oil & Gas sector. Providing thermal protection from uncontrolled fire for sustained periods of time, the outer layer of the bag comprises a silicone-coated glass cloth and hook-and-loop tape fastener, which secures the bag once the contents have been placed inside. Maintaining their integrity even when they come into contact with water, which can be applied immediately to help cool the overheated battery, the materials are bound with a high-temperature yarn, typically used in heat protection clothing and welding equipment.

With the Ichthys LNG Project, Japanese energy company Inpex is opening up the largest discovery of liquid hydrocarbons off the coast of Australia in 40 years. 50 underwater drilling holes connect natural gas and condensate deposits with an enormous floating production storage and offloading unit. From there, a 900km pipeline stretches to the central processing facility in Darwin.

Safety engineering is provided by the German company HIMA Paul Hildebrandt. The company is supplying 430 control cabinets, including fire and gas protection systems (F&G), high-integrity pressure protection systems (HIPPS) and the connections to all relevant facilities.

The key challenge is the coordination across national borders and cultural differences. Project management has synchronised the numerous interrelated process steps, enabling successful implementation from the initial planning phase to final acceptance. 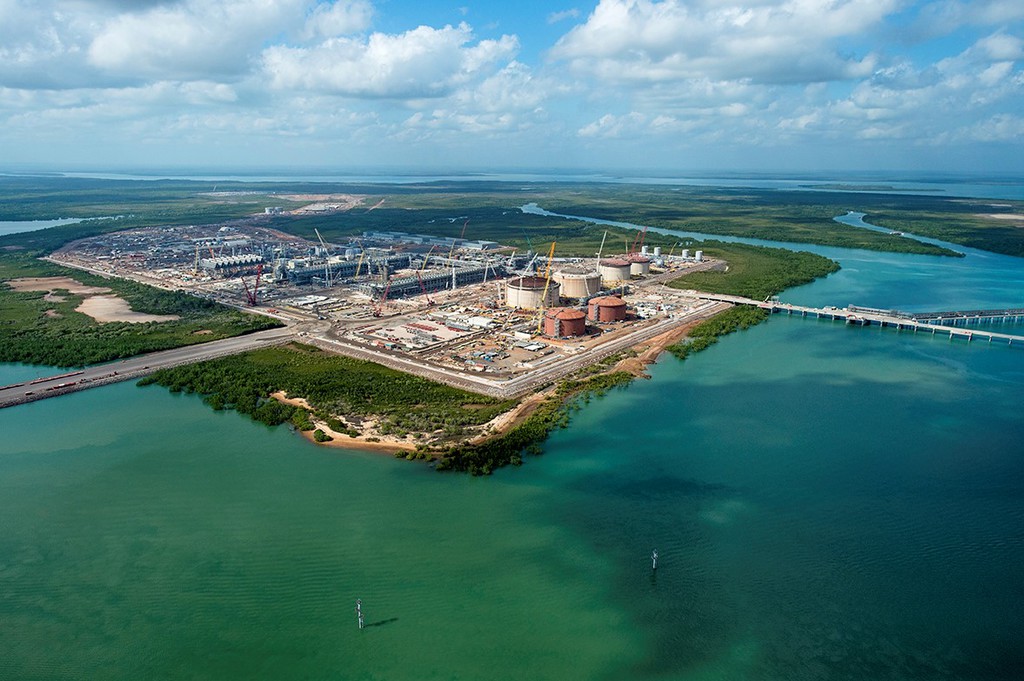 The onshore and offshore facilities and the pipeline are connected to a total of 25,000 safety-related input and output points. Safe networking was implemented using HIMA's SafeEthernet protocol. Cybersecurity and network management includes the installation of associated hardware and components such as smoke detectors in employee living accommodations. Numerous workstations and servers, along with an additional recovery system, are other components of the safety solution.

In plants, there are many different noise sources, and the noise that is produced can impairing the hearing of workers. As noise levels often vary considerably, periodic monitoring with sensors must be done in real time and at multiple locations, so that plans can be drawn up for protective measures.

Yokogawa Electric Corporation has concluded an agreement with Norwegian energy company Statoil ASA to jointly develop a field wireless system. Under this agreement, Statoil and Yokogawa will draw on their respective strengths in plant operations and ISA100 Wireless field wireless technology to develop a system that can map noise levels in real time at Statoil’s plants and upstream (exploration and production) facilities, as part of Statoil’s Wireless Noise Surveillance Project (WiNoS).

By introducing this system, Statoil will be able to obtain real-time noise information during work in noisy areas, and use the data for better risk control of the noise exposure of personnel.

“It is crucially important and a matter of urgent concern for company managers to optimise their management of health, safety, and the environment," says Masatoshi Nakahara, director, senior vice president and head of the IA Platform Business at Yokogawa. "To achieve this health, safety and environmental objective, Yokogawa will combine its wireless technology and know-how with the knowledge and expertise possessed by Statoil.” 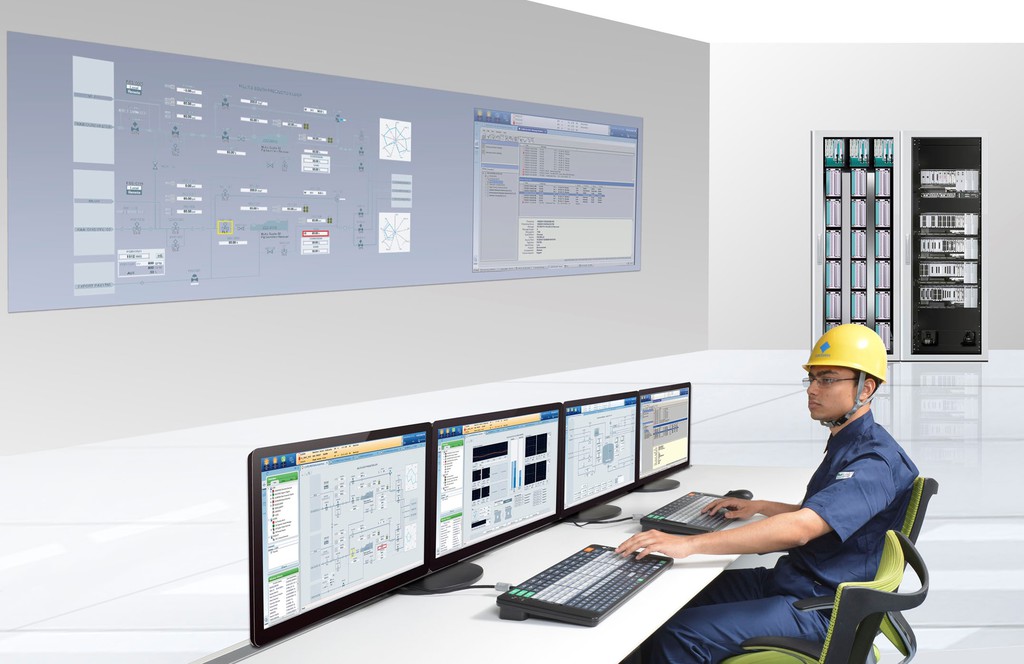 Wireless field devices and adapters can transform a conventional wired instrument into a wireless device, for use in oil and gas upstream production facilities. The system will use an ISA100 Wireless field wireless network to collect data from noise sensors distributed throughout a plant. In real time, this data will be superimposed on a map of the plant that can be viewed in a central control room or via a cloud service. The data can be saved and accessed at any time for analysis.

Lime Instruments has built a universal fracturing pump controller to monitor the operating parameters of a reciprocating pump used in well servicing applications. A key part of the project was building an advanced monitoring system that can survive being mounted directly to an oil well servicing pump in a rugged environment, while performing advanced analysis on sensor data.

The company, which is a National Instruments (NI) Gold Alliance Partner, is using NI CompactRIO and NI Single-Board RIO hardware along with NI LabVIEW software. "LabVIEW has made the software development side much quicker than our past experiences in C-based programming. What most C programmers take two years to do, we can accomplish in a couple of months," says CEO Robert Stewart.

According to Stewart, other techniques were not able to provide the high-speed I/O and analysis to catch the momentary pressure spikes and vibration indications of these oil well service fracturing pumps. The field-programmable gate array (FPGA) and ability to perform fast Fourier transform (FFT) analysis on the data were key attributes that made the selected approach effective.

Pumps in this industry do not routinely contain more than a couple of discrete sensors that monitor their critical operating parameters. Typically, discharge pressure, RPM, lube oil pressure, and lube oil temperature are monitored. Each of these parameters is measured with an individual sensor and signal cable that goes back to the main control console.

The goal of this product was to monitor these functions as well as several others and transmit that data back to the main control console via the same SAE J1939 controller area network (CAN) protocol. The system needs to look for data characteristics outside the normal operating envelope and failure conditions. With this real-time information, operators can determine if they should discontinue operation or continue based on real performance indications from the pump. Ultimately, this system should reduce the number of pump failures as well as overall pump maintenance costs.

Ultimately, this system should reduce the number of pump failures as well as overall pump maintenance costs

The LabVIEW software platform programs the real-time processor, FPGA, and I/O, while the CompactRIO system and interface controls and monitors every aspect of the well servicing and stimulation equipment. The modular I/O and the rugged CompactRIO system can handle the shock and vibration and wide-ranging temperatures experienced while mounted to a mobile piece of equipment that is dragged up and down oil field roads around the world. 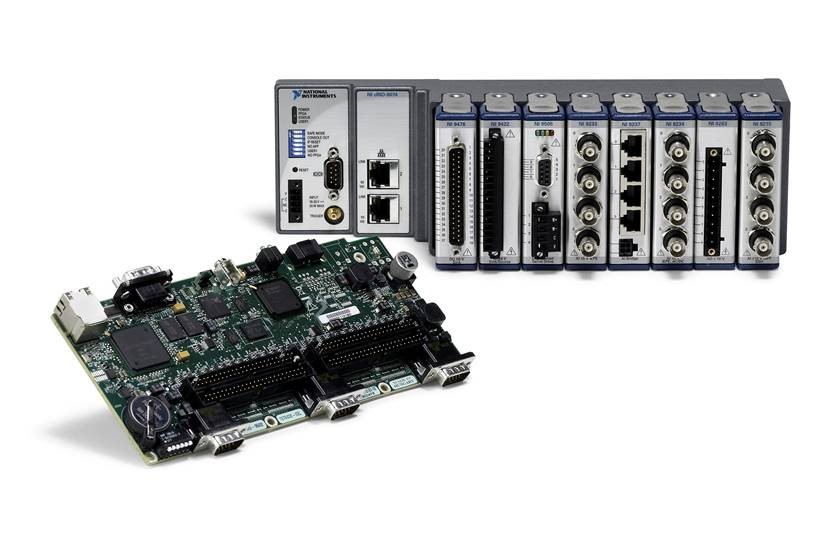 A Northumberland marine engineer with a passion for oil and gas technology has outlined plans for a new submersible called Nessie that could change the way oil platforms are transported back to shore after their useful life ends, thereby saving the UK tax payer billions of pounds over the next 20 years.

Joe Glass from Rothbury has joined forces with Seaways Engineering International as Managing Director (UK). In the early 1980s, while working out of Aberdeen, Glass met Craig Lang who now owns marine specialist engineers Seaways Engineering based in San Diego California. Lang's inventions (the Apache Reelship, Steel Risers in catenary) have already reduced oil production costs considerably and his design of the Multi-Purpose Semi-Submersible (MPSS), on which Nessie is based, is approved by Shell with several versions already in operation worldwide. 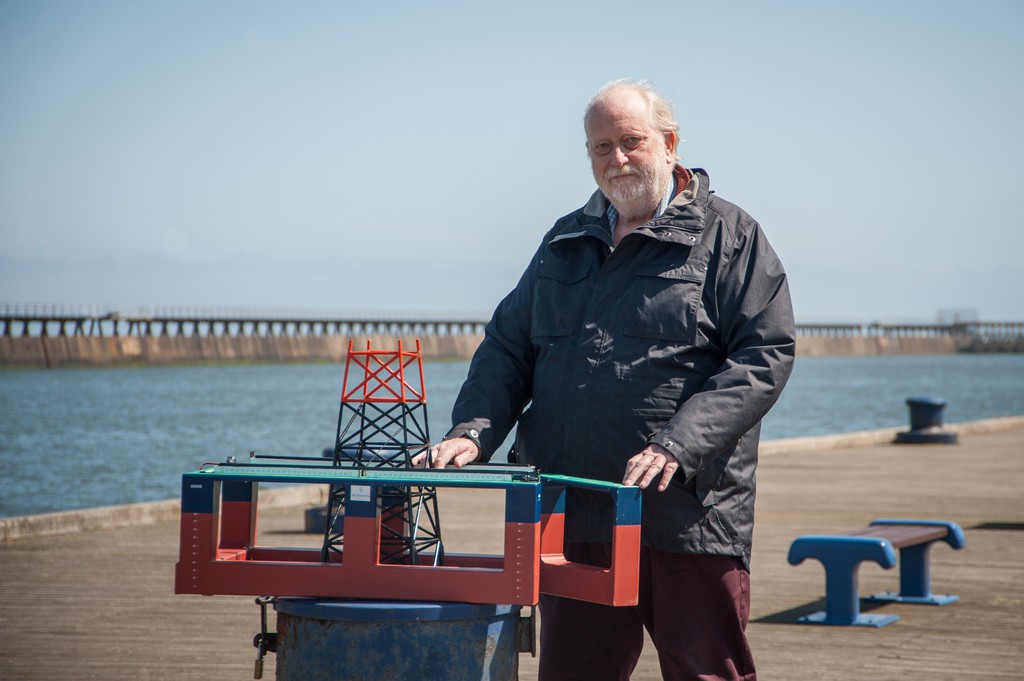 At present, removal of oil and gas platforms is a costly process with specialist ships such as the new Swiss owned "Pioneering Spirit", rumoured to have cost in excess of $3bn. This vessel, now long overdue, will command huge hire charges. In contrast, Glass estimates Nessie can be built at less than 10% of the cost of the Pioneering Spirit and operated at a correspondingly lower day rate.

Nessie is a box section semi-submersible with six columns and a gate at the aft end, rather like a giant floating dry-dock. Once the vessel approaches the structure, it ballasts down, opens the gate and moves over the structure. Using accurate laser positioning to get it into the exact position, the topside unit is lifted clear and secured at the forward end. Nessie then positions itself until the jacket is located amidships, rigging is attached and the jacket is rotated underwater to the horizontal position, where it is secured for transport to shore.

Boosting extraction from depleting reserves is part of a US$33 billion project which aims to enhance Oman’s hydrocarbon production capabilities and help the country broaden its economic base. It is expected that Oman will unlock about one trillion cubic metres of natural gas over the next 25 years. Plans are also afoot to develop downstream industries such as the production of ethylene dichloride (EDC), caustic soda and other chemicals.

Electric motors will be responsible for driving their suction and discharge cooler fans. Indian company Larsen & Toubro is partnering with WEG to equip the main gas compressor with an efficient drive system, which could endure the most demanding applications. 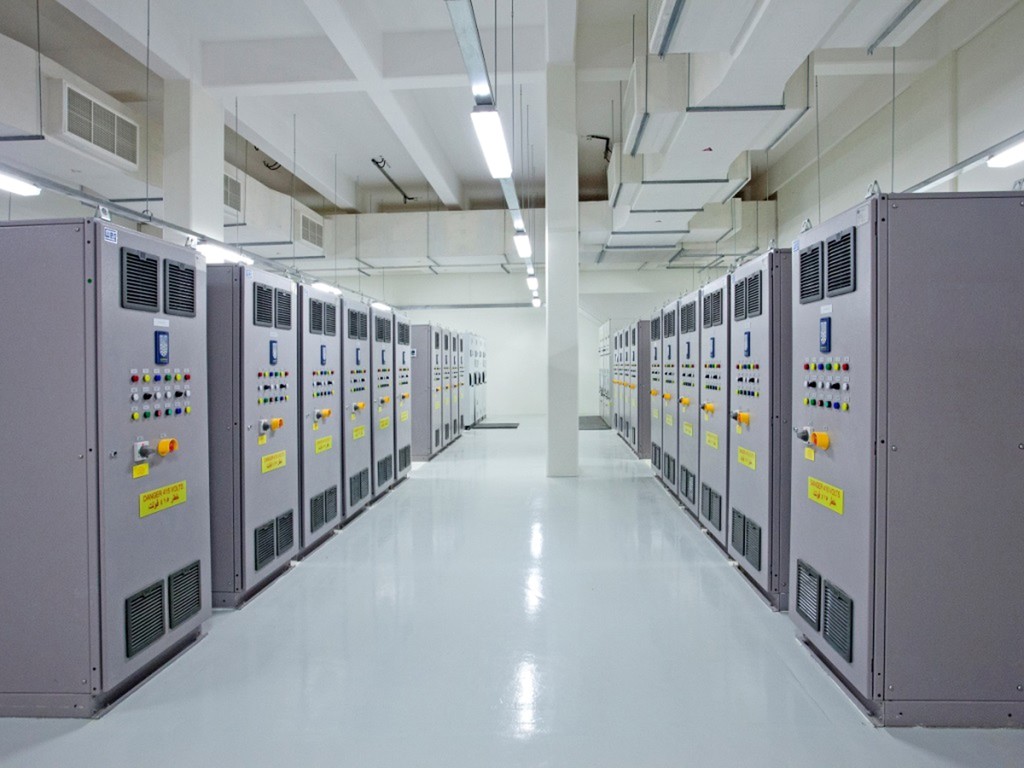 WEG has developed bespoke 30kW variable speed drives and motors and 32 15kW drives and motors, which will be supplied as systems and mounted in control cabinets, and also include a high capacity circuit breaker for emergency cut outs and a by-pass system for DOL (direct on line) starting. Additionally, WEG has fitted its equipment with a passive input harmonic filter to reduce mainsborne corruption of the power supply, while an output filter will be used to protect the drive.

WEG’s drives minimise voltage surges by carefully regulating the time between the pulses of their IGBTs (integrated gate bipolar transistors). This decreases the possible surge magnitude and also allows longer cable runs without detrimentally affecting motor insulation. Patented flux optimising technology reduces input current by up to 50% of the motor rated speed, which decreases motor temperature rise by as much as 11%.