UK Government Minister Robin Walker has been given a tour of Heriot-Watt University’s world leading robotics facilities as he discussed progress on the creation of a National Robotarium to support the growth of smart robotics companies. 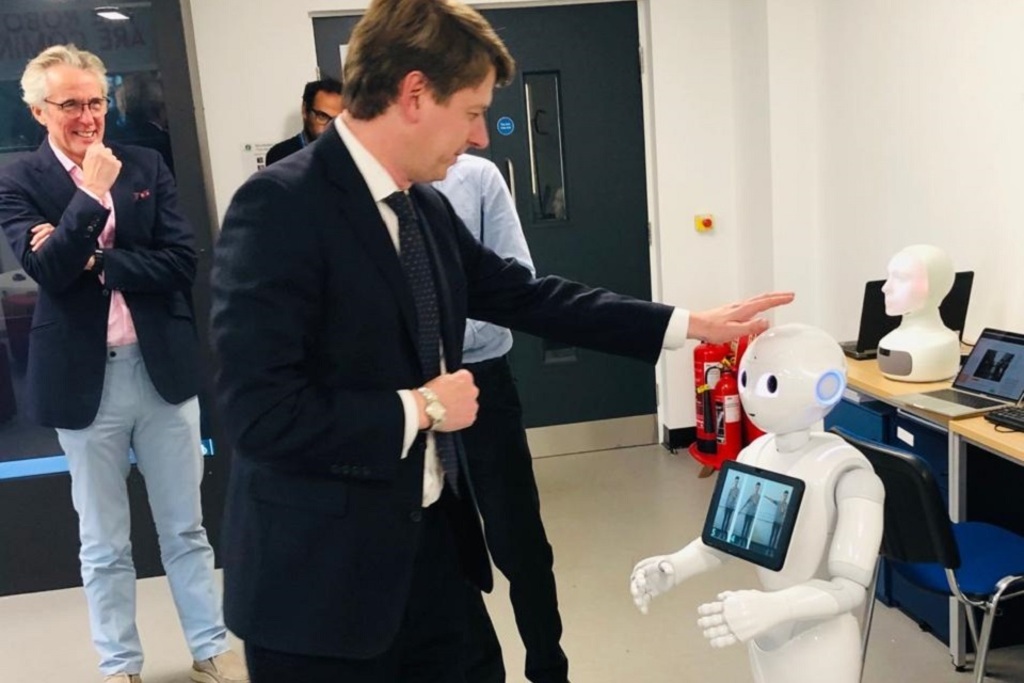 The proposed facility, which is supported with £21 million from the UK Government, will provide a state-of-the-art base from which researchers, engineers, entrepreneurs and educators will deliver the UK’s leading international centre for the generation of new smart robotics companies. This is part of the UK Government’s £300 million investment in the Edinburgh and South East Scotland City Region Deal.

Walker said: "I am delighted to have started work as a UK Government minister for Scotland and be given the opportunity to meet some of our key local partners. I look forward to getting around the country to meet with many more in the weeks and months ahead.

"It was great to hear how the National Robotarium plans are progressing. Through projects like this, the City Region Deal will help develop Scotland’s world-class higher education and research sector, bring new opportunities and boost economic growth across Edinburgh and the South East of Scotland.

"The UK has a proud record as a world leader in technology and investments such as this one with the UK, Scottish and local government working together with innovative universities. This can build on Scotland’s proud record of innovation to ensure that we lead the world in embracing the opportunities of robotics.

"We are committed to working with the Scottish Government and local partners to do everything we can to deliver jobs, opportunities and sustainable growth across Scotland. That’s why we have committed almost £1.4 billion for these growth deals to date."

Mr Walker later met with representatives from the Edinburgh Art Festival at the National Portrait Gallery to thank them for the cultural significance and substantial economic contribution they bring to the UK.

The National Robotarium forms part of the ‘Data Driven Innovation’ programme which aims to establish the Edinburgh City Region as the ‘Data Capital of Europe’. Supported by £290 million from the UK Government and £60 million from the Scottish Government, the programme will deliver five innovation hubs across the region: the Bayes Centre, Easter Bush Campus, Edinburgh Futures Institute (EFI), the National Robotarium and Usher Institute. These hubs will be supported by the creation of a World Class Data Infrastructure (WCDI) and analytical services.

The UK and Scottish governments, together with regional partners, signed the Edinburgh and South East Scotland City Region Deal on 7 August 2018. The two governments, six local authorities, universities and colleges are all working in partnership to invest £1.3 billion into the region over 15 years, including: innovation, skills, transport, culture and housing.

Last month US tech firm UserTesting announced it was planning to set up its first European headquarters in Edinburgh. The company have said the public-private partnership of the City Deal as an important factor in attracting them to the city.