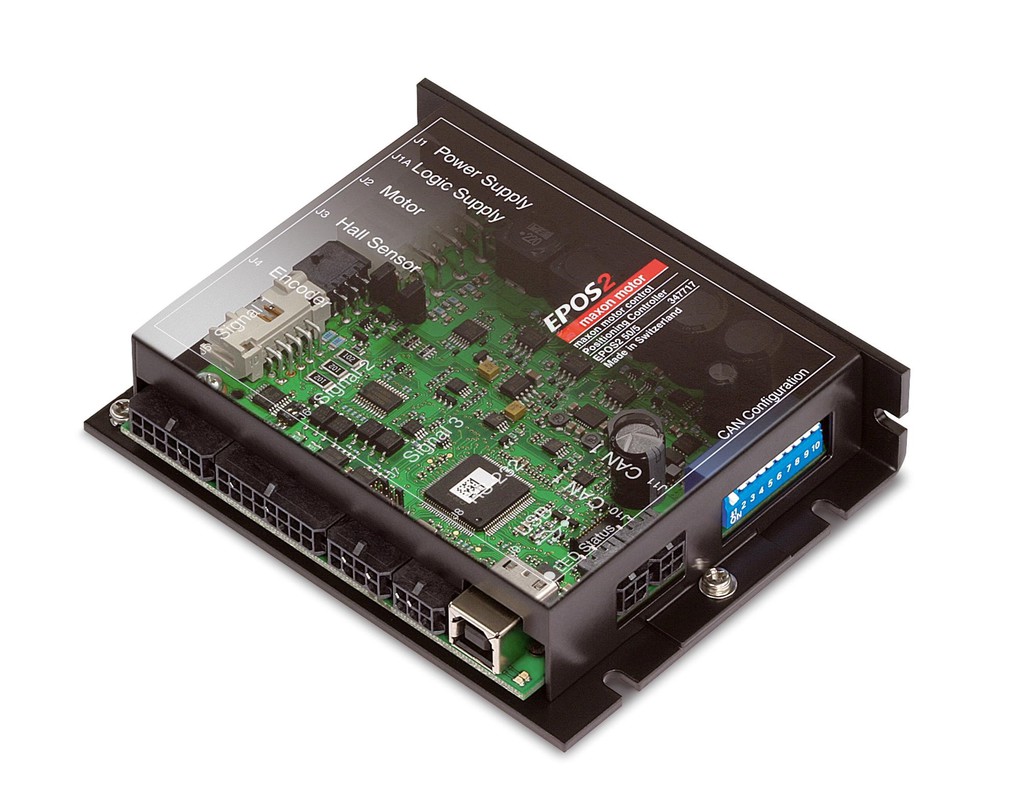 Though it was originally designed as a fieldbus, CANbus provides a lot of design flexibility because it lets individual components be easily exchanged without major changes. For example, control software hardly changes if a stepper motor and controller is replaced by a DC motor with another manufacturer’s controller. Both drive systems appear almost the same on the CANbus when using CANopen-profiles.

There are three basic techniques:

Each mode represents trade-offs between the dynamic response of the controls and the amount of signal traffic on the CANbus lines.

Local timers on multiple positioning controllers can be synchronised

The master only sends updated position commands to the position controller every 10 to 100ms. Consequently, the controller cannot be commanded to change position quickly. The update times are typically too slow for additional synchronization with external sensors (vision, encoders from conveyor belts, and so forth).
If the update time must be 10ms or faster, velocity modes  provide for greater dynamics in motion planning by using the CANopen master for motion planning and a degree of drive control.

The CANopen master performs positioning regulator functions (typically PI control using position feedback from the controlled axis). The drive control serves as a subordinate speed controller. The controllers then operate in “profile velocity mode.” In this mode, the controller must use reference values immediately, or position feedback will be outdated and the position loop can’t be closed. Some positioning controllers also offer true “velocity mode” where velocity reference values feed directly to the controller, creating better motion planning dynamics. The potential drawback of velocity modes, though, is that the 2 to 5ms cycle times weigh on the master’s real-time response requirements.

Another possibility involves realising the positioning and velocity controller in the master and specifying the torque or current set values in the drive controls via CANbus. To do this, CANopen specifies “profile torque mode” for motion control products. As an alternative, some controllers offer “current mode”, which is when current references via CANbus feed directly to the current controller on the motion controller chip.

This creates a high dynamic range which is essential for some types of motors such as coreless dc motors. This approach lets complex algorithms be implemented in the master. It works well for robots with non-linear dynamics. But it requires hard real-time capacity; short cycle times place high demands on the CANbus.