As a result of an agreement between Sunay Healthcare Supply and Danish company, UVD Robots, self-driving disinfection robots are now shipping to a number of hospitals in China to help fight the coronavirus. Using ultraviolet light, the Danish robot can disinfect and kill viruses and bacteria autonomously, effectively limiting the spread of coronaviruses without exposing hospital staff to the risk of infection. 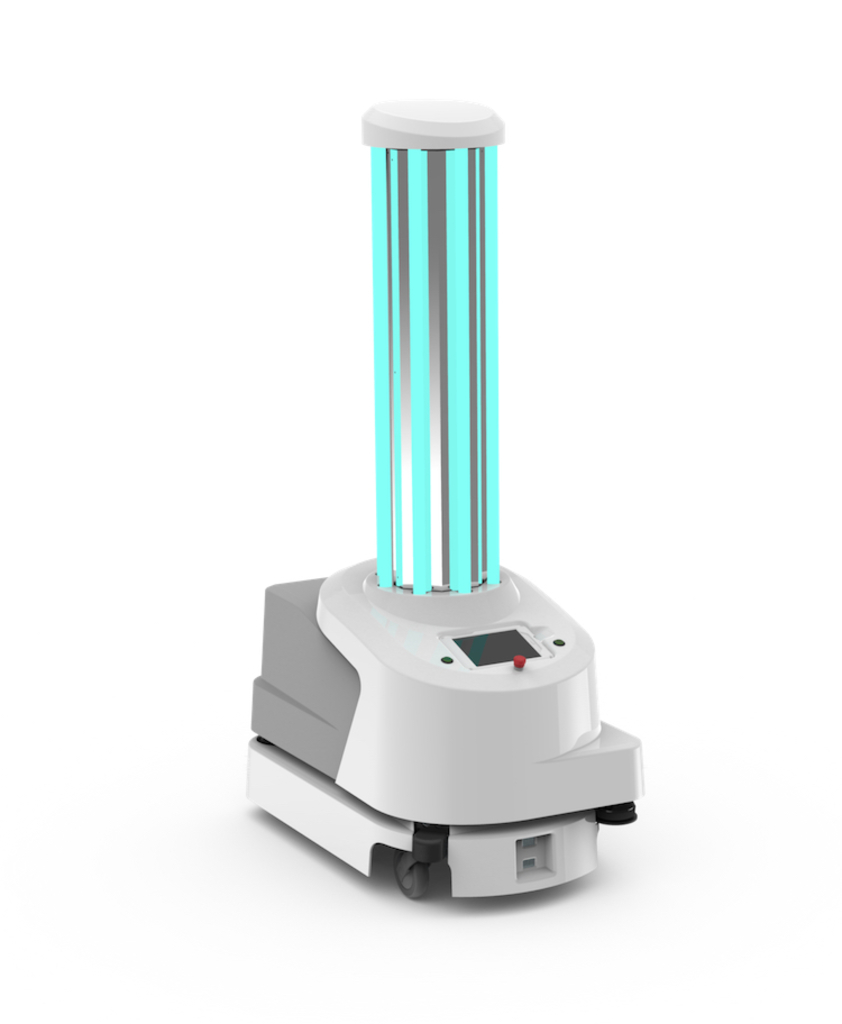 Through Sunay Healthcare Supply’s partners in China, the robots will be deployed in all Chinese provinces. “With this agreement, more than 2000 hospitals will now have the opportunity to ensure effective disinfection, protecting both their patients and staff,” says Su Yan, CEO of Sunay Healthcare Supply, a medical equipment supplier to the Chinese market.

Now sold in more than 40 countries, UVD Robots is already delivering its self-driving disinfection robots to hospitals in other parts of Asia in addition to healthcare markets in Europe and the United States. The invention increases the safety of both staff, patients and their relatives by reducing the risk of contact with bacteria, viruses and other harmful microorganisms. The concentrated UV-C light emitted by the robots as they drive has a germicidal effect that removes virtually all airborne viruses and bacteria on the surfaces of a room. Results, that led to the UVD robot winning the robotics industry’s “Oscar” – IERA Award in 2019.

Before entering into the agreement with UVD Robots, Sunay Healthcare Supply did its due diligence and screened the market for the best technologies to fight the coronavirus.

“We found the UVD robot to be superior compared to other technologies and are pleased to – in a very short amount of time – enter into a reseller agreement with exclusive rights to supply the UVD robots in China,” says Su Yan, emphasising how both parties have worked intensively to get deliveries of robots to the Chinese hospitals.

CEO of UVD Robots, Per Juul Nielsen, is pleased to be helping combat the spread of the virus in China through the company’s solution: “In a severe crisis like this where the world health is threatened, our innovative technology really proves its worth,” he says.

UVD Robots is a portfolio company in Blue Ocean Robotics, which develops a wide range of service robots. The development of the UVD robot started in 2014, when a group of Danish hospitals demanded a far more effective way of reducing infection rates in hospitals. The fruitful collaboration between bacteriologists, virologists and hospital staff from hospitals, and robot developers, designers, engineers, investors and business people from Blue Ocean Robotics led to an early market introduction in 2018.

Claus Risager, CEO of Blue Ocean Robotics and Chairman of the Board of UVD Robots, calls it a tremendous satisfaction for employees, management and the circle of owners to witness the deployment of the UVD Robot. “We are now helping solve one of the biggest problems of our time, preventing the spread of bacteria and viruses with a robot that saves lives in hospitals every day.”