Rittal has unveiled the new Ri4Power; a streamlined copper busbar that has been designed around the new VX25 enclosure. It delivers greater levels of efficiency for panel builders and switchgear manufacturers across electrical power distribution in industrial environments. 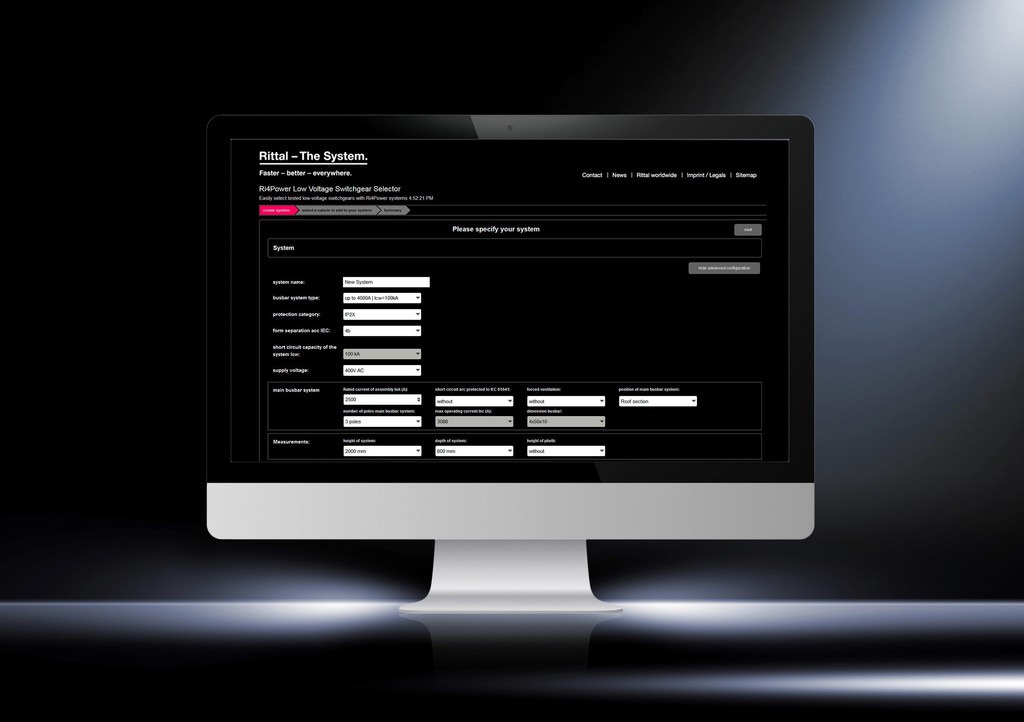 It also offers other advantages, such as higher current ratings and easier monitoring and maintenance.   Solutions based on this system have been tested and certified to IEC 61439.

Automation (including electrical drives and switchgear) is a fastest-growing segment of the UK electrical and electronics industry. This is being driven by both a boom in mechanical and plant engineering, and by the deployment of more and increasingly powerful drive technologies.

Switchgear for electrical power distribution and motor control centres therefore has to evolve to meet what amounts to ever-higher demands, including higher current ratings in conjunction with compact dimensions. Rittal’s new Ri4Power, based on its VX25 enclosure, meets all these challenges.

In contrast to its predecessor, the new copper busbars have a smaller cross-section, which cuts costs. In addition, its streamlined dimensions enable a higher current allowing a higher rated current of up to 6300 A, with short-circuit protection up to 100 kA for 1 second.  Flat copper bars are used for the various busbar configurations, with a maximum of four bars per phase.

The busbar supports have been redesigned so they suit both 600mm and 800mm deep enclosures, and they can be attached either to the left or right side.
Added to which, installation is also now much simpler; the support can be fastened to the VX25 enclosure with just three screws.

The new Ri4Power system is designed around the VX25, and makes the most of the enclosure’s many new improvements including its structural symmetry, its highly standardised pitch pattern, fewer parts, and ease of component installation. Components can be mounted either horizontally or vertically on the VX25 frame. There is also a special compartment side panel for the Ri4Power that can be positioned to the left or right of the enclosure. This can be adapted for use in a variety of ways, for example to create a cable chamber or as space for additional components.

The panel has knockouts every 50 mm with rounded edges to prevent damage to cables. In the upper part of the enclosure, there is a separate section for installing further components, which can be accessed via a flap or panel.

Rittal has rolled out a new version of its Power Engineering (RPE) software to coincide with the launch of the VX25 Ri4Power system, to make planning and configuring switchgear fast and simple.

It is highly intuitive and easy to use, requiring the input of just a few parameters, so even switchgear manufacturers with no previous experience can simply and reliably configure IEC 61439 tested switchgear.  Furthermore, there are interfaces for EPLAN Electric P8, for the export of bills of materials to MS Excel, and for import and export for data maintenance.

The new busbar supports and connectors are accessible from the front, making it easier for system builders to check the torque applied to screws, or to determine the temperature of contact points by means of an infrared camera.

It’s also possible to employ sophisticated monitoring mechanisms: an IoT interface can be installed that operates with sensors for monitoring temperature, moisture or performance.  Combined with a backend production control system, this allows the operator to monitor their equipment at all times, and enjoy higher power-supply availability.