WHEN HAN-Modular was released in 1993, it was the first modular industrial connector to run power, signal, and data alongside each other in a single connector. Now HARTING are delighted to announce the next development stage of the modular connector; the new Han-Modular Domino range. 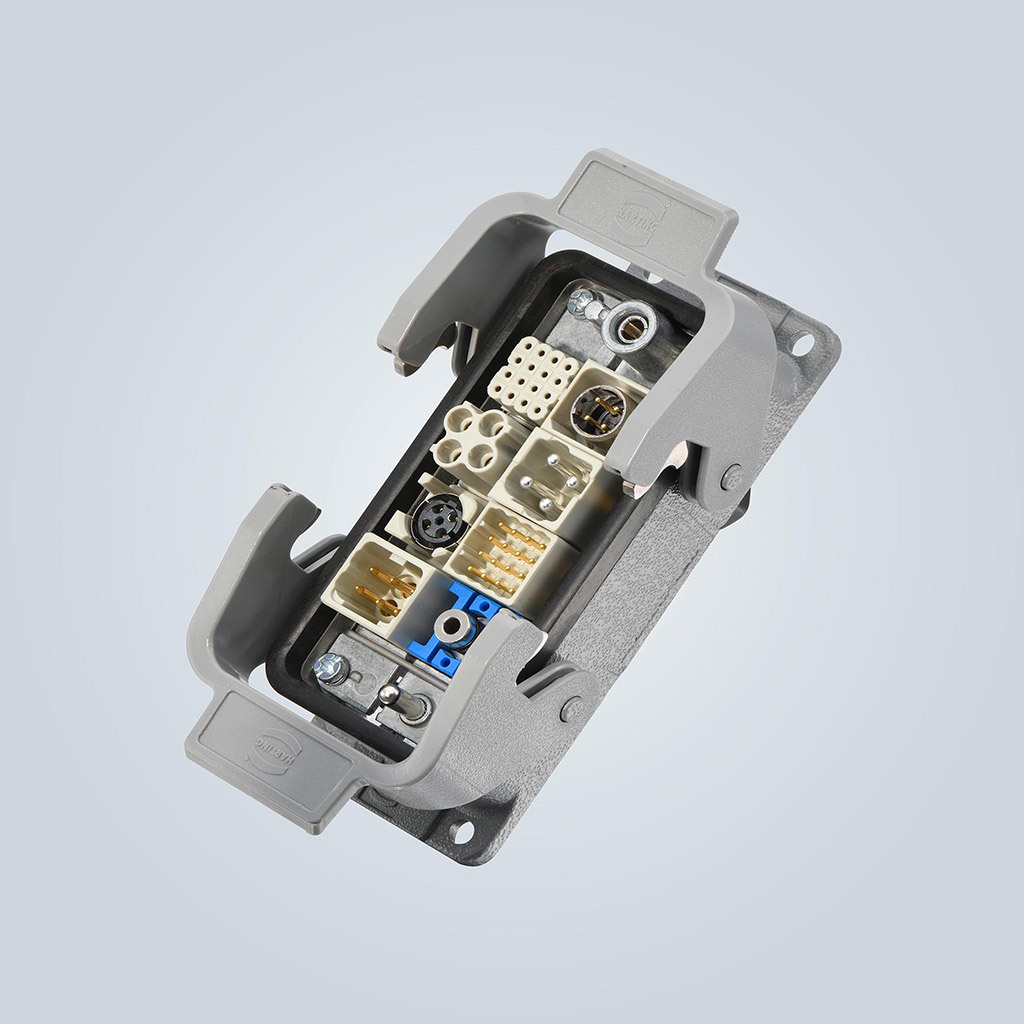 This new series meets the industry's requirements for saving installation space and weight. By using Han-Modular® Domino modules, you can save up to 50% installation space by integrating different transmission types in one module.

Just as dominoes have two separate squares, a domino module is made up of two building blocks or ‘cubes’. The Han-Modular mating face is divided in two, resulting in an almost square surface in which even larger contacts can be accommodated.

Power, signal, data or compressed air as well as male and female contacts can now be combined in one module. This reduces the number of required interfaces per unit and the connection technology becomes smaller and more lightweight, as more modules and module types can now fit into one connector. 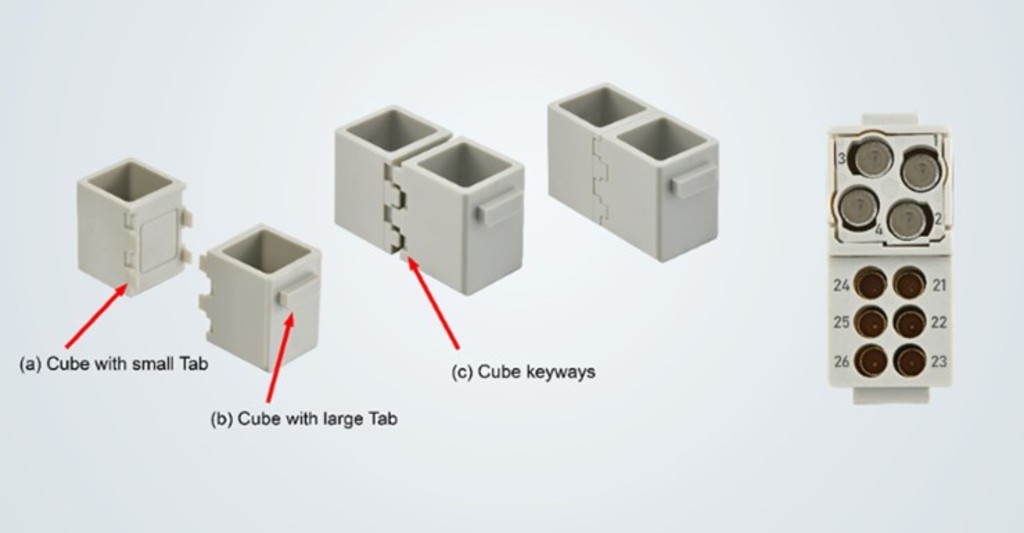 The new smaller Domino modules require less energy and raw materials to produce and users also benefit from space and weight savings. Modularity is improved by the use of smaller components that can be arranged next to each other in hinged frames. Domino modules are also compatible with existing components of the Han-Modular series.