His Royal Highness The Prince of Wales has visited the headquarters of Siemens AG while on a trip to Germany. The Prince's trip is focused on the bilateral relations between the United Kingdom and Germany. 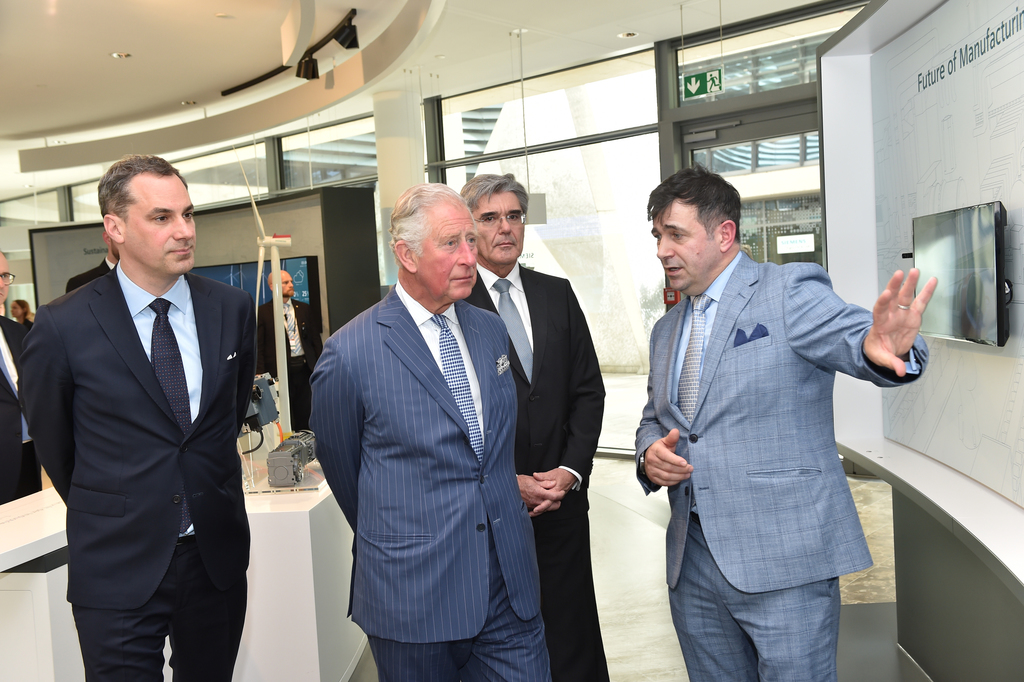 During his roughly 45-minute tour of the company's headquarters, Prince Charles learned about topics such as sustainability, the new world of work and Siemens' Cents4Sense initiative. He also signed the company's visitors' book.

Joe Kaeser, President and CEO of Siemens AG, stated, "It's a great honor for us to welcome His Royal Highness to our company. Siemens has been doing business in the United Kingdom for 176 years. Our relationship is strong, resilient and, despite the current turbulences, geared to a common future."

During his tour, Prince Charles expressed great interest in the architectural design of Siemens' headquarters. Opened in 2016, the building unites historical and modern elements while meeting highest standards for sustainability. At various stops throughout the building, employees explained aspects of Siemens' ownership culture and changes relating to tomorrow's world of work as well as the "Cents4Sense" initiative, which encourages employee shareholders to donate the dividend for one Siemens share to projects of the Siemens Stiftung foundation.

Siemens has been doing business in the United Kingdom of Great Britain and Northern Ireland since 1843. The company (including Siemens Healthineers and Siemens Gamesa Renewable Energies) currently has some 15,000 employees in the United Kingdom, and 15 manufacturing locations generating revenue of around €5.8 billion. The UK is in the top five regions, globally for Siemens.

The Prince of Wales has made more than 30 private and official trips to Germany since 1962.