Robot arms are on the move

Recent developments are catapulting the industrial robot arm into a journey around the production environment, explains Chris Evans at Mitsubishi Electric. 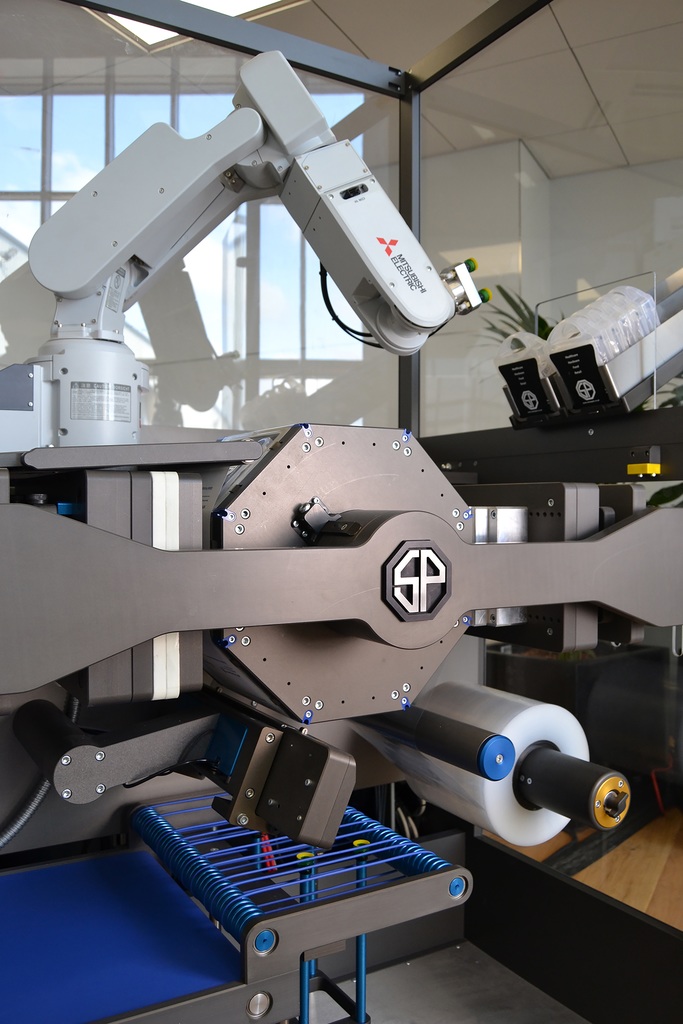 Robots undoubtably take the drudgery out of many repetitive manufacturing, packaging and processing tasks. Engineers are generally fascinated by the idea of improving production processes and keen to integrate robots, so the decision as to whether one is used or not boils down to economics; operators want to see a good case made for the return on investment before giving the green light.

Applications using proprietary robotics solutions such as the MELFA RV articulated arm and RH series SCARA robots from Mitsubishi Electric are now commonplace in many production facilities, usually in pick-and-place or light assembly applications. Breaking established boundaries on the cost and availability of a mainstream robot solution however is moving the goalposts on that final cost versus return decision.

Cost reduction is being achieved by enabling robot control via a stock PLC while the ability to not only program a robot easily to perform a variety of different tasks, but also to send it around the production floor work at different stations to perform them is delivering a new level of flexibility and availability.

Offering full robot control from a PLC means that whenever a PLC is being used it can be seconded to include robot control in the list of tasks it is already performing. Not having to purchase or house an additional robot controller module in the panel or on the machine not only reduces the initial purchase cost, it also reduces the panel space required, simplifies wiring and can reduce development time for a new machine.

A perfect example of this in action is the new Shawpak thermoforming packaging machine built by Riverside Medical Packaging. By using a servo-controlled drum instead of a conveyor system and integrating a robot arm for product insertion on a machine that already had a PLC onboard, Shawpak machines are able to replace a cleanroom packing line of anything up to 20m in length with a unit that occupies as little as 2m2.

Combining that cost-effective PLC controlled robot solution with an autonomous vehicle that can be used to deploy the robot on any number of individual work stations allows the economics to be recalculated all over again. Which is exactly what the development team at AGV specialist Mirage has done.

In many industries flexible production demands mean short runs of customised products are becoming more commonplace. A robot that can be used for component assembly tasks and then moved down the production line to help pack the products in individual containers or palletise a batch for delivery offers much more of a value-added contribution from a single robot. Having now combined a Mirage AGV and a Mitsubishi Electric MELFA robotic arm as a stand-alone system it’s clear that being able to deploy a robot at multiple workstations can now provide those further economic advantages.

Not only can the robot move along a production line from product assembly to pick-and-place packaging tasks based on demand, it can also switch lines and function to wherever it is needed. The mobile robot arm can even take some of its work with it, completing sorting tasks for example on the AGV bed before or after it has moved.

The AGV can move around the assembly line following a path traced by a radio-frequency identification (RFID)-based tape. It is also equipped with safety scanners that allow the device to stop if an obstacle is found en route or an operator steps too close to the vehicle. Robot and vehicle communicate via a Mitsubishi Electric PLC which enables them to determine when the AGV has reached the station and the task can be set in motion.

This application is also made possible because the latest proximity-based safety scanner solutions mean a standard industrial robot arm can be deployed without a physical cage or even a light curtain based guarding system. Safety is again dealt with on the PLC. Machine builders can now choose to build a robot solution around either a Mitsubishi Electric MELSEC iQ-F, iQ-L, iQ-R or other Q series PLC, or the company’s dedicated MELFA robot controllers.

These innovations demonstrated by the Mirage and Riverside Medical applications show where robots are heading right now in the production environment, what happens next will most likely include variations based on cooperative and fully collaborative robot solutions. The new safety solutions have already allowed Mitsubishi Electric to launch a cooperative robot for example that can be deployed with purely PLC control.

How far will robots enter the production environment? The answer is clearly, as far as it is economically possible for them to go, which judging by the evidence is virtually everywhere.