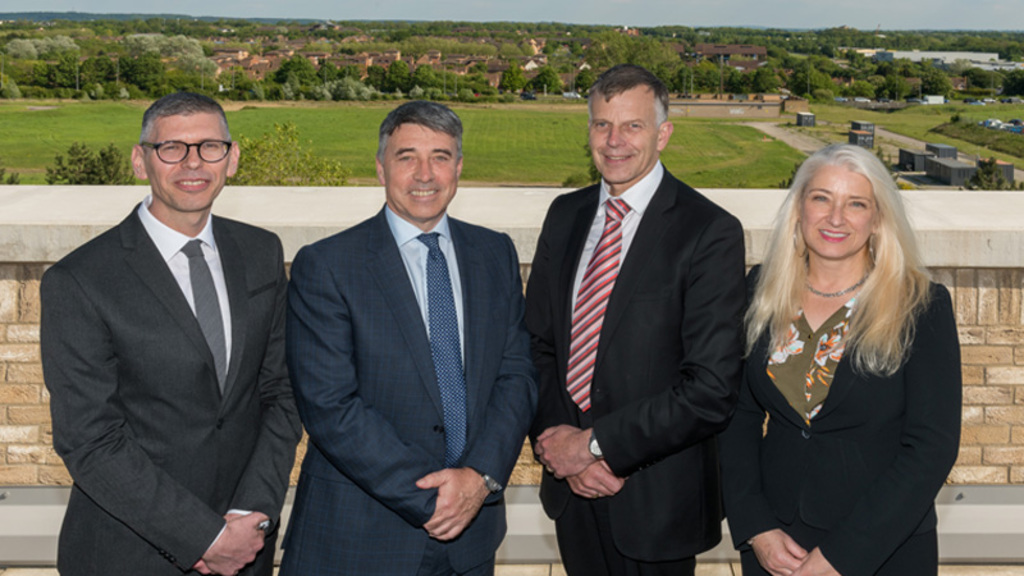 MK:U is being developed by Cranfield University, which is based just outside Britain’s most successful new town.

The funding is a major boost for plans to set up a new university in the largest English city or town to currently lack one, despite sitting at the heart of the high-tech arc joining Oxford and Cambridge.

Professor Sir Peter Gregson, Chief Executive and Vice-Chancellor of Cranfield University said: “This is brilliant news. Santander’s support is a major sign of confidence in MK:U by a huge international and local employer. It shows that world-class businesses like Santander are crying out for career-ready, highly-skilled graduates for the digital age- providing jobs and growth in the next century.”

Santander’s contribution is one of the biggest corporate donations to British higher education in recent years. Alongside £10 million in capital financing, Santander will contribute £20million in running costs for the first three years of MK:U’s life.

The capital costs will help finance iconic buildings in central Milton Keynes, which will serve as the heart of the new university.

Santander UK CEO Nathan Bostock said: “We are delighted to be playing such a major role in the creation of MK:U. Santander is deeply proud of our connection to Milton Keynes, with our commitment shown by our recent investment of £150 million in a world-class new headquarters here.

“MK:U will cement Milton Keynes’ growing reputation as a key national and international hub for technology and innovation.

It will also provide a pipeline of talent and fantastic development opportunities for our staff in important areas including data science, artificial intelligence and cyber security.  Like every industry, banking is being revolutionised by digital technology and we want to be at the forefront of this change for our customers.”

MK:U Chief Executive and Pro-Vice-Chancellor of Cranfield University Professor Lynette Ryals OBE said: “MK:U will be a key force in turbocharging the economy of our region and help realise the world-leading potential of the Oxford-Cambridge Arc.

"With backing from Cranfield, we want MK:U to apply scientific breakthroughs to solving real-world problems. We also want to show, for example with two-year degrees, that higher education can itself evolve, adapt and innovate. Our degrees will constantly evolve as the economy evolves through training and re-training, with our graduates being ideally placed to fill the national skills gaps that are holding back future economic growth.”

The new university aims to work in partnership with business to develop the talent and skills needed by nearby businesses like Santander – which employs over 5,000 people in Milton Keynes, out of a total UK workforce of around 24,000.

MK:U will have a strong focus on digital technologies. It will offer two-year degrees, higher apprenticeship-level qualifications, and work placements designed alongside employers. It will also provide a new cultural and civic heart for Milton Keynes, which has seen an annual population growth this century of over 17% and is forecast to be home to over 300,000 citizens by the middle of the next decade.

The curriculum will include content which is delivered and designed by industry partners – in fields like artificial intelligence, machine learning and robotics.

Santander joins a long list of other major employers who believe that Milton Keynes needs and deserves a university like MK:U - with a focus on employability and 21st century skills, producing staff that are ready to make a contribution in the workplace and helping solve skills shortages right from their first day.

These include global giants like Microsoft, Grant Thornton and Tech Mahindra – plus many local firms from Milton Keynes’ thriving start-up sector.