Sensors that pass the driving test 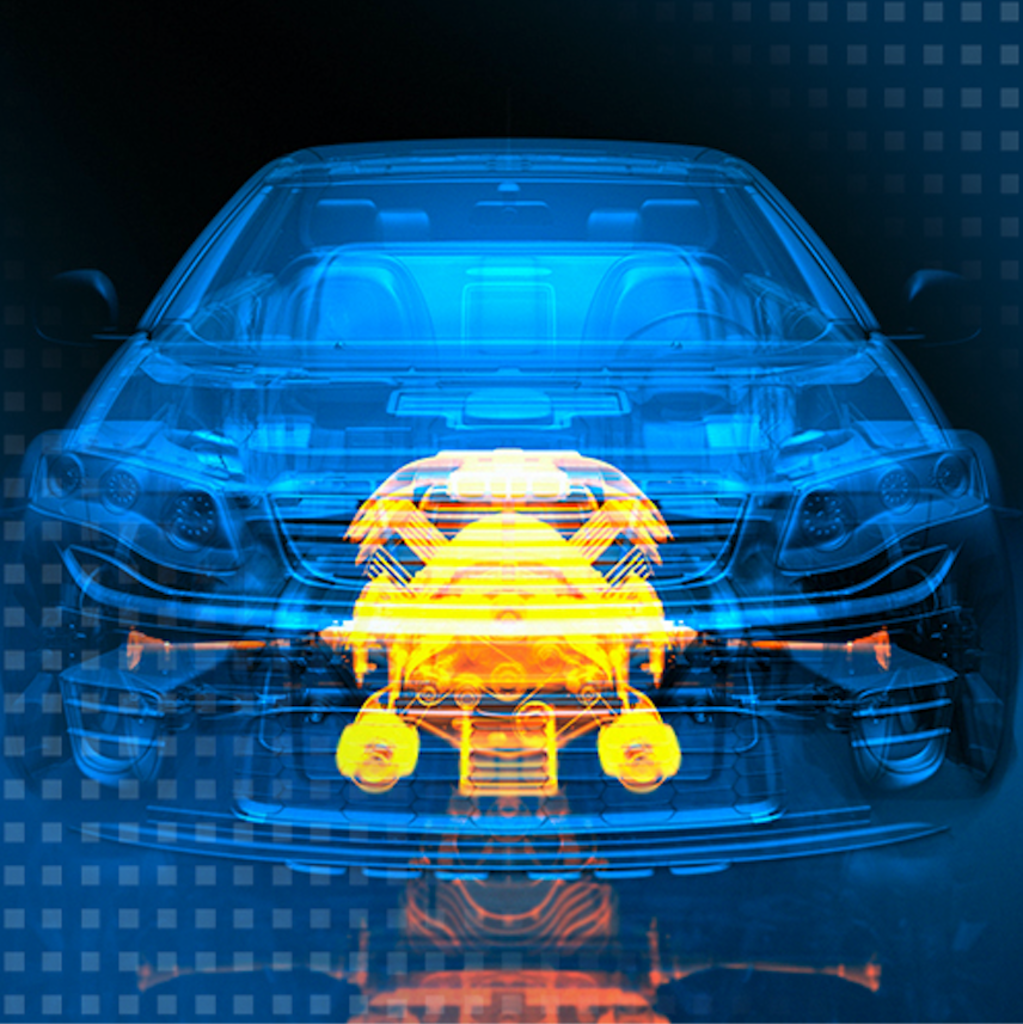 A THE development of next generation vehicles continues apace, the ride of a vehicle and the associated noise that it makes become increasingly important. Without the normal engine noise to hide the sound, the squeal of brakes, squeaks of suspension and movement of pedals all suddenly become more apparent even though they have probably always been there. Manufacturers increasingly need to understand the movements and behaviour of key components and structures as part of the NVH (Noise, Vibration and Harshness) testing and it’s important that the instrumentation used to provide feedback doesn’t itself affect the NVH results.

In automotive and motorsport applications, measuring vehicle ride height is critical. As speeds increase, the stability of the car and the aerodynamics employed must be carefully monitored to ensure the car stays on the ground. Non-contact laser displacement sensors have been developed to withstand the shock and vibration of being mounted to a vehicle. With the laser window pointing down towards the ground or racing track, the ILD1420 sensor series has been used extensively across all motorsport classes to accurately measure and monitor the ride height of their cars as they travel around the test track.

Deformation of brake discs under stress

Non-contact capacitive displacement sensors are being used to obtain accurate data on the deformation of brake discs under stress. With high surface temperatures up to 600°C and typical deformations of less than 100µm, the high resolution capaNCDT non-contact capacitive displacement measurement system from Micro-Epsilon reliably measures the deformation of the brake disc under loading conditions. The measurement system also offers high bandwidth for frequency analysis up to the 10th harmonic, as well as high accuracy minimum zero shift with changes in temperature.

In order to move the measurements from the dynamometer onto the real vehicle, the capaNCDT DTV system is available for measuring brake disc thickness variation. The included software features the ability to allow the engineer to take surface runout and thickness variation in-situ before and after each test run without dismounting the wheel, which would normally influence the results. In addition, a custom 4 channel sensor has been developed which has enabled customers to measure a full braking cycle of the vehicle with four tracks on each side of the brake disc simultaneously. Both single point infrared temperature sensors and thermal cameras from the thermoMETER and thermoIMAGER ranges are also being used to help vehicle development for brake temperature testing.

Draw-wire sensors from Micro-Epsilon are also being used in road tests, crash tests and simulators where they must meet the highest requirements in terms of wire accelerations, vibrations, shocks and limited installation space. For example, with a measuring range of 40mm and a possible cable acceleration of up to 60g, the wireSENSOR MT19 is particularly suitable for applications that require high dynamics such as vehicle crash test dummies, simulators and impact test rigs.

In spring travel measurements, MPM draw-wire displacement sensors from Micro-Epsilon are mounted in parallel to the shock absorber to record the data under different road conditions. Based on the displacement signal obtained, vibration velocity and vibration acceleration can be calculated. In crash tests, multiple MPM draw-wire sensors measure the effects on the vehicle body and the passengers caused by the impact. Their high wire acceleration enables the sensors to measure the movement of the object.

In order to optimise the braking behaviour and the pedal travel involved, F50 draw-wire sensors from Micro-Epsilon offer a rotatable potentiometer, which enables the user to freely select the measuring range within the entire extraction length (150mm). The integrated deflection pulley allows the sensor to be flexibly integrated in the footwell or the engine compartment.

Non-contact eddy current displacement sensors from Micro-Epsilon are considered as proven measuring instruments in combustion engine test benches. In ‘towing’ mode as well as in the ‘firing’ mode, non-contact eddy current displacement sensors detect different parameters that contribute to the improvement of engine characteristics. In particular, the high measuring accuracy provided under harsh conditions in the engine distinguishes the eddyNCDT eddy current sensors from Micro-Epsilon.

The development of electric motors has seen a requirement for speed measurement to ensure the correct balance of the rotor and stator. Any imbalance would lead to excessive loads and reduced life. In these applications the materials used are often not suitable for Eddy Current sensors so Micro-Epsilon developed the CST6110 capacitive based system which is able to measure on a wider range of materials. Whether it is electrical conductors (metals) or insulators (plastics, ceramics), they are counted from the first detection with no run-up necessary and without any impairment of the signal quality. Capacitive sensors can also operate in both very high temperatures and the electromagnetic fields that are present in any motor.

Eddy current sensors from Micro-Epsilon are also proving themselves in test benches for the latest fully variable valve control systems for passenger vehicles. These systems control individual valves independently of the camshaft. An electro-hydraulic control system provides fully variable valve control. This means the stroke and opening/closing times of the inlet valve are freely controllable. This reduces fuel consumption and CO2 emissions with a simultaneous increase in engine performance and torque. During the end-of-line inspection of these systems, a test bench simulates the conditions inside the engine. Here, eddy current sensors from Micro-Epsilon measure the exact valve lift.

From Formula Student to Formula 1, both single point IR temperature sensors and thermal cameras from the thermoMETER and thermoIMAGER range are being used to monitor and understand tyre performance. The thermoIMAGER series of compact thermal imaging cameras has been used extensively for several years, allowing engineers to record and monitor in real-time IR Video which is used in determining effects of the car setup and its influence on the tyre temperature and operating condition.