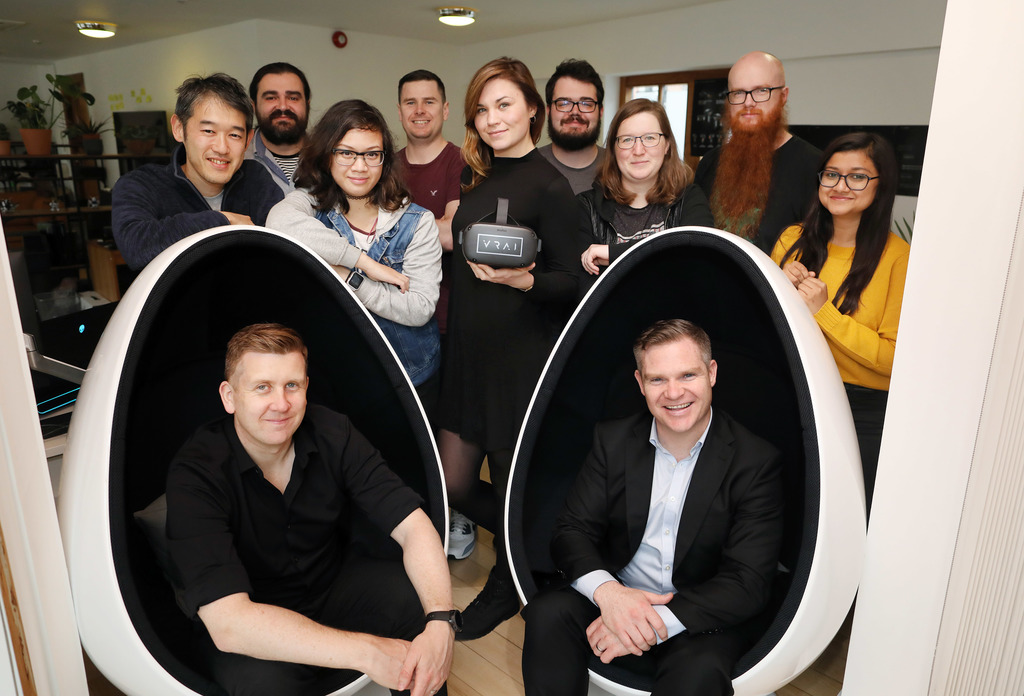 CDA: How can the industrial sector in particular benefit from using VR and AR?

NC: At VRAI we specialise in data driven virtual reality training for high hazard environments. We have recently worked with customers in aviation, defence, manufacturing and energy creation in order to help them use virtual reality to improve training outcomes.

We have been creating virtual and augmented content for nearly 5 years now and believe that this area - data driven training - is where these immersive technologies are going to have the most impact in the immediate future.

Because virtual reality allows the user to experience any place at any time and interact with it in any way, it is possible to train employees in a safer, more efficient way and record results objectively using data capture.

CDA: In an industry setting, which technology do you feel has the most to offer, VR or AR?

NC: I’m always wary of setting up VR and AR as opposing technologies. While it’s true to say they have certain things in common, the most obvious being they both typically, but not always, feature head mounted displays they both offer very different and unique benefits.

At VRAI we have generated content in AR and VR for industrial settings. I would broadly define the difference being AR is beneficial for operations and VR offers the largest ROI in training.

AR allows users to enhance their current environment by overlaying graphic or even live video content into the users field of view. This offers tremendous advantages in industrial settings as it allows workers to view digital content while continuing to work hands free. The most common current use for this is in remote assistance.

VR offers the opportunity to create a training environment identical to the real operational environment anywhere in the world. This means that workers can train for any scenario they may face on the factory floor from the safety of their own home. The recent COVID crisis has only heightened this appeal of VR meaning training can be carried out effectively without the requirement for physical presence.

CDA: Do you think we will see use of one technology overtake the other?

NC: Again, I don’t see them as mutually exclusive. They both offer their own unique value propositions. In terms of current technology I believe VR is probably 3-5 years ahead of AR in terms of cost and availability. It is possible to roll out a VR project at scale on current hardware now. The current cost of AR hardware is proving to be a barrier to many. Organisations such as Boeing however have been using AR effectively in their manufacturing processes for some time now with great ROI numbers.

When thinking about the future, I believe in fact one technology will precipitate the uptake of the other. Once people start getting used to wearing a computer and screen on their heads, it will normalise the practice for the other. We often talk about the VR-to-AR training pipeline where future workers will be able to train in VR with graphical overlays and performance metrics, and carry this learning and user interface over to the AR headset for operations on the factory floor.

Looking even further into the future, where things will really start to get interesting is when telepresence and virtual control of robots becomes technically feasible at scale.

CDA: How will the introduction of 5G impact VR and AR?

NC: To follow up on the last point this telepresence will be enabled, or indeed may fundamentally rely on 5G. Being able to stream vast amounts of high fidelity data will be key for this sort of technology. However it is the ultra low latency that 5G brings that would be the real game changer.

On a more short-term basis, we see 5G opening the door to cloud rendering for virtual and augmented reality. Rather than having to do lots of high intensity visual processing on the immersive device, shifting this to the cloud would reduce both the weight and ultimate cost of these devices, making them much more accessible. Microsoft have already done some very interesting research on this with their Azure and Hololens products.

We’ve been fortunate to partner with Vodafone and Ericsson in a 5G accelerator programme and it was very informative to see how those technologies function.

However I would also say that we are generally advocates of technologies working together in order to provide a useful product. We see the convergence of IoT, Cloud Computing, Immersive Technologies, Artificial Intelligence and 5G communications leading to a very exciting technological future.

CDA: Has the global pandemic accelerated use of the technologies?

NC: The short answer is yes. We have found that after an initial period of everything coming to a complete stop, we have been receiving more enquiries than ever about virtual training. Now that people are becoming more comfortable with both remote working and virtual communication, the idea of virtual training seems not only less alien, but almost now a no-brainer.

Using Virtual Reality employees can train for any task from the safety of their own homes. Not only that, using our HEAT product, training performance outcomes can be recorded in detail and benchmarked against experts for future improvements.

CDA: Is the use of VR and AR widely accepted, or does there need to be more culture change within the workplace?

NC: This really comes down to the industry and we have found they broadly break down into one of three. In some sectors which we work with such as defence and aviation, simulation training has been part of the learning process for decades. In these industries, VR is simply seen as the next logical step.

In other industries, uptake is generally slower, but they are starting to experiment and innovate with immersive technology. Once the benefits can be clearly demonstrated interest generally follows. We are after all taking technology that was once the preserve of astronauts and fighter pilots and bringing it affordably to the factory floor. We have done projects in manufacturing and logistics which broadly fall into this category.

Then there are also some industries where the margins are so tight that they are waiting for the cost to come down and immersive technologies are still seen as a nice to have. Broadly speaking we have found the construction industry has fallen into this category. However there is definitely an opportunity for first mover advantage in these industries where early uptake would bring a significant competitive advantage.

CDA: Are there any other barriers to implementation, and if so, how can they be overcome?

Up front cost both of hardware and bespoke content creation are typically the biggest barriers to entry. Like all hardware, the cost is falling as technology improves, and it is only a matter of time before it reaches a price that is accessible to all. Indeed some of the more recent headsets allow for self contained, high resolution VR for £400 - comparable to a mid range mobile phone.

We are attempting to address the up front cost in a number of ways via innovation. We are also building a library of ‘generic’ training experiences that apply across industry verticals to reduce the initial barrier to VR training.

CDA: What are some of the most recent/interesting applications that you have been involved with?

While it can be difficult to talk in detail about some applications as our customers seek to maintain their competitive advantage, we have worked on projects in Defence, Aviation and manufacturing for Fortune 500 companies in the training space. One recent customer achieved a 5x increase in efficiency using VR training while also achieving a 94% satisfaction rating on the training experience.

The thing that excites us most at the moment is the application of big data techniques to virtual training and the incredible opportunities this offers in keeping people working in High Hazard environments safe through better preparation.

VRAI is an Irish immersive technology company specialising in virtual reality production. It is a content creation organisation with over 30 years’ combined staff experience in delivering VR & AR. In addition to providing immersive technology services to corporations, VRAI is also on a mission to improve training and development through the combination of technology and data with its flagship product, HEAT. HEAT aims to improve the quality and safety of high-hazard training and development schemes and consists of three main elements: onboarding, VR training, and AI reporting and analytics. For further info visit: https://vrai.ie/