Home >Thrills without the spills
ARTICLE

Thrills without the spills

One company that knows how to deliver a unique and thrilling experience is Zip World based in Bethesda in Wales. Safety of the participants is paramount, which is why Zip World turned to Turck Banner for its system requirements. 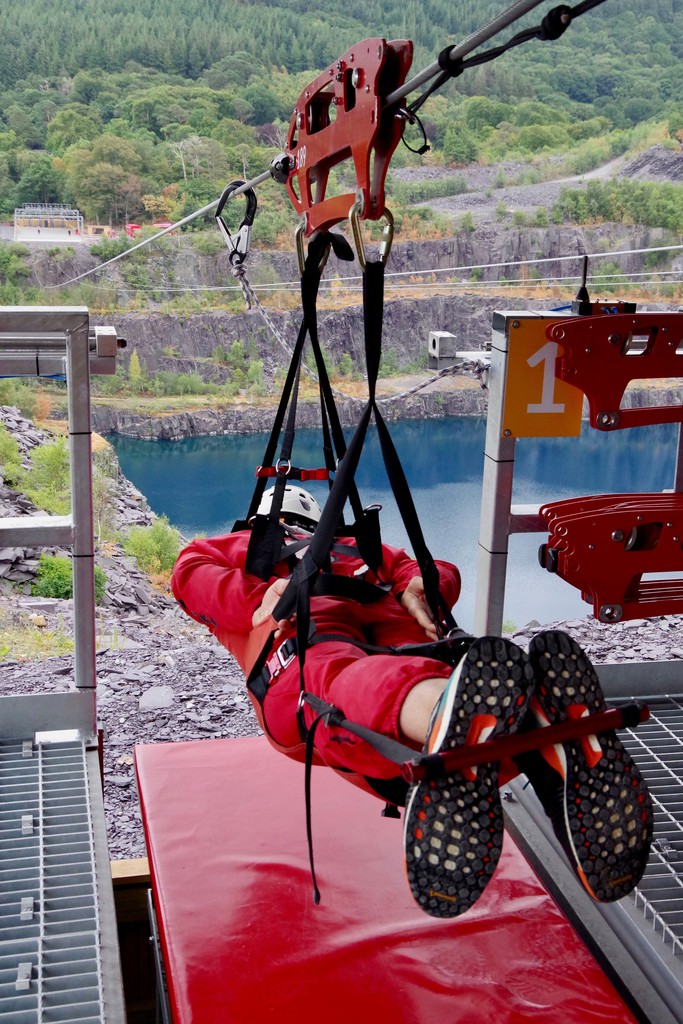 For many people the participation in traditional tranquil leisure pursuits such as golf or walking fulfils their needs and delivers a satisfying experience. Conversely, for those who have the desire for a more daring way to spend their leisure time, the opportunities are endless. Thrill seekers and adrenaline junkies are just a couple of terms used to describe this group who are more likely to be bungee jumping off bridges or diving off cliff-tops than sitting reading a good book.

The challenge for companies that offer adventurous activities is to pre-empt and eliminate the danger whilst delivering the thrill demanded by their clients. In short, the perception of danger without being dangerous.

One company that knows how to deliver a unique and thrilling experience is Zip World based in Bethesda in Wales. Zip World won international acclaim when it opened Zip World Velocity at Penrhyn Quarry, Bethesda back in March 2013. This attraction offers riders the closest experience a human being can get to flying like a bird.

Velocity involves flying head-first for just under a mile, at speeds of up to 125mph down a mountain, then straight over a cliff, 500ft above the quarry lake, with spectacular views as far as Ireland.

Safety of the participants is paramount, which is why Zip World turned to Turck Banner for its system requirements. The role of Turck Banner in the systems market is to offer design and integration expertise based upon a vast range of quality products including HMIs, bus systems, RFID, Ex Interface, lighting & indication, cables & connectors and sensors.

The nature of the applications encountered at Zip World went far beyond the routine manufacturing scenario. Consequently, while many systems providers who were initially approached were unable or unwilling to offer the required amount of support, the systems support team at Turck Banner had the expertise, flexibility and design flair to provide the correct solution.

Turck Banner had the expertise, flexibility and design flair

Velocity originally had two wires, allowing two riders at a time. This was subsequently increased to four, reducing the waiting time for participants. Further time-saving has been achieved by the introduction of a unique dismounting system that safely controls the dis-engagement of each participant at the end of the ride. When all four riders have come to a halt and the lead instructor and control system are satisfied that all riders have arrived, a master control button is pressed to allow the dis-engagement procedure. This button then arms four individual push buttons, each activated by an instructor, and the dis-engagement process can commence. In addition to the increased efficiency of the operation, the new system requires far less physical assistance from operators and instructors in positioning riders prior to dis-engagement.

Velocity is based in a disused slate quarry in a remote part of Wales where the conditions are particularly challenging, with the installations being carried out during the winter period in temperatures of typically -5 to -15 degrees. System hardware such as sensors, push buttons etc. must be able to withstand constant exposure to running water, laden with abrasive slate and stone particles.

The Zip World philosophy of living life a little more adventurously, whilst having fun, continues to drive this unique attraction, and as further developments are considered, Turck Banner will be alongside to ensure the ultimate thrilling experience for clients without the danger.