With spending on automation in the food and drink industries set to continue to rise, CDA looks at some of the latest products developed specifically for the sector and how they are being used 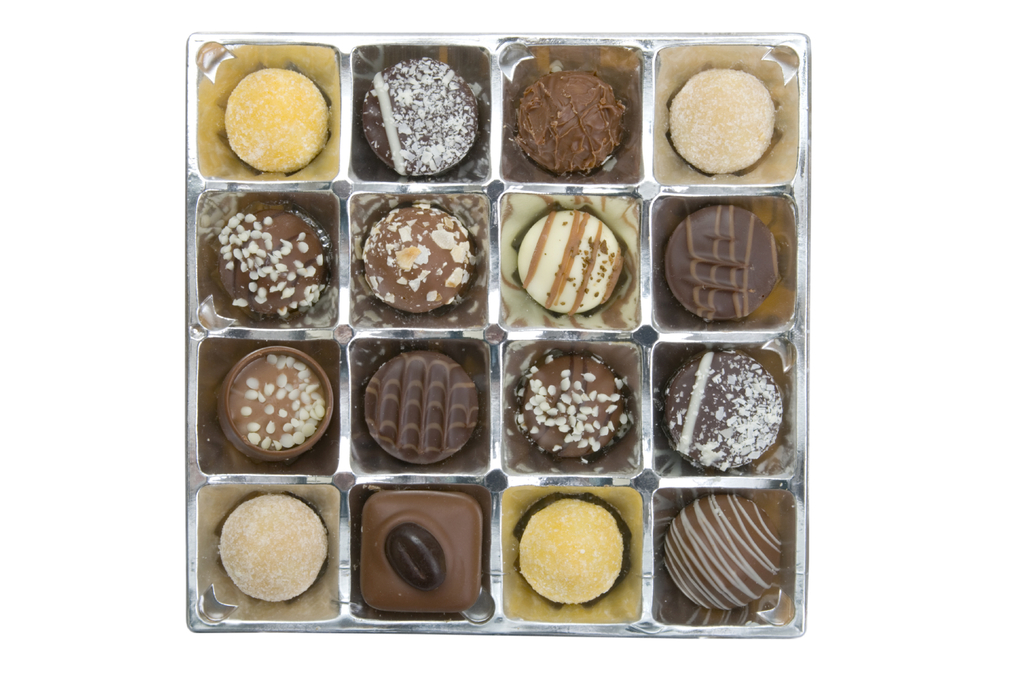 Like it not not, there is little doubt that despite a grass-roots movement towards small scale artisan production, it is the large multi-national conglomerates that continue to dominate the food and beverage industries worldwide. With such large scale production being commonplace, it stands to reason that automation will feature heavily across the sector. Indeed, it has been estimated that by 2016 automation expenditure in food and beverage industries worldwide will top $7 billion.

Little wonder then that there is constant stream of new and innovative equipment being made available that is aimed specifically at the sector. One example of this is FANUC’s new M-2iA pick and place delta style robot, which is one of the few IP69K certified robot systems on the market. Capable of high speed, accurate pick and place tasks, it has been developed in direct response to an increasing trend driven by food producers and manufacturers looking to improve the hygiene of handling raw and unpackaged foods.

"Robot uptake in the food industry has grown considerably within the last five years, with producers looking to enhance their competitive edge using high speed, accurate and agile systems – the key benefits of a pick and place robot. Yet most recent demands from producers relate to food safety and the use of robots to improve hygiene, by removing the human element, during the manufacturing process,” comments FANUC UK managing director, Chris Sumner. "Although IP67K certified robots have been commonplace for many years, the very nature of a robot arm, with its many crevices and less durable construction materials, has in the past prevented it from working in harsh environments. Our current focus is on hardening our robots for sanitation, making them able to withstand the harshest of environments and high pressure water hose cleaning, which is often used during food manufacture,” adds Chris. 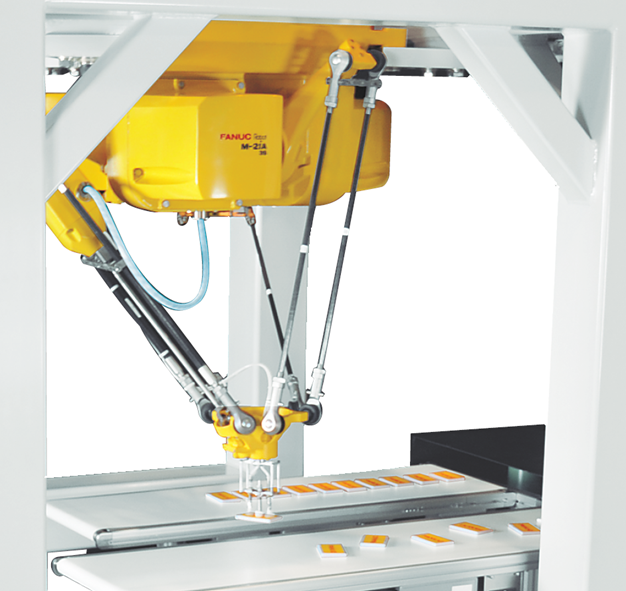 FANUC’s M-2iA is a high speed, ceiling mounted picking and assembly robot with a 3kg payload and ±0.1mm repeatability. Two size options enable it to fit into space restricted areas and its four axis long arm with single axis wrist makes it ideal for picking from a conveyor at extremely high rates – up-to 220 cycles per minute. Designed with a durable epoxy coating, food-grade lubricant and over 20+ end effector options, it is ideal for handling unpackaged and raw foods including placement of products into trays. The system can also be equipped with the latest intelligent features, including FANUC iRVision and force sensing.

Operator training on the new M-2iA, to develop skills to achieve optimum equipment performance in a safe operating environment, takes place at FANUC’s new 3,000m² Coventry based interactive facility. "During the lifespan of a FANUC robot, typically 25 years, a system will be updated on a number of occasions with new software and different end effectors, enabling it to easily change its occupation in line with brand trends. To keep the robot in good working order, FANUC guarantees parts for 25 years, including obsolescence avoidance solutions, and services systems quickly with a team of 45 UK based engineers to achieve 99.9% system uptime,” says Sumner.

As any supply chain becomes more automated, traceability and quality control become more important, and this is particularly true in the case of food and drink. To ensure the fill quantity matches the stated weight, the Warsteiner brewery in Germany weighs its kegs before and after the filling process. During the process, DataMan barcode readers from Cognex are used to read the challenging barcodes that are affixed to the kegs.  The solution for this was developed and implemented by BHV-Automation, together with Warsteiner's own engineers.

In the 'Stichfass' (smaller keg) plant, traceability of the kegs during the production process is provided by a combination of label printing, precision weighing and barcode reading. BHV-Automation relies on Cognex DataMan 302X barcode readers for the challenging 2-D Data Matrix codes, which are robust enough to read the reflective codes on labels that are soaking wet and wrinkled. The DataMan 302X let BHV-Automation increase the application read rate from 92% to 100%. This eliminated the need for the complex manual re-weighing step in Warsteiner’s process.

The actual content of the kegs is determined by Warsteiner using two weighing steps; one before filling and one afterwards. The difference between the overall weight and the weight of the packaging allows the exact fill content to be determined. For accurate traceability in the filling plant, each keg is given a serial number in the form of a Data Matrix code. A label printer applies the adhesive label with the Data Matrix code to the bottom of the keg before the first weighing. After this step, a Cognex DataMan 302X reads the freshly printed label. The code string is then sent via an RS-232 cable directly to the precision balance where the weighing process then takes place when the conveyor belt stops.

Reading the Data Matrix code is no easy task. The kegs come in 10, 15, 20, 30 and 50-liter variants, which mean that the distance from the barcode reader varies. The codes also vary in position as the kegs rotate as they move along the conveyor. However, these are not challenges for DataMan 302X, which can handle variations in depth of field and field of view. 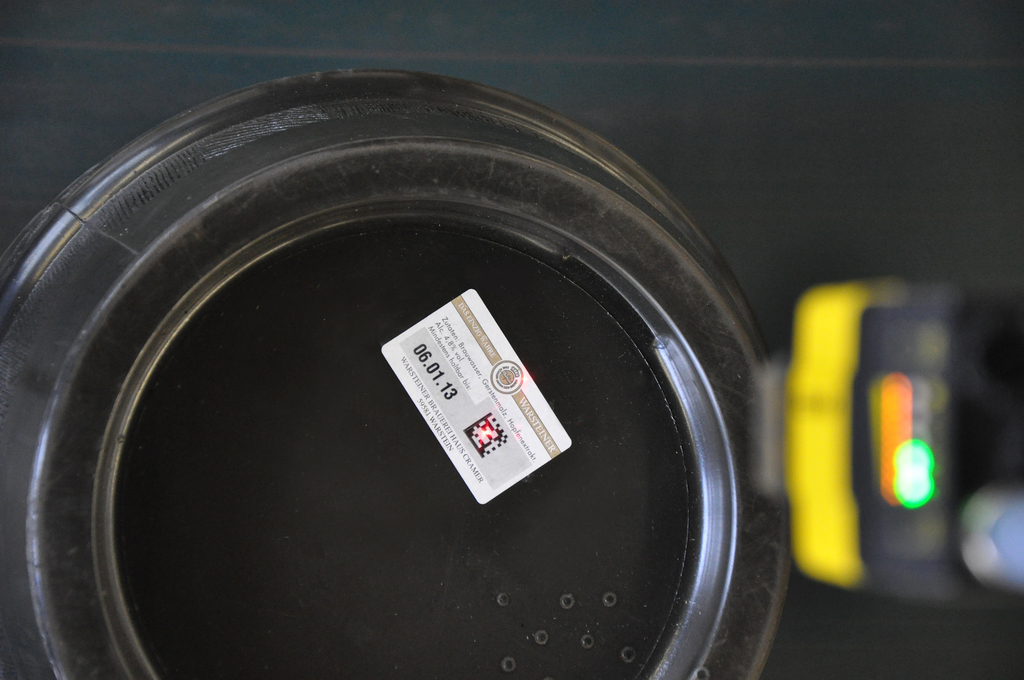 After the tare weight is measured, the keg continues through its filling process. The labels (and the Data Matrix codes) are subject to beer foaming over the keg and the cleaning water from the barrel washer unit, which make them even more difficult to read. There are often highly reflective water droplets on the code when the full keg is weighed, which would be a challenge for most barcode readers. However, the Cognex DataMan 302X is equipped with the powerful code reading algorithm, 2DMax+ which has the ability to read damaged and difficult-to-read codes with ease. The DataMan 302X also is equipped with its own integrated light which is enough for the first reading station at Warsteiner. For the second weighing point, two linear lights in a 45° dark field arrangement provide the best possible contrast for reflective surfaces in a dark environment. 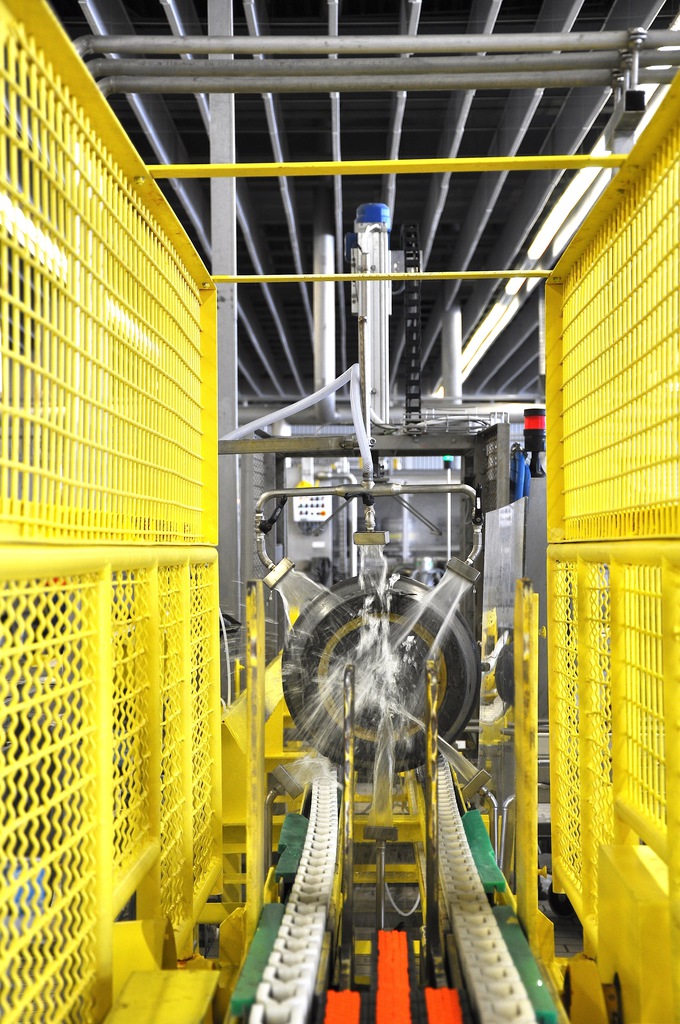 If the quantity filled is within the given tolerance range, the keg is transported further for storage. Incorrectly filled barrels are removed, emptied, cleaned and refilled. The two weighing stations with Cognex barcode were a complete success for Warsteiner, saving them time and money. Because the reading station recognizes 100% of the Data Matrix codes applied to the kegs, manual re-weighing becomes unnecessary. The DataMan 302X is one of the main factors in the success of this solution. It was designed to cope with the most demanding applications with hard-to-read codes on clocked or high-speed lines. The 2DMax+ algorithm gives it a crucial advantage over competitive products.In addition, the liquid lens autofocus gives the DataMan maximum flexibility in obtaining the desired depth of field. Furthermore, the controllable and field replaceable red lighting allows the DataMan to be configured to provide the best possible lighting for any application.

At this year’s Drinktec in Munich chain specialist iwis introduced its hardened, wear-resistant stainless steel flat top chains. Sold under the Flexon brand the chains are used, for example, for conveying bottle crates and returnable bottles and are surface-hardened with a special process to reduce wear and maintenance costs. 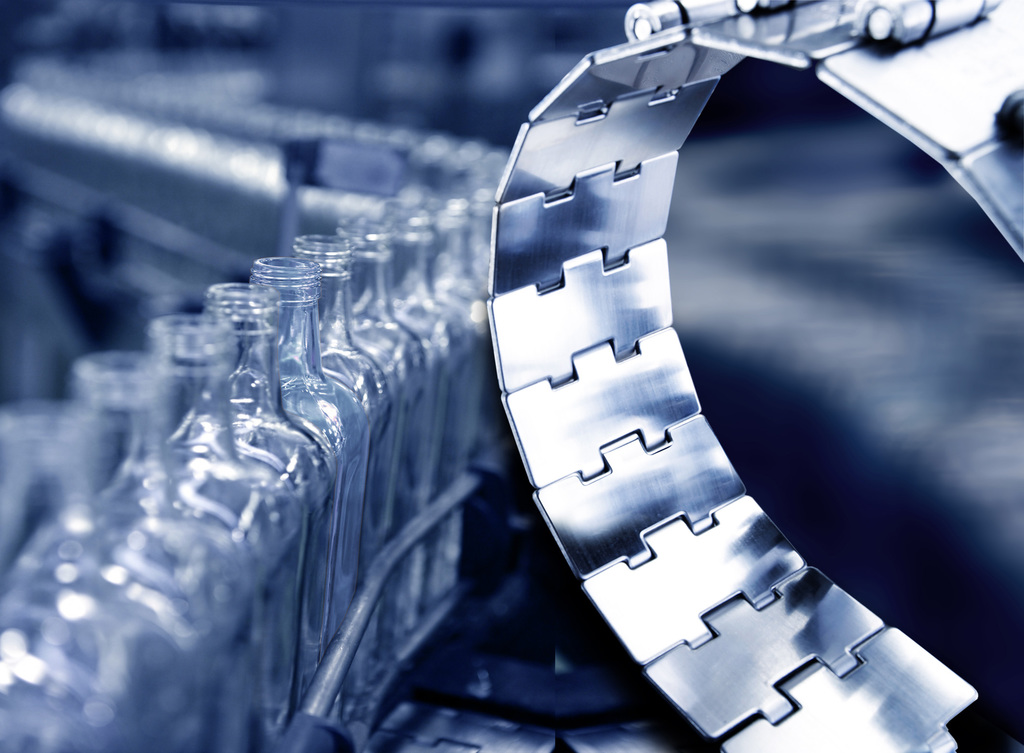 Flat top chains consist of plates that are connected to each other with single and double hinged joints. This design allows the construction of chains with a width of up to 305mm for both straight-line and curved tracks, onto which the products can be directly placed. Crates and reusable bottles place an exceptionally high strain on the chains, and foreign matter, such as sand, glass, string and other dirt also increase chain wear. Consequently the chains need to be replaced more frequently throughout the plant’s service life, with the resulting replacement chain and additional maintenance costs cutting into production profits.

"With wear-resistant chains the extreme wear traditionally suffered by crate conveying chains is a thing of the past. This, of course, also cuts production costs”, explains Frank Rasch, flat top chain manager at iwis. "In terms of reduced maintenance carbon steel chains hardened to about 45 HRC have a clear advantage over stainless steel chains. But because they rust, carbon steel chains are unsuitable for handling beverages. To date chains made from cold-rolled stainless steel with a hardness of about 27 HRC have been used here. Although suitable also for bottling plants, their low hardness means that they have a much shorter lifespan than hardened carbon steel chains; a fact that had to be accepted until now.”