Any equipment used in a marine application will need to cope with remote and hostile environments, corrosive atmospheres and stringent legislation requirements 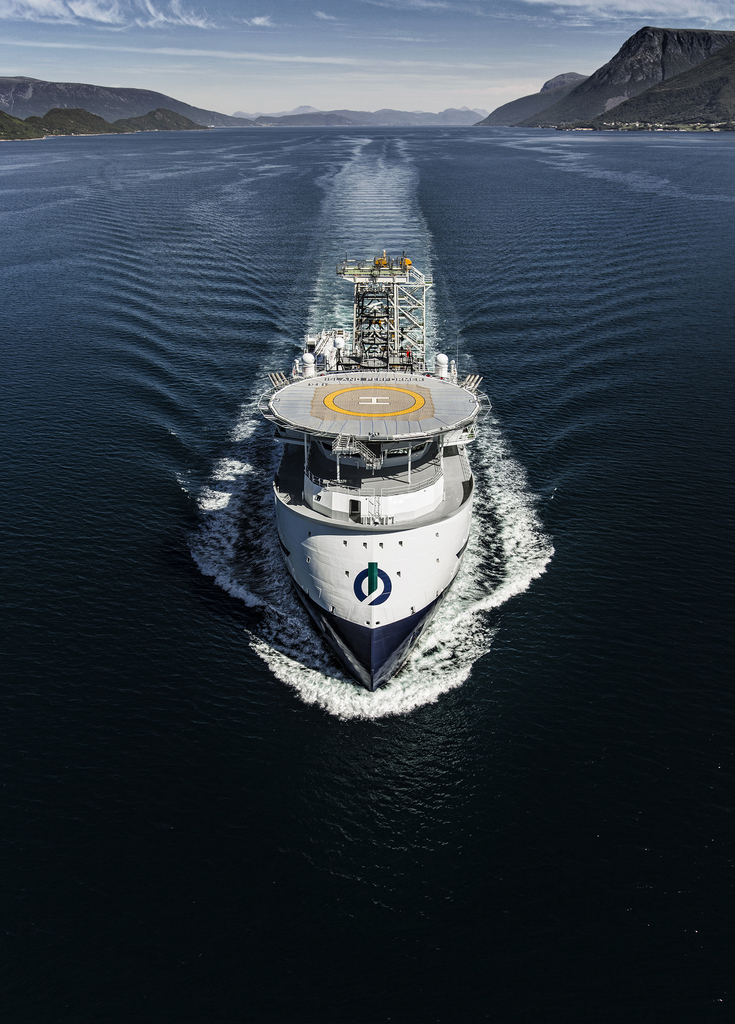 In addition to the universal issues of cost and efficiency, any technology developed for use in a marine environment has a plethora of additional challenges to overcome. Saltwater is inherently corrosive and installations are often remote and difficult to access, making maintenance problematic. Therefore, robustness and reliability are vitally important. In addition, any equipment that is exposed to breaking waves must be able to withstand to high impact loads. Other factors to be taken into consideration include the safety and comfort of personnel.

Reliability and efficiency were key factors in Ulstein Verft shipyard and AF Offshore Aeron AS choosing Danfoss VLT drives to control the seawater cooling system, cargo delivery system and HVAC applications in their state of-the-art subsea vessel, ‘Island Performer’, along with Danfoss'  expertise during the installation and programming of the drives. 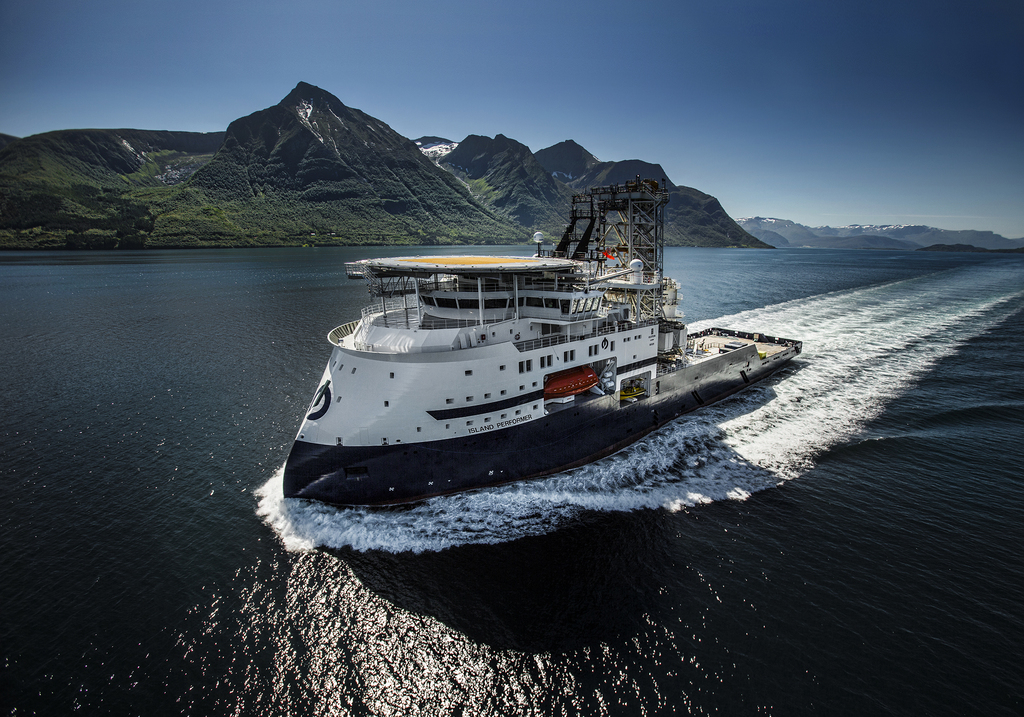 Built to provide offshore installation and construction services for subsea umbilicals, risers and flowlines and to perform riserless light well intervention and inspection, maintenance and repair works, Island Performer is able to perform operations at depths down to 3000m. Precision, safety and efficiency are obviously paramount in this extremely challenging working environment, but personnel comfort has also become increasingly prominent and the role of air-conditioning plays is an important factor. 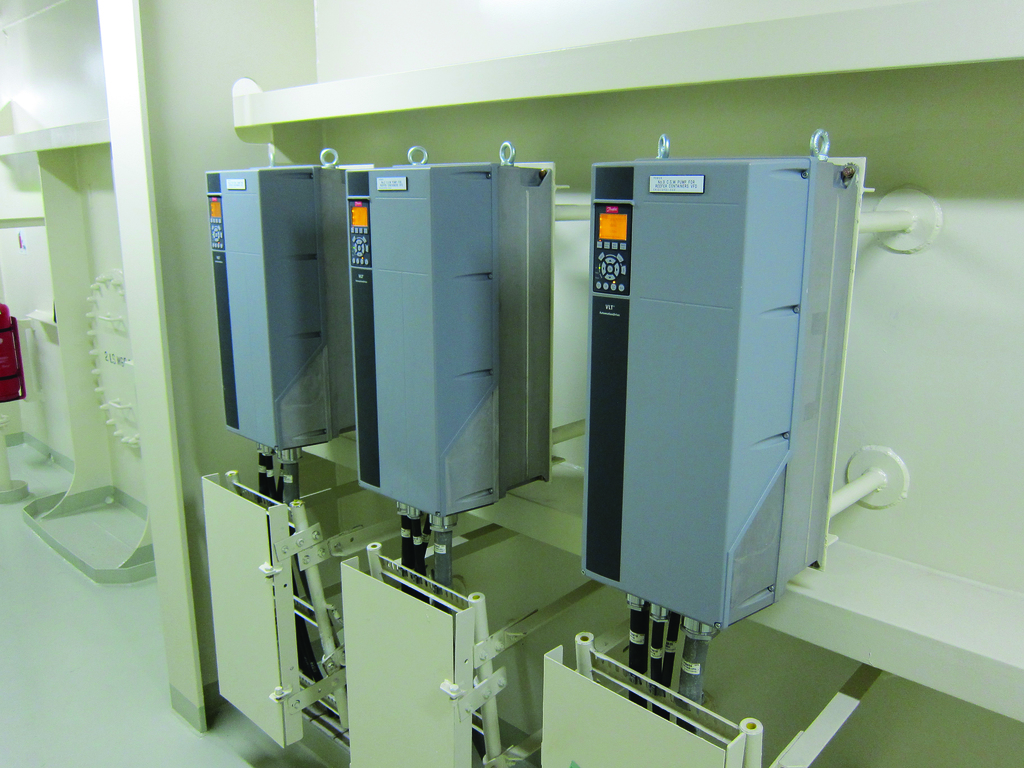 "Seawater cooling systems are normally designed for 32°C seawater temperatures. But for vessels such as Island Performer, which can frequently operate in cooler areas such as The North Sea, this is over-dimensioned when it comes to cooling capacity,” says Frank Brandal, production coordinator at Ulstein Verft.

"By using Danfoss VLT drives, pumps operate consistently at their optimum level for cooling, to save energy. The same principle applies when using these drives in air-conditioning systems,” adds Odd Willy Larsen, project director at AF Offshore Aeron AS.

By using smallfootprint, VLT drives in their its high-speed systems, AF Offshore Aeron AS meets the requirements for less space consumption onboard ships and eliminates noise and vibration problems. VLT drives have also been used in the vessels’ cargo delivery systems, where their ability to optimise the flow or pressure to the capacity of the rig or vessel receiving the cargo. This is important, as the vessel’s own cargo system has a potentially high capacity, while those of the receiver may be considerably smaller.

Technology also plays a key role in developing equipment for use in a marine environment. Non-contact torque sensors from Sensor Technology are being used in the development of commercial-scale in-stream tidal turbines produced by Irish company, OpenHydro. The company is using these novel sensors, which are based on surface acoustic wave (SAW) technology, to accurately measure rotational speed and frictional forces in a simulator for the turbine bearings, thereby allowing it to optimise the performance and reliability of its innovative products.

Reliably and efficiently harvesting energy from the tides requires the use of novel technology and, in the case of OpenHydro, this takes the form of open-centre turbines that can be deployed directly on the seabed. Clearly, installation in such an inaccessible location makes reliability a prime consideration in the design and construction of the turbines. For this reason, OpenHydro carefully and comprehensively evaluates the performance of all of the components used in its turbines.

For the bearings, this evaluation involves the use of a simulator that allows the company's engineers to determine how frictional forces in the bearings vary with different loads and rotational speeds. Central to the operation of this simulator is the measurement of torque in a shaft from the motor that drives the bearing under test. With conventional sensors, it is hard to carry out this type of torque measurement accurately and reliably, but OpenHydro found that Sensor Technology's TorqSense RWT320 series sensor provided an ideal solution.

Like all TorqSense sensors, the RWT320 units depend for their operation on surface acoustic wave (SAW) transducers. These transducers comprise two thin metal electrodes, in the form of interlocking "fingers", on a piezoelectric substrate such as quartz.

The transducer operates as a frequency-dependent strain gauge

Since the transducers operate at radio frequencies, it is easy to couple signals to them wirelessly. Hence TorqSense sensors can be used on rotating shafts, and can provide data continuously without the need for the inherently unreliable and inconvenient brushes and slip rings often found in traditional torque measurement systems.

OpenHydro uses the RWT320 sensor in conjunction with Sensor Technology's TorqView software. This offers a choice of dial, digital bar and chart graph format display for torque, RPM, temperature and power. It also provides facilities for realtime plotting and for data recording, and can output stored results as files that are compatible with Matlab and Excel.

Ensuring a safe and productive solution to providing electrical, water, and fuel connections to a jetty is challenging at the best of times. But when that jetty is floating in the harbour at Barrow-in-Furness with rough seas and an 11 metre tide, the problems are compounded. That was the situation facing Cameron Forecourt, who installed a floating pontoon for DONG Energy that is used to service their wind farm just off the rugged North West coast of England.

"Our traditional approach to such floating pontoons would be to run all the cabling and service pipes along the side or floor of the access ramp,” Dennis West, manager at Cameron Forecourt, explains. "The arrangement is both unsightly, and more importantly could present safety issues. There has to be enough spare cable on the floor at the bottom of the bridge to allow for the movement of the pontoon between low and high tides. This cable and piping is often coiled at the foot of the walkway and as the pontoon rises and falls the cables can become untidy and present a trip hazard. When you consider that the tide at Barrow-in-Furness is 11 metres, so at high tide the pontoon raises 11 metres – that is a lot of slack hose.”

The route taken by Dennis and his team to overcome the aesthetic, safety and operational challenges was to utilise igus energy chains. The energy chain cable carriers (also known as drag chains) became the umbilical cord of the operation. 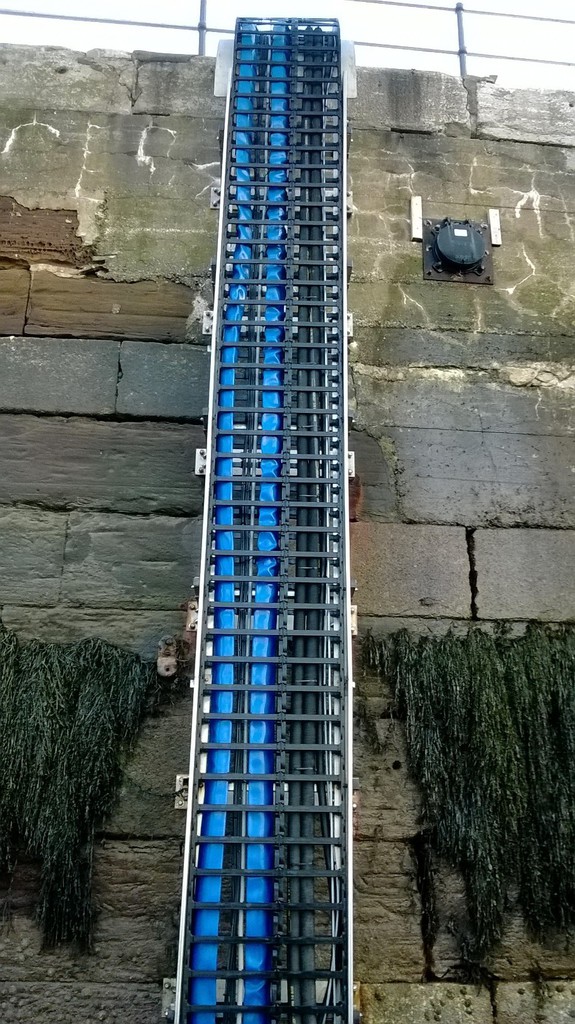 "By using the igus energy chains all the services are accommodated in one place in a very neat, professional and safe arrangement,” Dennis adds. This track was fastened at both ends – on the harbour wall at the top, fed from a 60,000 litre double-skin bunded tank, and on the pontoon at its lower end. When the pontoon lifts with the tide, its movement is accommodated by the curve in the igus track.

"All the wires, cables and piping were enclosed together within the energy chain, safe from damage and presenting no hazards for those working on the pontoon or boarding the ships,” Dennis continues.

The services within the energy chain were two feed lines for the two dispensers that allow the boats to be loaded, a water hose, a bilge hose for the sewerage and the cabling required for the pontoon for lights and electric hose reels. Also included within the enclosure was a 100mm thick fuel line of double contained marine pipework with leak detection on the outer pipe.

Installing the energy chains was also a trouble free operation. All the cabling and amenities were fitted into the track on the harbour side before it was swung into position and fastened to the pontoon. The length was set to accommodate the low tide position, approximately an 18 metre run. As the tide comes in and the pontoon rises, the flexible e-chain doubles back on itself.

The energy chain guides and protects the hoses and cables

In this way, the energy chain guides and protects the hoses and cables from the often violent movements of the pontoon as it rocks with the tide and is buffeted by the waves crashing into the harbour wall.

Servos give racing yacht an edge

Within a racing yacht, each hand-cranked pedestal can drive several winches. Though races can last hours every second makes a difference. Disengaging all but the winch that’s needed in a given manoeuvre lightens the load, letting sails rise sooner, and thus giving an edge over the competition. Racing-grade clutches make this possible, but running mechanical linkages to them from the crank station requires extra pulleys, extra cable and hence – in a sport where shaving grams is as important as shaving seconds – extra weight.

Competitive sailing specialist Stayinphase developed an innovative ‘sail-by-wire’ answer to this problem. In place of mechanical linkages, wires could carry signals to servos positioned next to the clutches to engage and disengage them. To make these ideas viable compact and powerful servos were needed and the system had to be delivered on a tight time frame. This made Rotalink’s brushed DC gearmotor with encoder feedback and Red Drive programmable drive board ideal for the task.

The gearmotors had to perform a servo’s basic function: move between two points to engage and disengage the clutches. In addition to this they had to react to the movements of other winches, disengaging only when these reached a certain position. Finally, it had to be possible for the race crew to select the points the servos moved between without editing the program. The numerous inputs and outputs of the Red Drive allowed it to utilize Hall Effect and infrared sensors to monitor the aforementioned winches. Meanwhile its EEPROM memory allowed the gearmotors to be positioned and these positions ‘memorized’ using just three switches, not a laptop. The program to allow this was complex, but came together quickly thanks to the intuitive flow chart based programming of the Red Drive software.

The ability to pack power into a small space was critical to this project; the Rotalink geared motors were well suited to this demanding application. The humble brushed DC motor is not the obvious choice for a high-performance racing yacht however as the servos operated intermittently its relatively short lifespan was not a critical factor. Rotalink’s compact 310 hybrid planetary-spur ovoid gearbox fully utilized the available motor power. It offered a smaller footprint and lighter weight than an equivalent spur gearbox and an absolute encoder mounted on its output shaft which an inline planetary gearbox typically used to save space could not.

This absolute encoder was the final element that enabled the sail-by-wire approach. A design unique to Rotalink, it serves as the digital equivalent to a potentiometer. Compared with that analogue component it offers reduced size, greater lifespan and the option to report its position via 10-bit SSI as well as a more conventional 0V to 5V signal. This makes it resistant to EMI and, critically in a battery-powered application like the Stayinphase project, stops its true position from being distorted by a drop in voltage (as would be the case with a potentiometer).

The support provided by Rotalink’s sales engineer allowed Stayinphase to install the system in their client’s yacht on schedule. The ease and speed with which Red Drive can be reprogrammed allowed final improvements to be made on-site. The system proved to be a success, seeing use in the 2014 Copa del Ray, Rolex Mini-Maxi and Middle Sea Race series.