Despite the havoc that can be caused by low tech devices in asymmetric warfare, battlefield activities are becoming increasingly high tech. Andy Pye looks as some of the areas where technology counts. 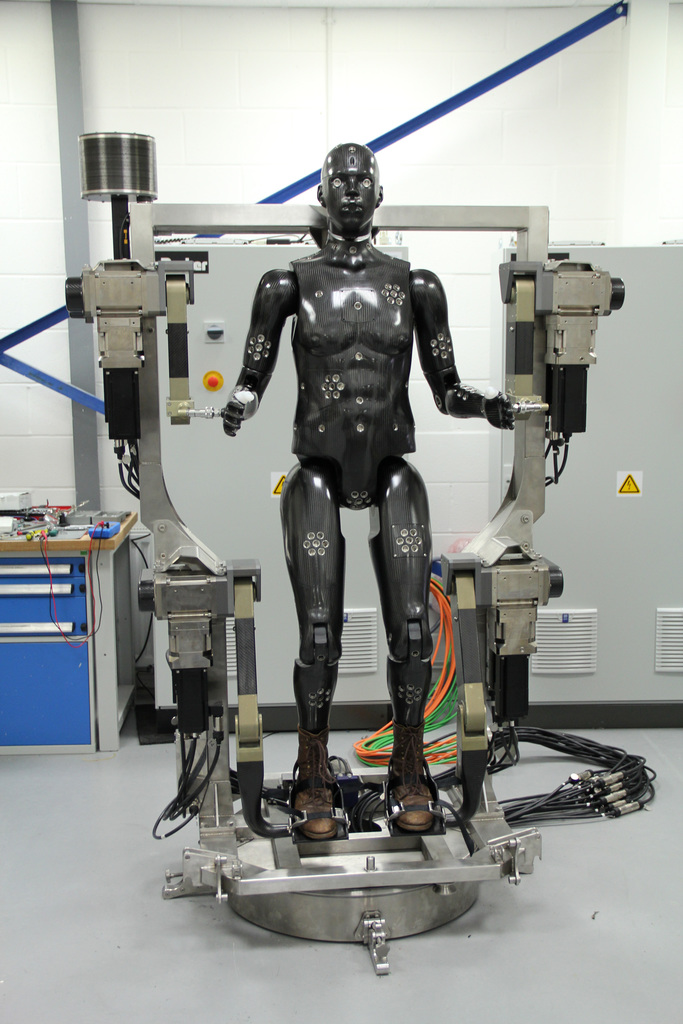 The growing demand for real time data doesn’t stop at home or in the office. So says Steve Lien, vice president of defence and space business at Honeywell Aerospace. Today, data streaming is vital to troops on the battlefield who depend on digital data. Where traditional communication and navigation methods risk inaccuracies, interference and interception, recent innovations have proven to enhance troop safety and efficiency, while lowering costs. As battlefield technologies continue to modernise, Lien believes that the fusion of real-time data will become an increasingly important feature in communication, navigation and asset management.

As an example, significant upgrades from traditional radio and telephone transmissions mean that troops on-the-ground can now communicate by video, voice or data in real-time with their airborne counterparts using such innovations as Honeywell’s GC-27 antenna. Similarly, Honeywell’s Sky Connect Tracker enables pilots and despatchers to communicate critical messages immediately, in a similar way to text messaging. 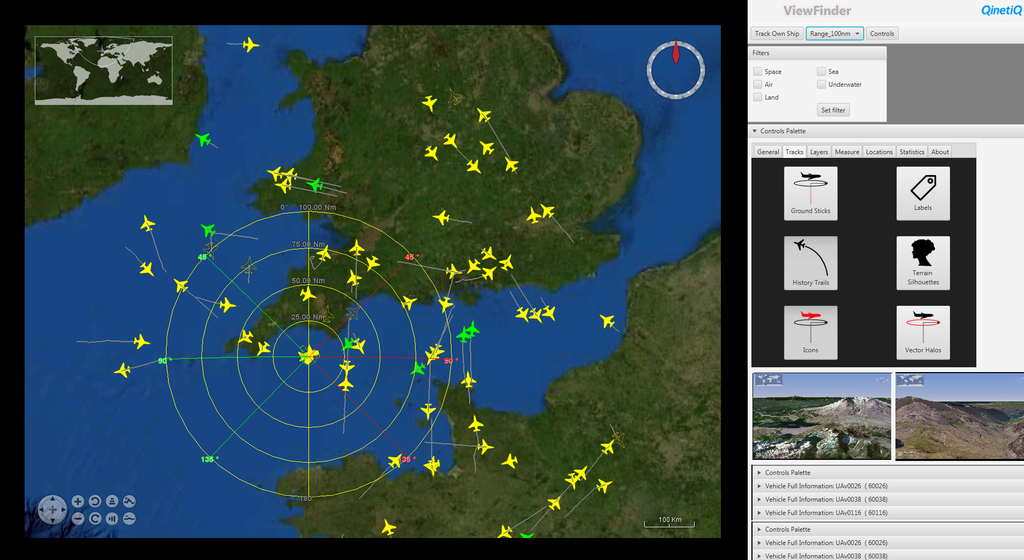 David Beatty, QinetiQ’s chief engineer for Maritime Investment and Technology, said: "ViewFinder’s strength lies in its ability to seamlessly integrate sensors and hardware from multiple manufacturers and combine it into single, detailed picture of the ship’s surroundings. This, combined with data inputted by the operator, offers unrivalled situational awareness by speeding up assessment, reducing operator workload and minimising potential for user error.”

Drones on the up

The term drones gives a military connotation to Unmanned Aerial Vehicles (UAVs). But while most of the market value today lies in military applications, small UAVs are increasing in sales fastest and that is primarily down to non-military applications. From 2026, civil uses will greatly exceed military in market value, says Peter Harrop Chairman of IDTechEx. "Perhaps we should revert to calling them UAVs,” he says. A new IDTechEx report - Electric Drones: Unmanned Aerial Vehicles UAVs 2015-2025 - forecasts it all, but concentrates on hybrid and pure electric versions, because these are taking over.

According to Harrop, "The biggest market sub-sector will be small UAVs that are not toys or personal, with $2 billion in sales in 2025 generating over $20 billion in benefits in agriculture, border protection, parcel delivery, logistics such as warehousing, coastguard, customs, search and rescue, medical emergency, malaria research, mine detection, protection of rare species, movie production and so on."

Amazon recently reiterated that they are committed to delivering packages to customers via drones when they get the regulatory support needed. China's biggest internet retailer Alibaba trialled drone deliveries in the country at the beginning of February. Google has also been testing drone deliveries in Australia, and DHL has carried out deliveries by unmanned aircraft in Germany.

Technological changes include the merging of bodywork with the electronics to save cost, volume and weight, while increasing reliability and life. Other new components coming in include supercabatteries such as lithium-ion capacitors, silicon carbide and gallium nitride power semiconductors and multi-mode energy harvesting. Beyond the UAV powertrain, with its radically changing motor, are the telematics, sensor platforms and optics, all changing rapidly to become far more functional and lighter in weight.

Perhaps the most advanced miniature payload in the world – the Controp Micro-Stamp – is set to make its first appearance at Aero India 2015. 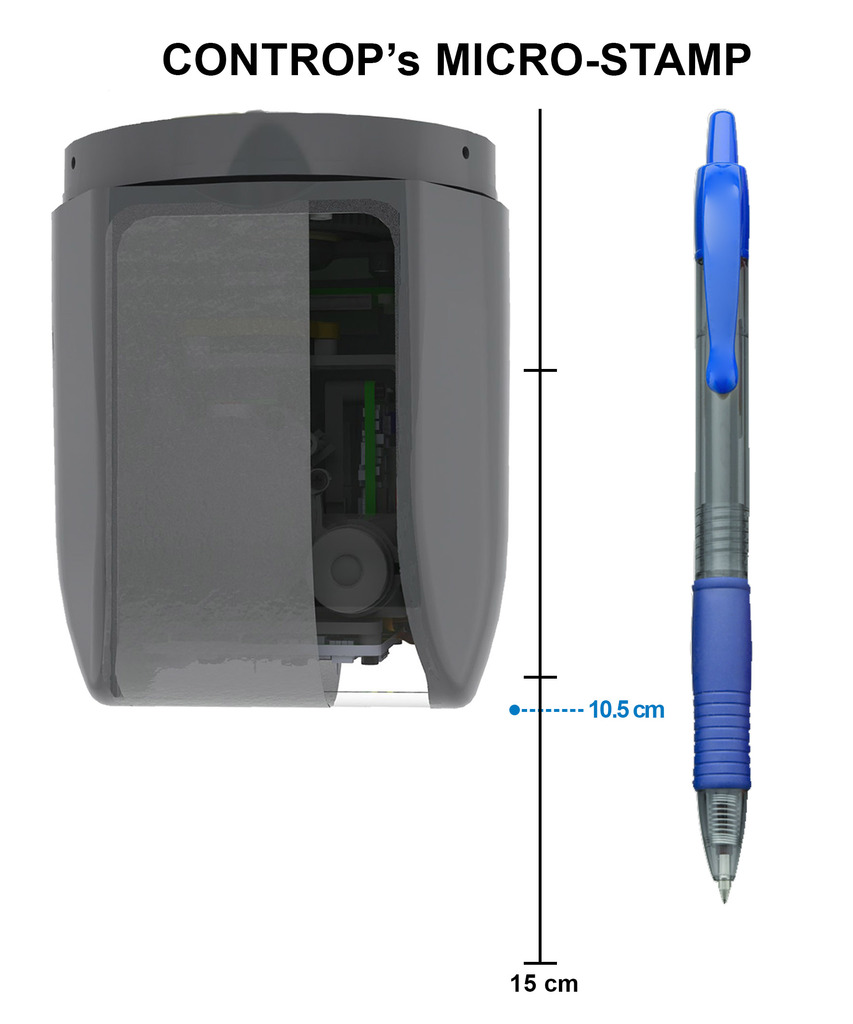 According to the company’s vice president marketing, Johnny Carni, "The Micro-Stamp was developed as a result of an operational requirement arising from the field. Small Unmanned Aerial Vehicle (SUAV) users required a very small and lightweight day/night payload with a superior level of gyro-stabilisation and a thermal camera with a dual field-of-view (FOV)."

With a height of only 10cm, the Micro-Stamp provides a dual FOV uncooled infra-red (IR) camera and a day camera with a continuous zoom lens. Features include low power consumption, inertial navigation system (INS) on the line of sight and an optional video tracker.

Parrot, developer and marketer of advanced technology wireless products for consumers and professionals, is using Dassault Systèmes’ Solidworks Industrial Design software to design complex 3D shapes for a future line of drones and easily transition to mechanical design. The application’s cloud-based social collaboration capabilities also enabled Parrot’s teams in France and China to work together seamlessly throughout the process to generate organic shapes in a reduced amount of time. 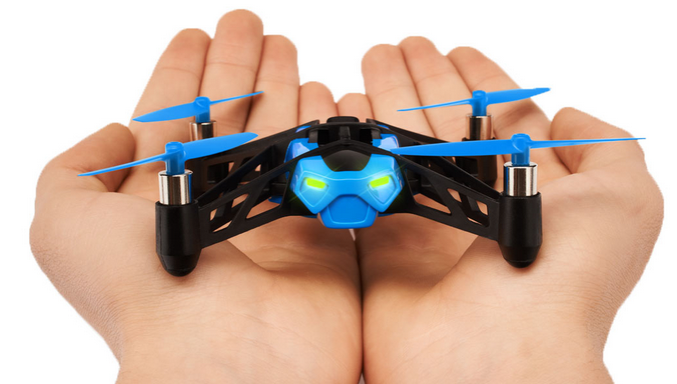 "Solidworks Industrial Design enabled us to develop an innovative idea in a record amount of time, without being derailed by challenges inherent to traditional design software,” says Henri Seydoux, Founder and CEO of Parrot.

"Parrot is among the first customers worldwide to use this software through a preliminary testing program, and seeing their drone designs come to fruition is testimony to this application’s potential opportunities in the engineering and design world,” said Solidworks CEO Gian Paolo Bassi. 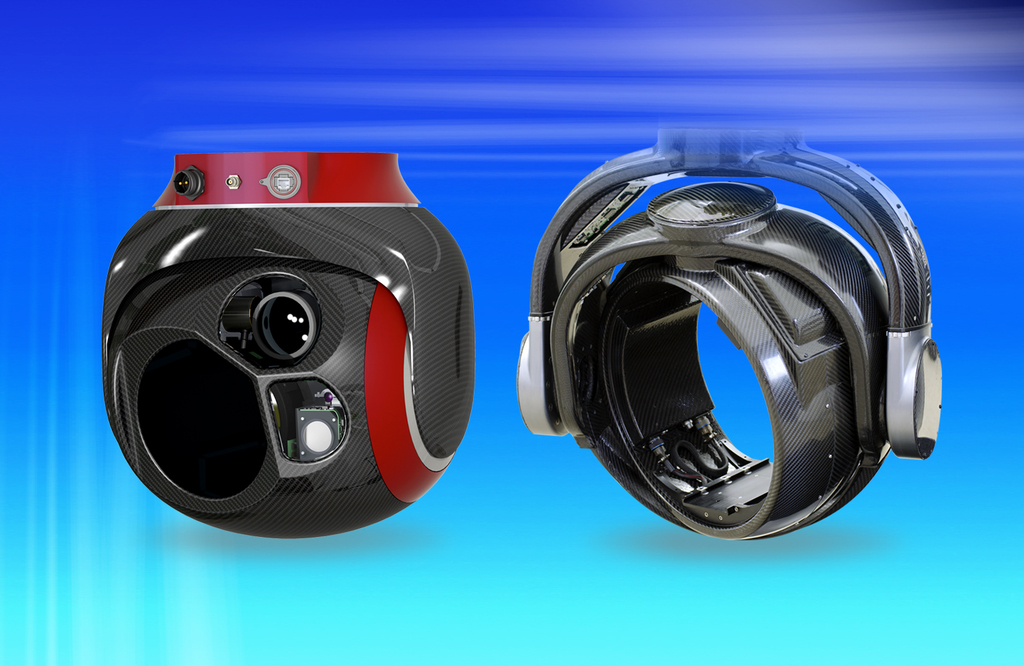 The TAGS is 17.5 inches across and weighs about 100 pounds with the sensor payload.  Stabilisation performance is a few micro-radians and feedback is provided on a low-latency binary interface.  It is designed to meet the demanding requirements for airborne equipment, including DO-160.  It features a state-of-the-art, high definition (HD) continuous-zoom mid-wave infrared (MWIR) imaging system with a powerful visible camera and laser, making it ideal for ISR missions that require demanding stabilization and pointing characteristics.

Moog Industrial Group has delivered to Sogitec Industries a vibration platform and control loading system to support the training of NH90 pilots on a full flight simulator (FFS).

Christian Normandin, contract manager of Sogitec Industries, commented: "The NH90 is the helicopter of choice for modern armed forces requiring top performance and safety. Moog was able to design and manufacture the vibration platform and control loading system to provide the NH90 pilots with the most realistic training.” 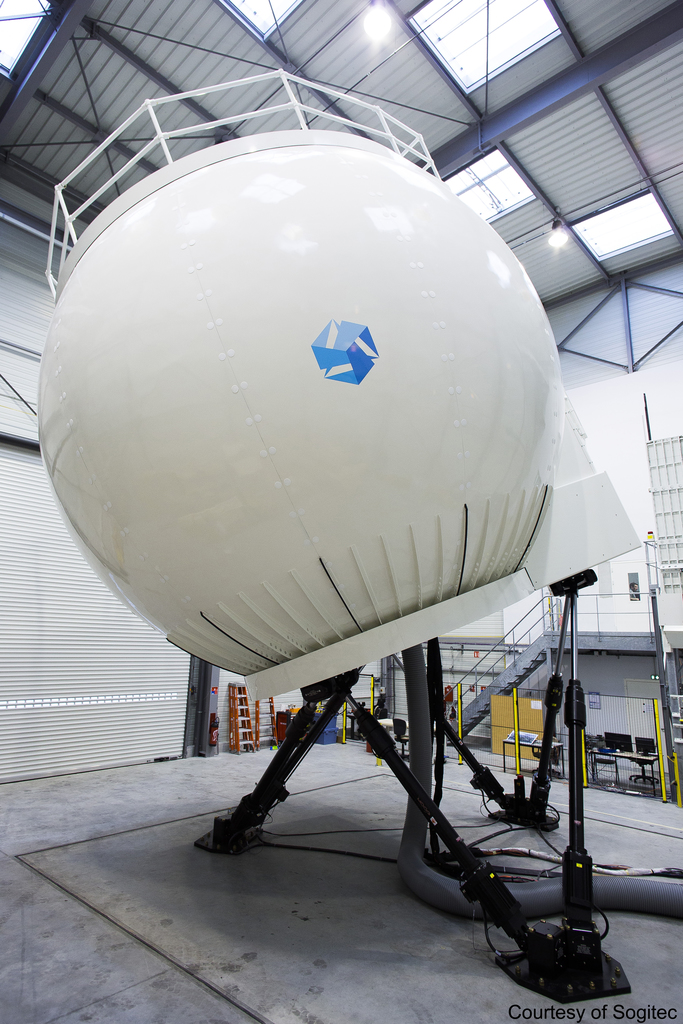 The Moog Vibration Platform is integrated into a mechanical frame assembly to provide realistic levels of vibration in vertical, lateral and longitudinal directions to reproduce specific NH90 helicopter feel and offer more realistic cueing. The controls of the vibration platform, control loading system and seat have been designed to support the correct spectrum, amplitude and trend of vibration through the desired operating envelope on a vibration mass of 1200kg.

A robotic mannequin has been developed by British engineering company I-Bodi Technology to help the Ministry of Defence test chemical and biological (CB) protective suits and equipment for its Armed Forces.

Porton Man simulates the full leg, arm and head movements of a human

The so-called Porton Man simulates the full leg, arm and head movements of a human, as well as breathing.  This allows tests of how protective clothing stands up to such action without exposing the wearer to the dangerous substances.

To ensure human-like movement, I-Bodi turned to Igus for advice. Jez Gibson-Harris, CEO, I-Bodi Technology said: "Our brief was to produce a lightweight robotic mannequin that had a wide range of movement, fitted the anthropometric data and was easy to handle. Of course there were a number of challenges associated with this, the main aims were to ensure we used products that were lightweight and could be seamlessly integrated into the mannequin to ensure fluid movement.”

Porton Man is fitted with Igus Iglidur bearings on all rotating shafts, which enables its movements to be more fluid and friction-free, and above all with no maintenance or lubrication required. The bearings used are Iglidur Z and Iglidur X; both feature excellent wear resistance, even with high loads, and are suitable for high temperature and environmental resistance.

Zipper fins are machined from thin sheet metal, typically aluminium or copper, and are formed into custom shapes. The sheets are designed to interlock with a very narrow space between their layers. The fin assembly is wave soldered to a metal base forming a very rigid, lightweight heat sink. 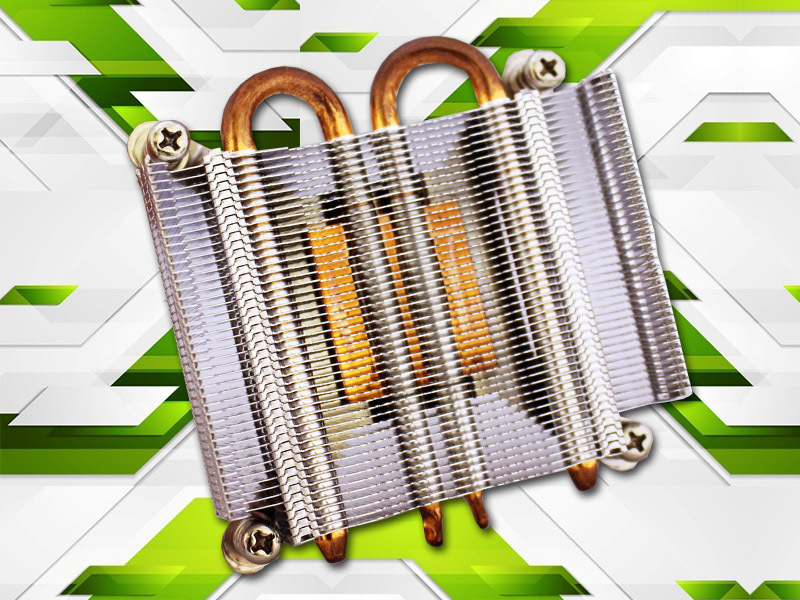 Zipper fin sinks can be designed with integral ducts to contain and optimise cooling airflow. This improves thermal performance, particularly with active sinks that receive airflows from fans and blowers. For many of these designs, the top surface of the heat sink can also be used as a heat spreader for hot components.

Molex has launched VersaBeam MT interconnects, for reliable optical connectivity in extreme performance defence applications. They feature expanded beam lens arrays that create a non-contacting ferrule interface. The controlled gap reduces the risk of connector failure due to debris entrapment during the connector mating and handling process. While traditional optical connectors require frequent inspection and cleaning by trained technicians, the VersaBeam interface can be quickly cleaned with an air blast or other readily available cleaning devices. 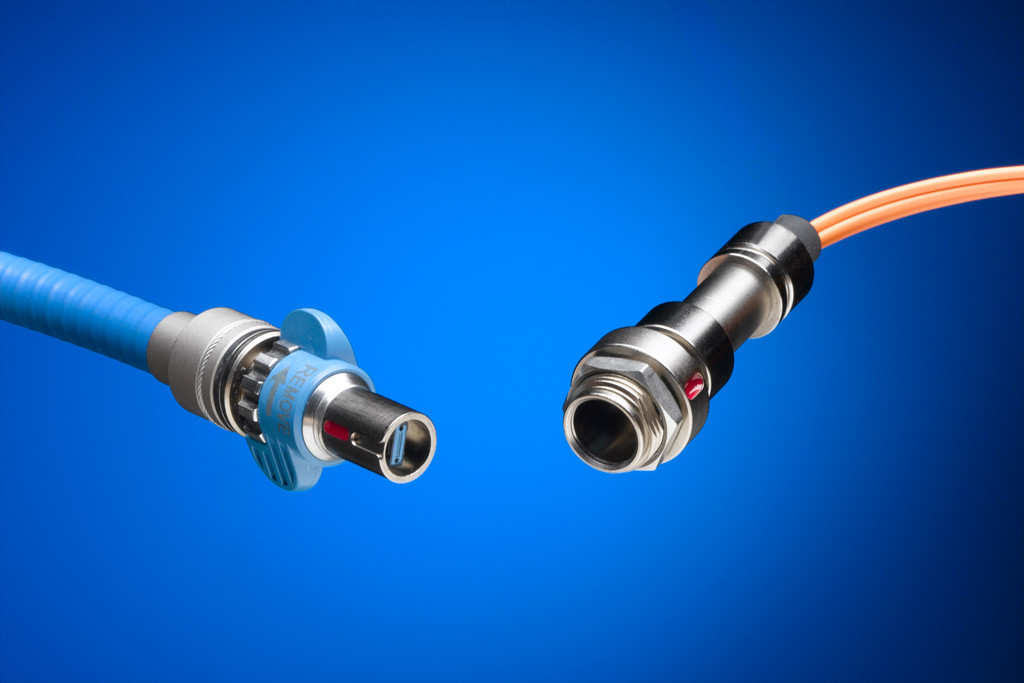 VersaBeam MT Interconnect single and multi-row high-density EB lens arrays are available in a number of fibre counts to allow system architects to meet the specific bandwidth requirements of an application.  The collimated lens array provides excellent insertion loss performance even when exposed to contamination.

Narda Safety Test Solutions has expanded its NRA series of compact rack-mount RF analysers with the introduction of two new ‘RX’ models, which have been specifically designed for spectrum-monitoring applications.

They are ideal for short- and long-term observation of all types of RF signals, including pulsed and sporadic transmissions, and are therefore likely to appeal to organisations such as communications authorities, broadcast companies, air-traffic control operators and military intelligence.

Available in the UK from Link Microtek, the NRA-3000 RX and NRA-6000 RX analysers cover the frequency bands 9kHz to 3GHz and 9kHz to 6GHz respectively. Both incorporate a new RF module that delivers a high performance level, with low phase noise and low intrinsic interference.

In addition, the RX units provide an extremely fast sweep rate of 12GHz/s, a maximum channel bandwidth of 32MHz and up to 600,000 sampling points per sweep, allowing the user to measure a wide spectrum at high resolution without needing to tune to different frequency ranges.