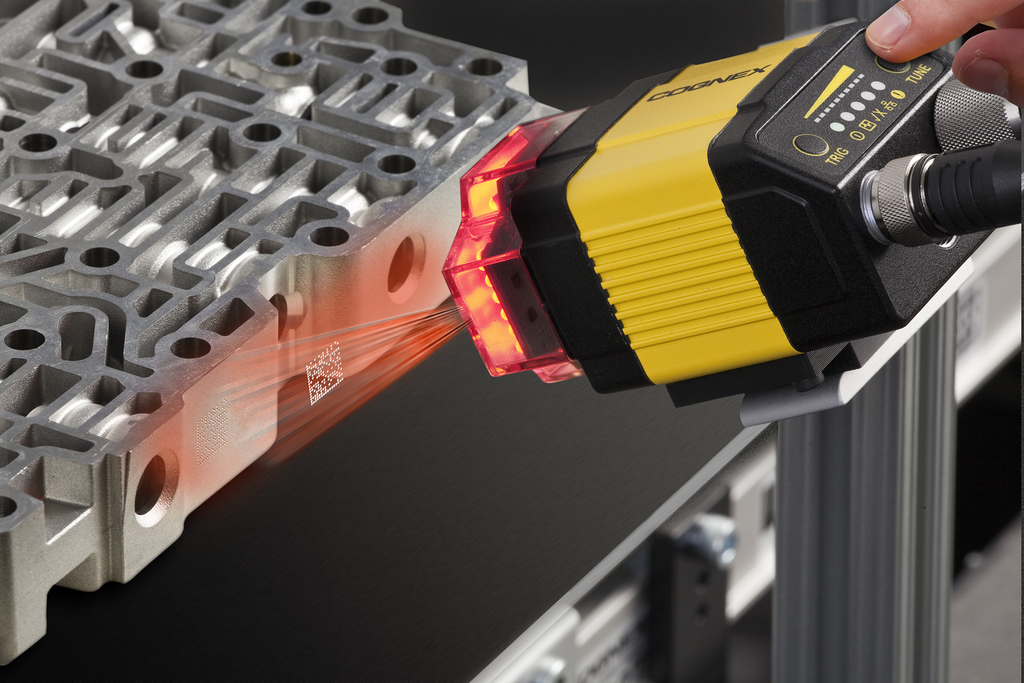 Image-based barcode readers are now not only comparable in price to laser scanner technology, but are also more powerful, offering an attractive alternative to industrial laser scanners on the factory floor.

The most important way to review barcode reader performance is by its read rate performance. Read rate is the number of barcodes read divided by the number attempted. It’s usually expressed as a percentage and the closer to 100% the better.

Image-based readers view the entire barcode, not just a single line, so they can use advanced algorithms to overcome quiet zone violations and other code damage issues that cause laser scanners the most trouble. Many industries are making the transition from 1-D to 2-D codes, such as Data Matrix or QR Codes. More information can be stored in 2-D codes to help with product traceability throughout the manufacturing process and the supply chain. Often, 2-D codes are used in conjunction with 1-D barcodes in the production process and image-based barcode readers can reliably read 2-D codes as well as 1-D barcodes - and even both simultaneously. However, laser scanners can’t read Data Matrix or QR codes.

Bios Time, the Chinese manufacturer of child nutrition products, including probiotic powdered drinks, baby and infant powdered milk, mother’s milk powder, operates a class 100,000 GMP plant that is recognised as one of the best clean room probiotics plants in China.

The goal on the production line is to ensure that every product packaged in a box has the exact same serial number printed by the laser printer. Prior to deploying a Cognex machine vision system, when barcode errors or printing errors occurred and were detected, the production line had to be stopped so that a correction could be made manually in the barcoding process.

In order to address these quality control challenges, Bios Time decided to adopt an approach in which product data is collected and uploaded after the machine vision system completes its inspection. Using this approach guaranteed the packaging quality, improved the level of automation, and increased overall productivity.

The machine vision hardware and software systems work together to provide real-time monitoring and statistics collection on Bios Time’s production line. After the security label is affixed to an object by the labelling machine and the serial number is printed by the laser coding system, Cognex’ online recognition and control system directs the code readers to read the bar codes on the security labels.

At the same time, the In-Sight Micro 1403 vision systems read the serial number on the product box, compare the data read by the cameras and those printed by the laser coding system, and automatically reject the products with recognition errors found by the smart cameras. These errors include things like repeated serial numbers and products without security codes. Then, the vision systems direct the coding printer to print bar codes for medium and large size boxes according to planned packaging proportion for later manual packaging and shipment.