In the world of industrial automation Turck Banner can claim not one, but two histories of companies, started by men of passion and entrepreneurial spirit; who recognised a need in the market and who worked tirelessly in very basic conditions, not only to supply solutions, but to constantly innovate and improve. 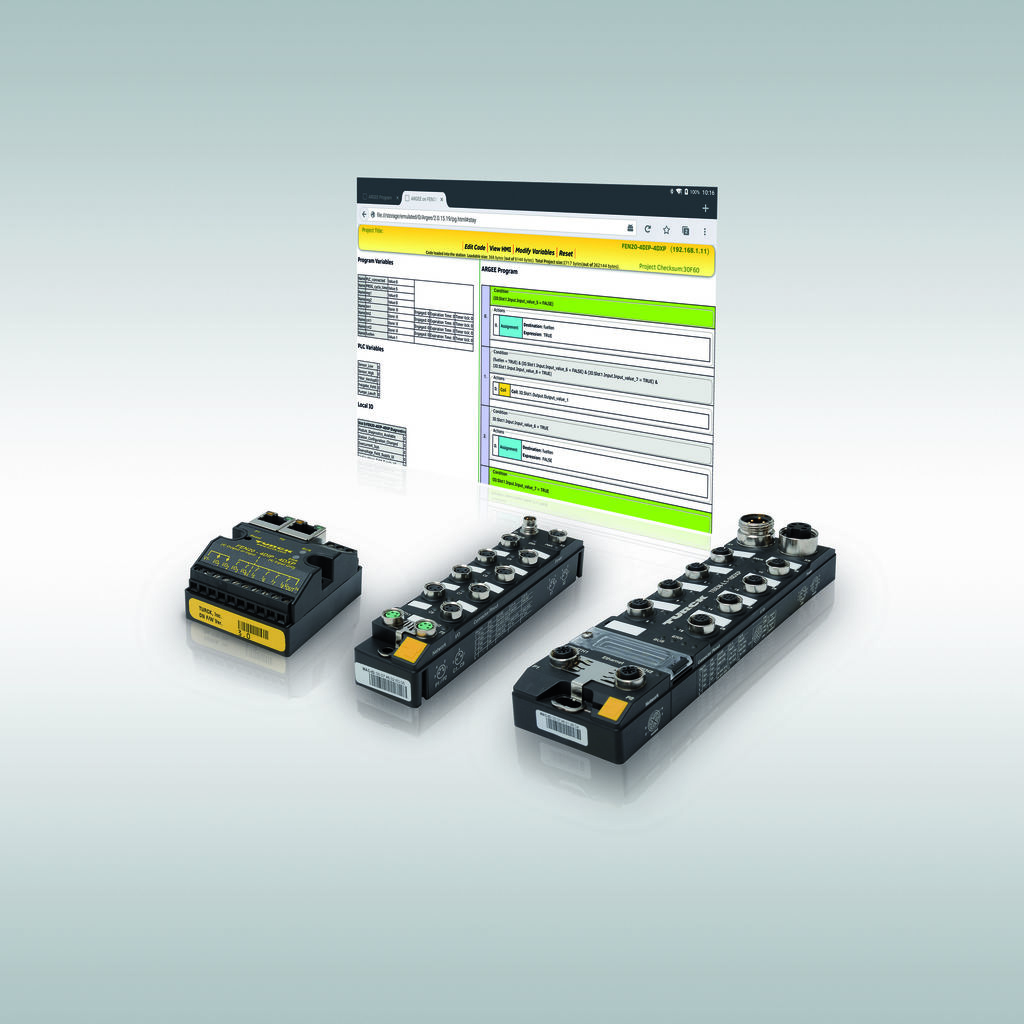 It was in the early 60’s that two brothers, Hans and Werner Turck, set out to explore the possibilities of automating production processes by using non-contact electronic components. Much of the work was carried out in an old shed and history tells us that many of those early innovative ideas were thought up and developed in an old pigeon loft, but the brothers’ enthusiasm and dedication to their goal overcame the discomfort of their sparse and meagre surroundings.

Today, Turck GmbH is one of the leading manufacturers in industrial automation.  Specialising initially in the production of sensors the company now offers solutions and components for the full spectrum of automation tasks. They now offer more than 15,000 products in sensor, connector, interface and fieldbus technology.
About the same time that the Turck company was born, another engineering innovator was just starting out on the other side of the Atlantic.

Bob Fayfield, CEO and founder of Banner Engineering began his career by customising photoelectric sensor units to suit customers’ applications, a task that the original manufacturer was unwilling to carry out.

Banner Engineering is now acknowledged as one of the most capable and successful manufacturers of photoelectric sensors in the world. The company’s motto “A solution for every possible application” is based upon their ability to produce the world’s largest range of photoelectric sensors and fibre optics. Furthermore, Banner is recognised as the leading specialist for ultrasonic sensors, machine safety solutions, wireless networks and measurement & inspection technology, all over the world.
With over 6,000 employees between them and operations in 60 countries, Turck and Banner have continued to pave the way for future technology.

Together they offer the widest range of products in the market and thus maintain the position of global leaders in their field.

No matter what kind of object or material has to be detected or inspected, or what-ever requirement has to be met, Turck and Banner have the right products for every application. Furthermore, they provide unique and comprehensive solutions, quickly, flexibly and reliably, because both companies have never ceased to concentrate on their core strengths.

Since its establishment in 1990 Turck Banner  has been highly regarded within the industry for innovative products and responsiveness to customers’ needs, the track record and reputation of its two parent companies sowed the seed for what is now “a mighty oak” in the UK industrial automation market.

With their impressive pedigrees and year-on-year growth, what does the next fifty years have in store for Turck and Banner?

Industry 4 and the Internet of Things largely dominate current development in industrial automation and will remain so for many years to come. Here too, the spirit of innovation, prevalent in both companies, is apparent. Sensing and connecting is at the very core of their activity, making IoT a programme of continual development rather than a quantum leap.

The Internet of Things (IoT) is a much used, and sometimes misused, phrase that appears many times over in current technical and commercial publications. We see it so often that there could be a tendency to gloss over it and miss relevant information. Put simply the Internet of Things is about CONNECTION and in a nutshell the concept of IoT involves connecting machines, facilities, fleets, networks, and even people to sensors and controls. Once everything is connected we have the ability to gather information or data.

This sensor data is fed into advanced analytics applications and predictive algorithms; automating and improving the maintenance and operation of machines and entire systems; and even enhancing human health. Take for example the advancements in cardiac pacemakers with the ability to remotely monitor a patient’s condition and the correct functioning of the device itself.

We may think that the term “Internet of Things” is new but in fact it has been around since the late 90’s when it was used to promote RFID technology. Back then the use of low-cost RFID tags was mainly for object identification from individual products and packages through to shipping pallets. Today it is widely deployed in warehousing, distribution, and retail although RFID accounts for only a relatively narrow set of applications of the Internet of Things.

In recent years the emergence of sensor technology incorporating wireless communication has increased the demand over a wide range of applications. Wireless communication, acknowledged as the forerunner of IoT, can be seen in many industries today. Examples include motorway toll charges, parking space allocation, tracking the location and condition of valuable equipment in the construction industry, managing the deployment and maintenance of commercial trucking fleets, coordinating the maintenance of vending machines and ATMs, controlling and monitoring manufacturing and processing operations, and monitoring remote pumping stations in the utilities sector.

These are just a few examples of the many emerging applications of the Internet of Things. IoT will revolutionise the way we live and the way business is done.
The automotive industry often leads in ground-breaking technology and its innovations, once tried and tested, can find their way into other sectors. We are on the verge of totally autonomous vehicles becoming commonplace and in the development of this realisation, sensor technology has flourished in improving vehicle safety and driver aids such as smart parking.

The opportunities for sensor manufacturers are vast as the march of IoT continues and the market demands ever decreasing sized sensors at reduced cost but with improved performance. The emergence of IO-Link technology has taken the humble sensor beyond simply detecting and switching, with on-board capabilities for identification, temperature monitoring and diagnostics. Today’s applications include the use of sensors so small they can be worn or even ingested, and others so rugged that they can monitor the performance of high-speed rotating machinery such as jet engines and generator turbines. Ground-breaking sensor manufacturers, such as Turck and Banner, at the forefront of this technology, will reap the rewards for many years to come.