Robotics experts from the Coventry-based Manufacturing Technology Centre have been working with a farming robotics company to develop robots and artificial intelligence which is set to revolutionise farming and the way food is produced. 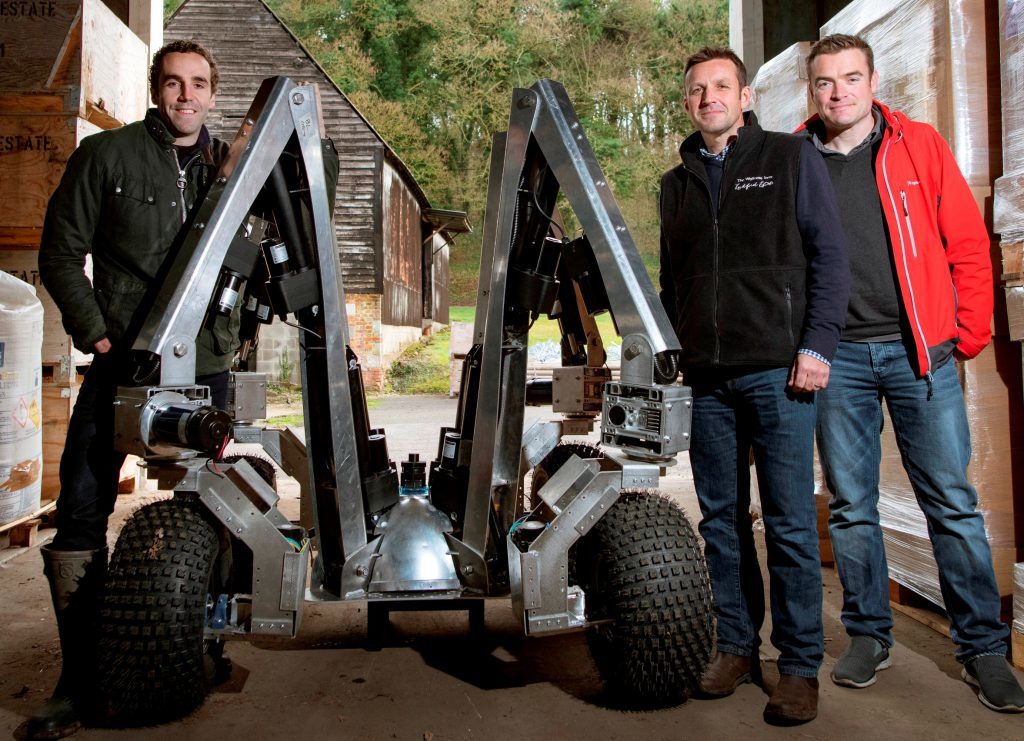 MTC engineers and scientists worked with the Hampshire-based Small Robot Company to develop a new generation of agricultural technology which will bring the power and precision of robots to farming, potentially replacing tractors for many jobs.

The small digitally-controlled robots are able to plant, feed and weed arable crops autonomously with minimum waste. They are able to plant seeds, apply fertiliser and herbicides, and weed crops with precision. The farmbots improve the way food is produced, minimising chemical use, making farms more profitable while increasing yield and efficiency.

Prototypes of the robots have been produced and are carrying out field trials on 20 farms across the UK including the Waitrose Leckford Estate Farm and the National Trust's Wimpole Estate. Funding for the project has come from Innovate UK and the MTC, boosted by £1.2 million in crowd-funding.

The Small Robot Company, based in Hampshire, was established as an agri-tech start-up by digital entrepreneur Ben Scott-Robinson and fourth generation farmer Sam Watson Jones. They were inspired by work at the National Centre for Precision Farming at Harper Adams agricultural college which suggested that much of the work done by tractors could be done with a series of highly accurate, smart, lightweight robots.

Jeremy Hadall, chief engineer for intelligent automation at the MTC, said the technology had the potential to make significant improvements in farm productivity and profitability. "We are delighted to be working with the Small Robot Company, developing the company's precision drilling and planting robot, which has the potential to improve yields, and therefore profits, while substantially reducing the use of chemicals. The technology harnesses manufacturing advances used in traditional manufacturing industries and allows exceptional accuracy, while creating a map showing the location of each seed," he said.

"With growing populations and increasing challenges in farming, using ideas and technologies from other sectors will bring about real innovation and transform the way we feed ourselves in the future," he added.

Ben Scott-Robinson, co-founder of the Small Robot Company said: "The MTC's expertise and development help is invaluable to get our robots to market. We have been able to get them working on real farms at scale, which puts us in the vanguard for farming in the future."