With the global space market valued at £400 billion, of which the UK Government through its industrial strategy hopes to capture a significant share, Consulting Editor Andy Pye reviews some of the key developments taking place in the military and aerospace sector, both at home and abroad 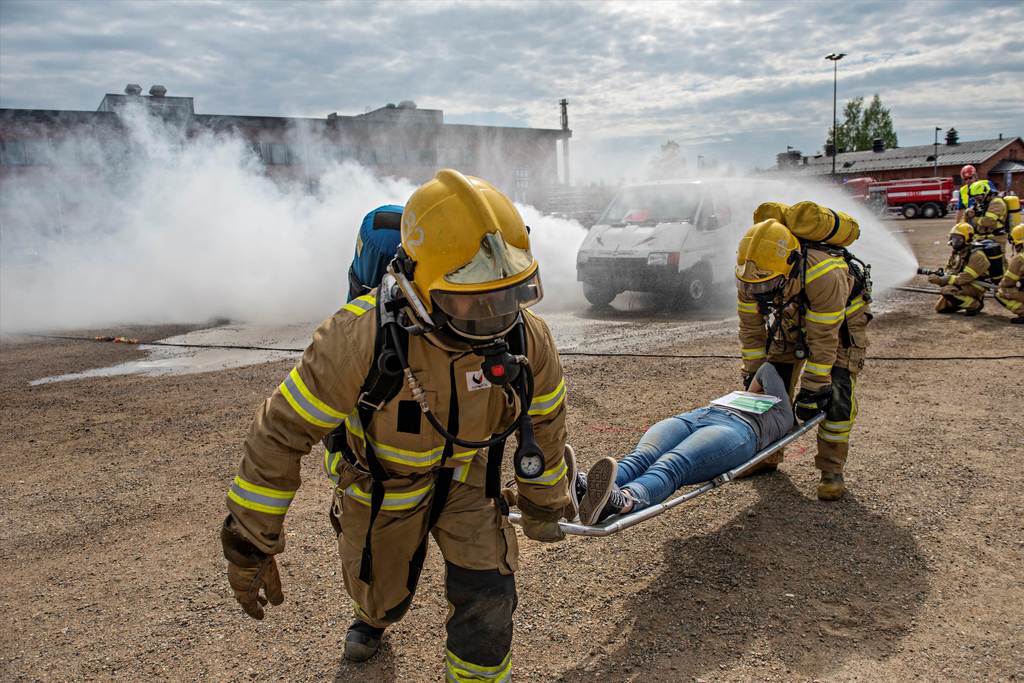 Located on the former John Ellis site in Leicester within the Loughborough and Leicester Science and Innovation Enterprise Zone, a new purpose-built Space Park in Leicester has just received planning permission approval for the first phase of construction. Construction at the John Ellis site is expected to start in the autumn and will be completed by late 2020. When completed, the £100 million Park will create a hub for space and space-enabled industries to flourish. 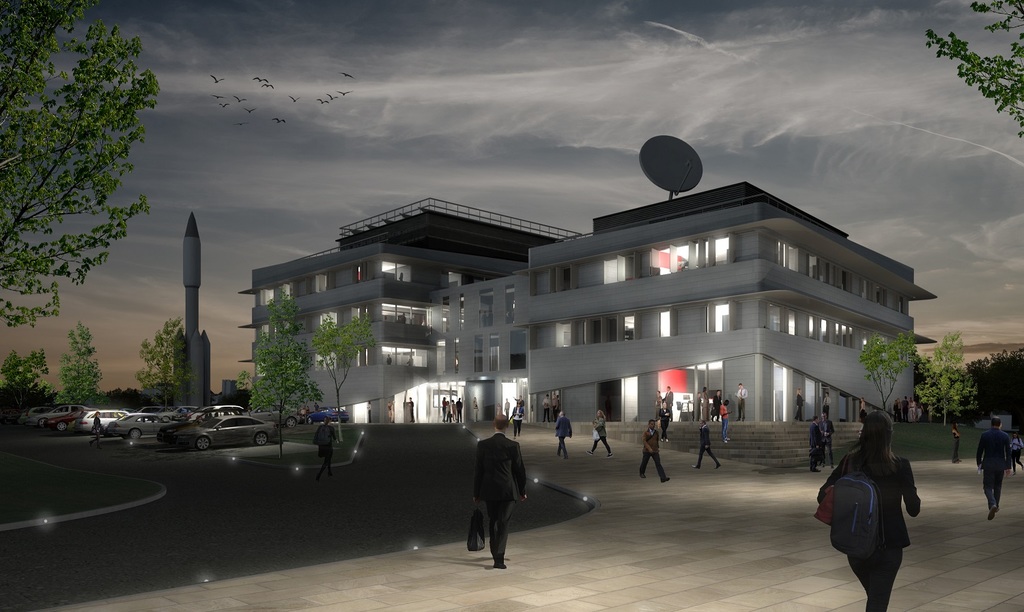 Space Park Leicester will be home to some of the UK’s leading space research, businesses and world-renowned academics. It will create a highly collaborative commercial and academic community and will have accommodation suitable for established multi-national businesses right through to the small start-ups. It is intended that Space Park Leicester will create more than 2,500 high-value jobs.

The first phase is predominantly focussed on Earth Observation, including relocating the famous National Centre for Earth Observation, run by the University of Leicester. There will also be new teaching and laboratory facilities and some business hosting - allowing industry partners to collaborate and innovate with University researchers.

Four years ago, academics, emergency responders and industry partners from across Europe came together with a common goal – to create new technologies and systems that would save lives during a chemical, biological, radioactive or nuclear (CBRN) incident.

This summer, the true capabilities of these life-saving technologies, developed as part of the Loughborough University-led TOXI-Triage project, were demonstrated at a mass casualty field trial in Finland. TOXI-Triage is funded by the European Commission and consists of 18 teams spanning emergency and health services, defence, industry, and university academics. 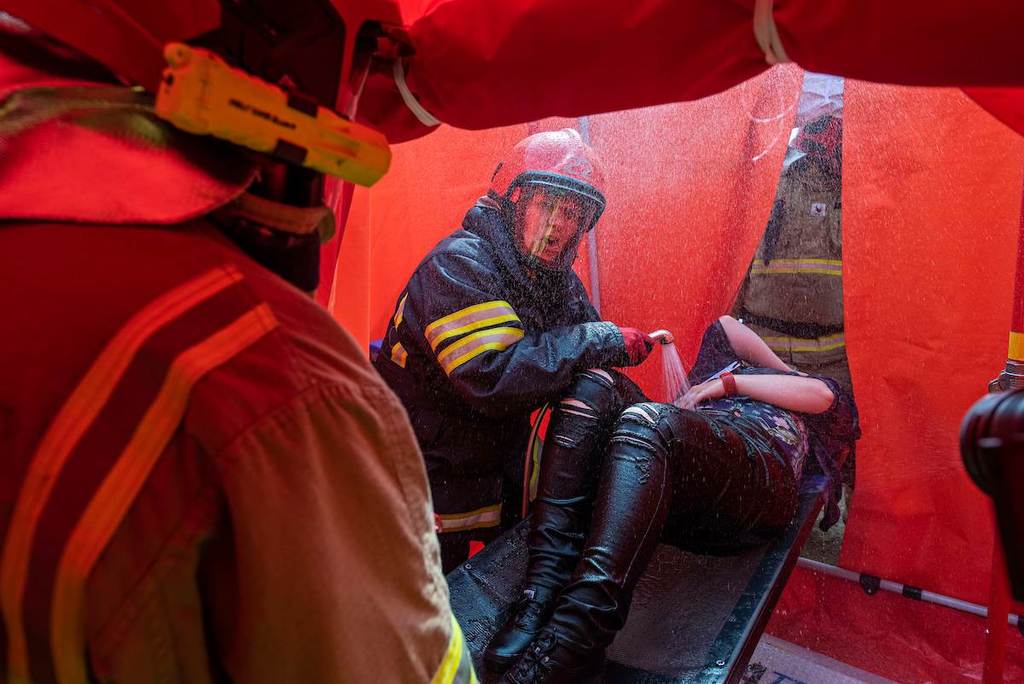 During the project’s Exercise DISPERSE the emergency services of Mikkeli, Finland, diagnosed and decontaminated more than 100 people affected by a simulated chlorine gas escape using the ground-breaking TOXI-Triage devices and systems.

“Exercise DISPERSE has demonstrated just what is achievable when the expertise of academics, emergency services and industry leaders from across Europe come together with a common goal," said Loughborough University’s Professor Paul Thomas, who is leading the TOXI-Triage project.

The field trial was the largest ever undertaken by the project team and took years of planning. Technologies and systems put to the test during the three-hour exercise included:

- BreathSpec – a new system to rapidly determine the level of casualty exposure to poisons by analysing the skin, salvia and breath

TOXI-Motive – a way toutilise social media to track a crisis situation as it develops, aiding the deployment of the emergency services and tackling the spread of fake news

In nature, animals such as chameleons and cuttlefish are able to change colour thanks to chromatophores: skin cells with contractile fibres that move pigments around. The pigments are spread out to show their colour or squeezed together to make the cell clear.

Now, Cambridge University researchers at the Cavendish Laboratory have developed artificial ‘chameleon skin’ that changes colour when exposed to light and could be used in applications such as active camouflage and large-scale dynamic displays.

The material is made of tiny particles of gold coated in a polymer shell, and then squeezed into microdroplets of water in oil. When exposed to heat or light, the particles stick together, changing the colour of the material. 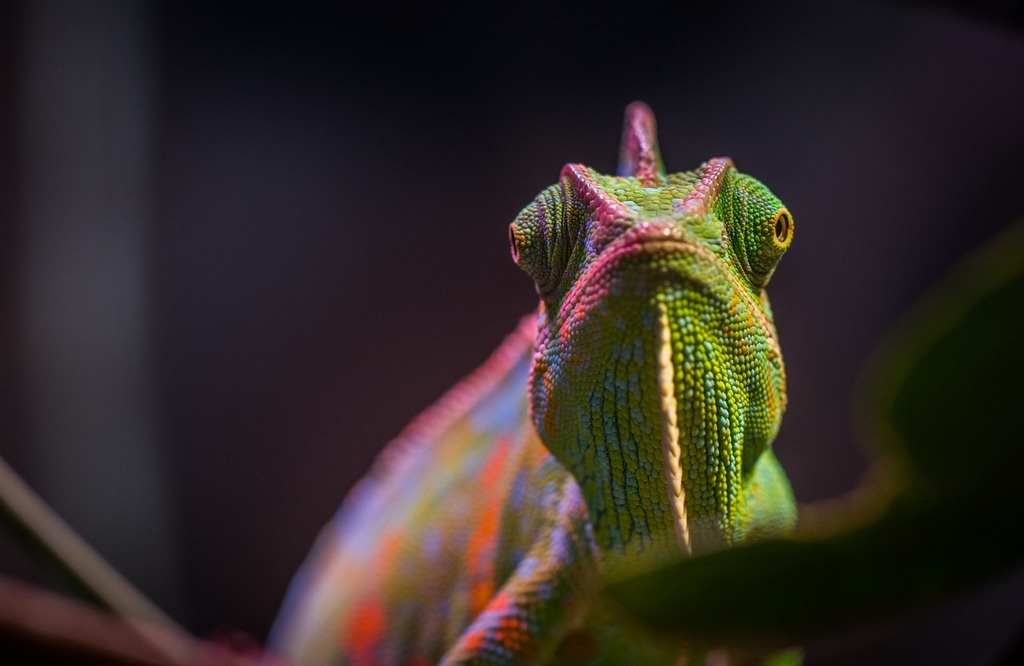 “Loading the nanoparticles into the microdroplets allows us to control the shape and size of the clusters, giving us dramatic colour changes,” says Dr Andrew Salmon from the Cambridge Cavendish Laboratory.

The geometry of the nanoparticles when they bind into clusters determines which colour they appear as: when the nanoparticles are spread apart they are red and when they cluster together they are dark blue. However, the droplets of water also compress the particle clusters, causing them to shadow each other and make the clustered state nearly transparent.

At the moment, the material is in a single layer, so is only able to change to a single colour. However, different nanoparticle materials and shapes could be used in extra layers to make a fully dynamic material, like real chameleon skin.

MIT and the US Air Force are launching a joint programme to make fundamental advances in artificial intelligence that could improve Air Force operations. The MIT-Air Force AI Accelerator, will combine the expertise and resources of MIT and the Air Force to conduct fundamental research directed at enabling rapid prototyping, scaling, and application of AI algorithms and systems. Under the agreement, MIT will form interdisciplinary teams to focus on topics in artificial intelligence, control theory, formal methods, machine learning, robotics and perception. “Our objective is to advance the underlying science behind AI and create solutions in fields like disaster relief and medical preparedness that are of interest to the Air Force,” says Daniela Rus, director of MIT’s Computer Science and Artificial Intelligence Laboratory (CSAIL).

Our objective is to advance the underlying science behind AI

The AI Accelerator research program will also aim to develop new algorithms and systems to assist complex decision-making that might help the Air Force, for example, better focus its maintenance efforts — an expensive and critical part of its aircraft operations.

With a volume a tenth of previous Elmo servo drives and the ability to provide 5.5kW at 90A, the Platinum Bee has a high power to weight ratio, enabling the power use of the equipment to be increased as required. The small size means it can be sited much closer to the motor, reducing the need for cabling and cutting electrical noise that could interfere with the signals between the servo drive and the motor.

Platinum Bee offers flexible networking, ranging from official motion fieldbus like EtherCAT and CanOpen to serial communications protocols such as RS232 and RS422. Serial communications, preferred by many companies in the defence sector for their robustness, have been increased in speed in the Platinum Bee from 150 kB to 4 MB per second.

Also at DSEI, Adlink Technology, a global provider of advanced Edge Computing products, released its latest Extreme Rugged, SWaP-optimized VITA 75 COTS computing platform, the HPERC-KBL, designed for mission-critical applications such as C4ISR and use in the world’s most demanding military and aerospace environments. 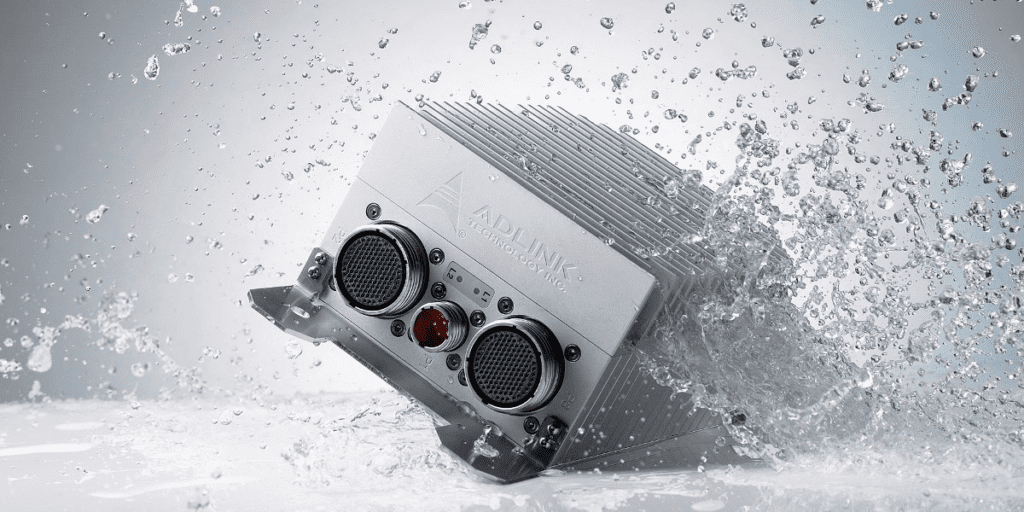 Adlink formed its Small Form Factor Tactical Edge Server (SFF-TES) group to optimise products for one of the most in-demand and mission-critical computing needs: small systems that can handle both the data loads and physical stress common in edge and fog deployments. HPERC exemplifies how the company’s integrated research, design, and manufacturing capabilities can yield exceptionally versatile products for military and aerospace needs.

RS Components (RS) has announced a new series of 200W and 400W high-specification and high-quality power supply units from Keysight Technologies. The E36200 series has been designed for applications that will require more power than that delivered by typical benchtop power units. 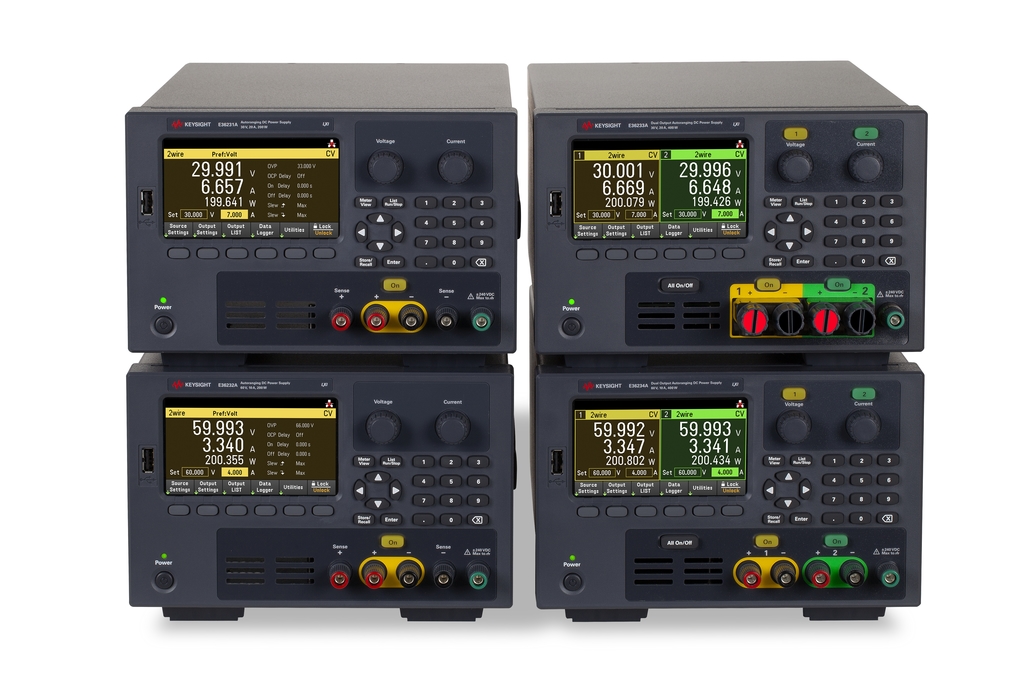 Primarily targeting engineers who are designing and testing devices that will use high currents, key applications will include: usage in electronics labs for the testing of components such as DC-DC converters, LED lighting drivers, sensors and connectors; automotive device testing at 12V, 42V and 120V; development of high-power portable devices such as power tools, robotics and industrial monitoring systems; and wide deployment in the aerospace and defence market sectors for the testing of various avionics systems.

Huber+Suhner has launched a high-performing and customisable 50GHz Sucoflex 550S microwave cable assembly which provides the longest life-time currently available on the market, with a life-time of more than 100,000 flex cycles. Uniquely, it is also available in tailored lengths. 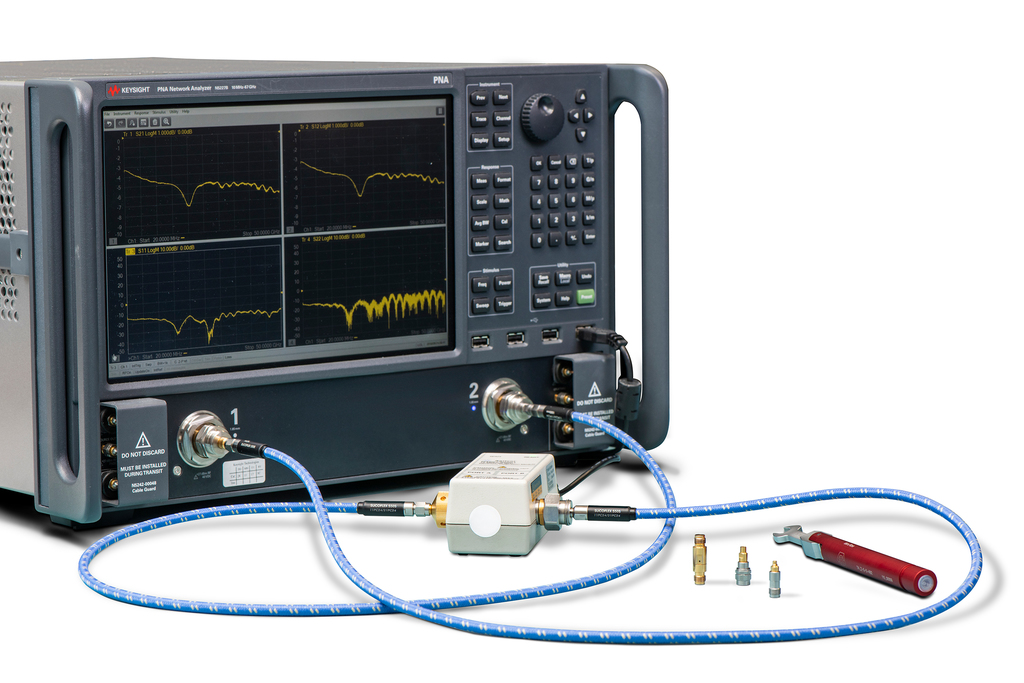 A patented rotary swaging technology gives this cable assembly the flexibility of a stranded inner conductor while maintaining the electrical properties of a solid inner conductor, such as low attenuation factor.

The Wind River Helix Virtualization Platform has achieved conformance to the latest Future Airborne Capability Environment (FACE) Technical Standard, Edition 3.0. The certification establishes conformance as an operating system segment that supports the Safety Base and Security Profile. Software conformant with the FACE Technical Standard can be used — and most importantly, easily reused — by suppliers and integrators of avionics systems across different global defence programmes and aircraft.

Helix Platform is an adaptive software development environment for aerospace systems that enables support for multiple applications. It supports robust partitioning, symmetric multiprocessing (SMP), and RTCA DO-297 Integrated Modular Avionics (IMA) considerations to reduce safety certification costs and accelerate time to deployment. Applications can be based on industry standards such as the FACE Technical Standard, or on operating systems such as Linux and VxWorks.
Optical illusion spooks raptors

Researchers from the CNRS and Université de Rennes 1,1 in collaboration with Airbus, have designed a visual pattern that elicits long-term avoidance of high-risk areas by raptors. The scientists’ work clears the way for further investigation into the visual cognition of these birds, and it has applications for conservation, because raptors are among the most common victims of collisions with planes and wind turbines. 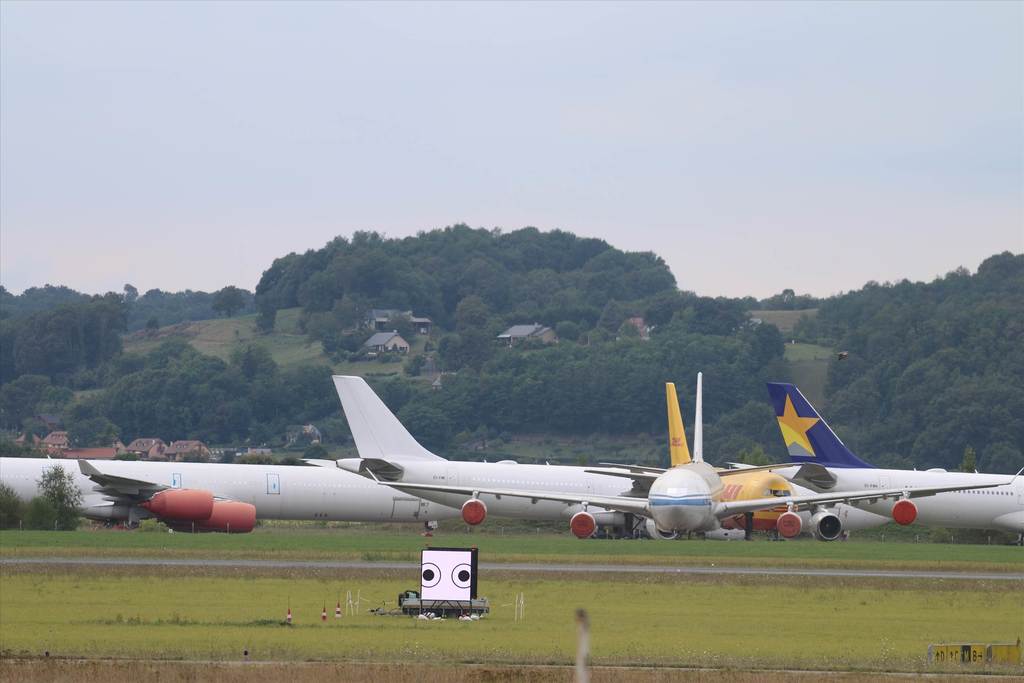 Raptors do not detect some obstacles like glazed surfaces, or they are too late in detecting certain moving objects, like planes. In France alone, over 800 collisions of birds with planes are reported each year. As available deterrent systems are hardly effective with raptors, scientists from the Éthologie Animale et Humaine (Ethos) research laboratory sought to develop a new means of repelling these birds from specific areas.

The team first observed how captive raptors reacted to a series of visual stimuli. After over 300 tests, they concluded that only one pattern triggered avoidance behaviour, by virtue of an optical illusion. This ‘superstimulus’ consists of concentric black circles on a white background. It creates a so-called ‘looming’ effect, giving the birds the impression of an imminent collision.

The pattern was tested at Lourdes-Tarbes-Pyrénées Airport, near plains where raptors like buzzards and kites forage in the summer. The team has detected a rapid modification of the birds’ distribution: they stayed clear of areas from which the screens were visible. This avoidance behaviour was still observable after five weeks of continuous pattern display. The raptor population also rose in places where the displays were out of view, at a time when their food supply was nonetheless abundant in all areas.