CDA’s editor, Charlotte Stonestreet, recently hosted a British Automation & Robotics Association roundtable discussion on the safety benefits that robots bring to dangerous tasks and environments. Here is taster of what the panel of experts covered 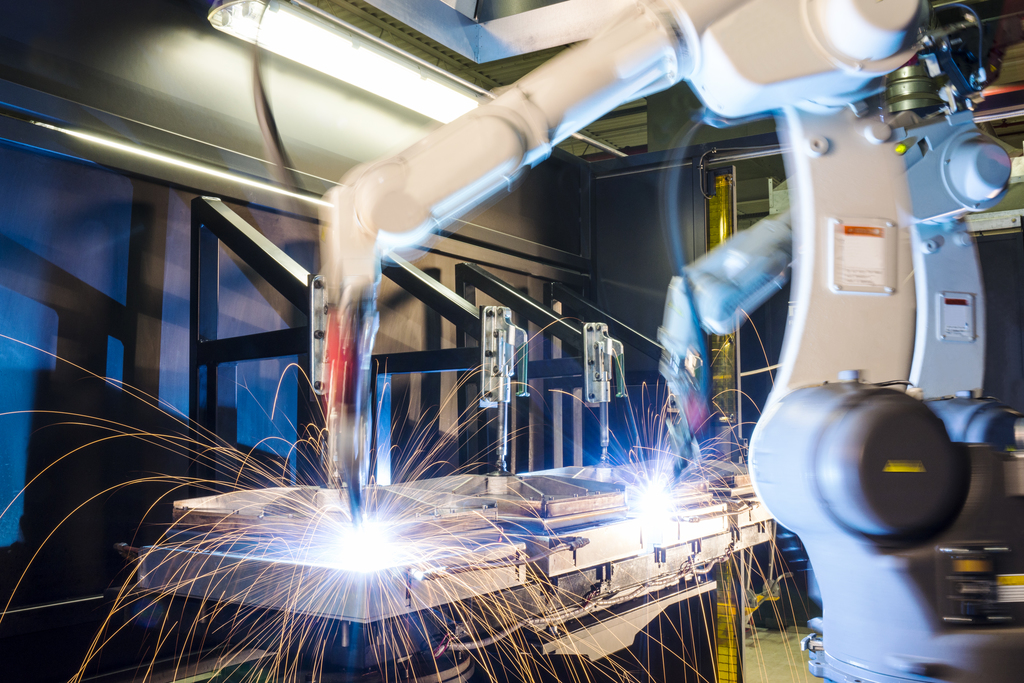 THE FIRST QUESTION of the day looked at whether robots and automation can be used to reduce occupational health and safety risks. What emerged from the ensuing conversation is that there are many instances where this so, but there are also many additional benefits that go hand-in-hand with health and safety.

For example, underlining the financial benefits that result from improving health and safety, John referred to a study by the Health & Safety Executive, which looked at companies employing around 500 people. The study established that the companies had an average of 15 injuries per year, the cost of which to each company was £134k per year. Taking into account inflation (the original study took place in the 2000s), this cost would be around £200k, and if a company is making 10% net profit, then it needs to produce £2m of goods just to pay for that.

Phil talked about small robotic cells and the cost benefits of replacing some of the more manual process that could potentially be de-risked by using more robots. In particular the company has installed cobots (collaborative robots) that eliminate the interface between a potentially risky operations with, for example hot melts and adhesives, providing more consistent and safe handling, and of course, increasing productivity. As well as reducing the risk of RSI (repetitive strain injury), introducing automation to the process has enhanced accuracy and resulted in a reduced parts rejection rate.

Looking at typical examples of robot applications with a health and safety role, Jeremy referred to the fundamental idea of robots being implemented to take on the three Ds - the dull, the dirty, and the dangerous tasks. And over the years, those three factors haven’t really changed, he asserted, and went on to detail what types of applications that see automation implemented on a health and safety basis; for example dangerous tasks such as those involving cutting cutting tools, the handling of hazardous materials, operation inside a dangerous environment, and tasks that involve lifting either heavy loads or smaller loads on a repetitive basis.

As well as physical wellbeing, robots and automation can also enhance mental wellbeing

Another factor mentioned was that as well as physical wellbeing, robots and automation can also enhance mental wellbeing. Trying to keep up with a production line can be a stressful task, and use of a robot can alleviate that stress. This flies somewhat in the face of  the conventional view that many human workers see robots as a threat to their jobs, a theme that came up again later when Sam talked about one of the main challenges being faced by many companies, that of recruitment and retention of staff. Addressing this, the use of robots and automation can be used to augment the capacity of the human workers and free them up to do more valuable tasks.

Overall it was felt that although there are sectors which, of course, involve more dangerous working conditions, when it comes to using robots and automation to alleviate health and safety issues, it is the individual application, rather than the sector, which needs to be considered. As Jeremy pointed out, even the most seemingly benign sectors will involve processes where employing a robot is the right thing to do in terms of health and safety.

The above account is just a fraction of what was covered during the roundtable. If you wish to view the whole thing visit www.ppma.co.uk/bara/bara-roundtable-webinars/march-2021.html