Mike Wilson, general industry sales and marketing manager for ABB Robotics in the UK, explains why industry and Government need to work together more closely on building a more competitive manufacturing sector. 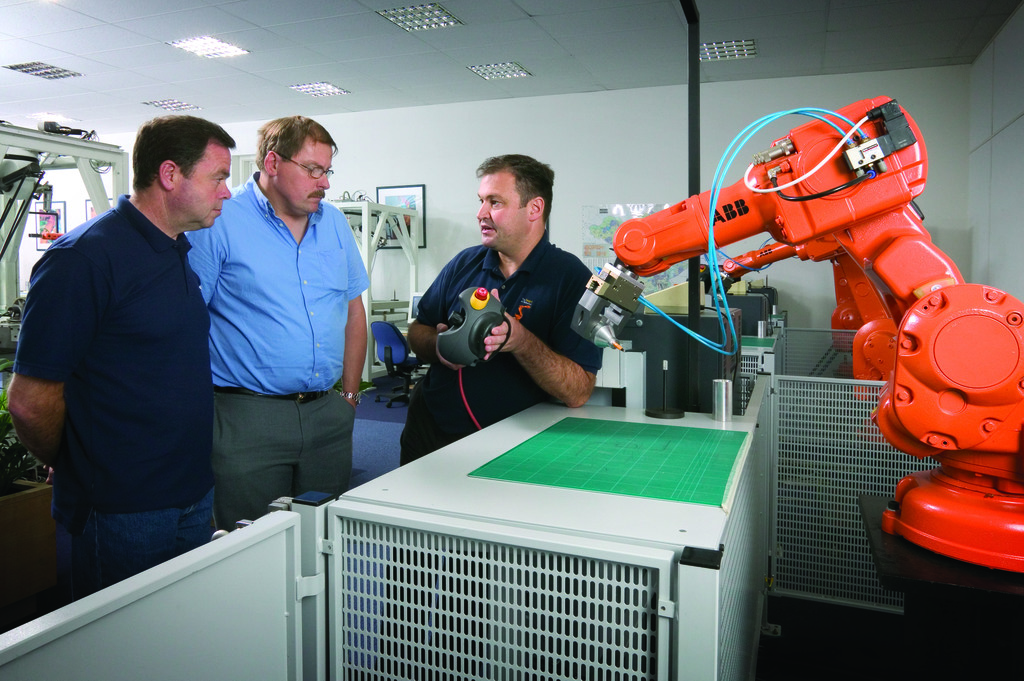 As the manufacturer’s organisation EEF predicts 3.6 percent growth for 2014, things look promising for the UK manufacturing sector, which is widely predicted to outperform the rest of the economy. Yet there is still room for improvement. In particular, more needs to be done to tackle the apparent reluctance amongst many small to medium manufacturing companies to embrace the latest generation of production technologies that could open up new levels of productivity and efficiency.

The new report from the All-Party Parliamentary Group (APMG) entitled ‘Making Good – a study of culture and competitiveness in UK manufacturing’ makes for interesting reading.

Carried out over nine months with leading experts, institutions and figures from industry, the report provides a revealing picture into both UK industrial culture and the attitudes of UK manufacturers around key issues such as competitiveness and investment.

Despite the UK enjoying a marked upsurge in employment, actual output per worker is falling

Amongst the various facts within the report, two things in particular stand out.

First is that despite the UK enjoying a marked upsurge in employment, actual output per worker is falling, with output per hour being 21% lower than other G7 countries.

Reading between the lines, we are heading into a situation where the cost of employment increases while productivity and its associated financial returns diminishes, something which surely cannot be sustainable.

The second point of interest is that many UK manufacturers appear to have an ingrained cultural resistance to risk and investment, which is stopping them from adopting the latest production technologies. Whilst many of those surveyed point to German companies as models of success, there does not appear to be a willingness to take the steps to emulate them. Instead, there appears to be a prevailing approach of ‘make do and mend’, with many respondents retaining and operating outdated equipment.

The fact that productivity per worker has shown a continuing decline in spite of rising employment, points to a need for greater efficiency.

Encouraging greater take-up of automation amongst the UK’s manufacturing companies can almost certainly help to increase both productivity and efficiency. Despite the recent upturn in the UK’s manufacturing sector, we remain amongst the world’s lowest adopters of robotic technology. Whilst the UK automotive sector is not surprisingly a large adopter of robots, other sectors are clearly behind their counterparts in Europe.

For both ourselves and other robot suppliers, the challenge is to convince the UK’s manufacturing SMEs to invest in robot automation. In doing so, we are battling against not only an ingrained resistance to change noted in the Making Good report, but also a wider scepticism about the applicability of robots to processes outside of the automotive industry.

We recently conducted our own survey into the SME market, which revealed several areas of concern that are deterring many companies from introducing robots.
The primary concern is that companies currently lack both the skills and resources to confidently implement and support robots. Despite the significant strides forward that have been made in simplifying both the programming and operation of industrial robots, there is an enduring belief that robots remain too complex for the majority of people to use.

Consequently, there is a fear that switching to an automated process presents too great a risk, resulting in many companies continuing to operate outdated and/or inefficient processes to the detriment of their overall competitiveness.

Another concern is one of cost. This applies not only to the purchase price of a robot, but also its ability to deliver a payback within the notoriously short timeframes operated as the norm by many UK companies.

The third concern was one of applicability. Many of the companies which responded were small, low volume producers who do not believe that robot automation can be profitably applied to their processes.

We do not believe that these concerns are insurmountable, or that the anti-robot cultural bias cannot be shifted. Education is key. As a manufacturer and supplier of robotic solutions for manufacturing applications, our own efforts in convincing the market include:

However, we cannot act alone. For the message to get through, there needs to be a consistent, long term fiscal and policy framework by Government to help encourage companies to take a longer term perspective when it comes to investing in new technology and measuring the return on that investment.

There is also still much work to do in winning public support for manufacturing, so that people appreciate the real contribution it makes to their standard of living. The lack of perceived opportunity offered by the manufacturing sector is one of the main reasons behind the current shortage of skilled engineers.

Although much work is being done to reverse this, both at industry and Government level, more needs to be done to ensure that engineering and manufacturing are seen as an attractive career prospect. This is equally the case when it comes to automation. Manufacturers of automation equipment, ourselves included, have a role to play in demonstrating how the improved levels of productivity and competitiveness delivered by our technologies do actually create jobs rather than replacing them, which is a criticism often levelled at robot automation.

One way to achieve this would be for Government to create a joined-up strategy whereby the nation’s educational and industrial strategies are much more closely aligned. Central to this should be a curriculum which is specifically designed to reflect and cater for the needs of modern manufacturing, where students are taught about new technologies and are given opportunities to use them in solving real-world problems.

There also needs to be an alternative educational path for students who are more vocationally than academically minded, which should be made available at the earliest opportunity in a child’s educational development. This could also possibly include the creation of short-term ‘mini-apprenticeships’, sponsored by participating companies working alongside schools to provide children with exposure to ‘real-life’ projects.

The Apprenticeship Grant for Employers of 16 to 24 year olds is already a great example of how companies are being incentivised by Government to take on young apprentices – one suggestion would be to extend this to include a similar incentive for the provision of a scheme such as the one suggested above for those aged 11 and above.

Another idea is to ensure that students have access to the latest industrial technologies, enabling them to acquire the skills needed to operate them before they even enter the workplace. Recent robot building schemes run in schools by LEGO, for example, have proved that robots are a great way of getting young people interested in engineering.

We have developed a special package for educational institutions incorporating our IRB120 industrial robot and RobotStudio, our PC-based simulation and offline programming tool. We have already supplied a number of these packages to colleges and universities in the UK and would love to see this extended to all appropriate educational institutions if the funding were available.

In short, we believe that automation can play a major role not only in building a healthy and competitive manufacturing sector but also in encouraging the development of a creative and skilled workforce. For this to happen will require a long term joined-up strategy linking education, technology and industrial policy, with Government and industry working together to put in place goals and ensure they are met.