A heavily laden conveyor can have an enormous amount of potential energy, so has to be treated with the utmost respect if accidents are to be avoided. Steve Powell from Twiflex looks at parked-off conveyor brakes, and how they can improve safety during maintenance 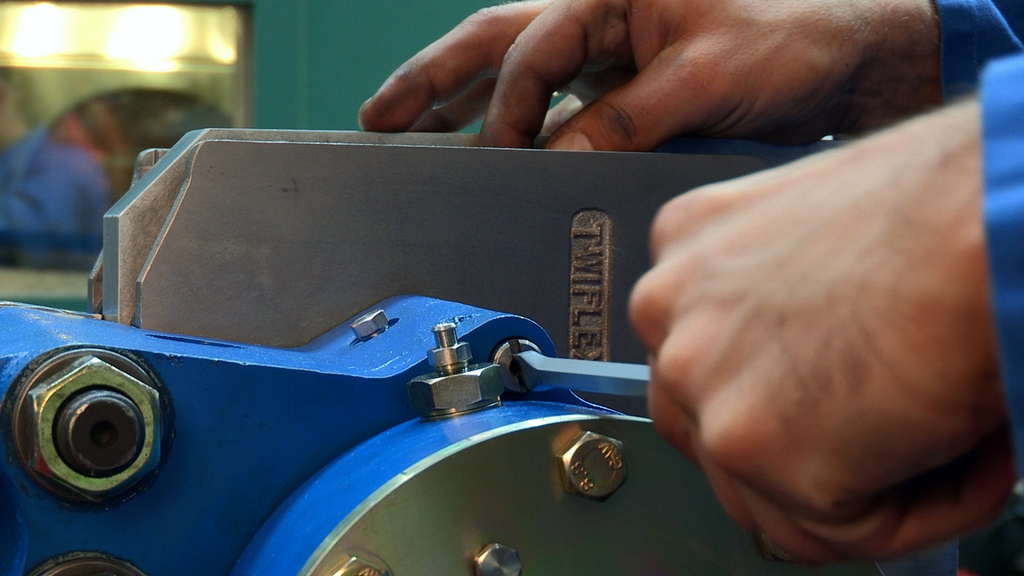 Heavy-duty conveyors can carry massive loads and therefore have to be recognised as potentially dangerous. Generally, they are operated in a safe and responsible manner, with extra care being taken if unusual circumstances arise and with a number of safety systems built into them.

One of the key elements in a conveyor system is a parking brake, which is used to lock the conveyor into one position when not in use; when it is being serviced or during a power outage. This reduces the possibility of the conveyor starting to move under its own load, a situation that could become very dangerous, very quickly.

Similar conditions can apply to other equipment, such as cranes and winches, elevators and escalators, and parking brakes can be used here too, although the design may be adapted to the specific needs of each application.

To cover the possibility of a total power failure, most parking brakes are spring applied. This means that when no external power is supplied to them the pressure of the spring is applied to the pad and the brake clamps shut, thereby locking the conveyor in a fixed position.

However, there is a downside that needs to be considered: while a spring applied brake offers protection in the event of a power failure, it also makes maintenance a far harder task. When a spring applied brake is powered down ready for maintenance work to be carried out, the brake is shut tight against the disc. The springs therefore need to be compressed to access the pads, which leaves a lot of potential energy in the brake.

Twiflex, an Altra Industrial Motion company, has incorporated a unique feature into its conveyor brake products, which addresses the risk of brakes clamping shut unexpectedly during maintenance, an occurrence that can pose a hazard to personnel. The 'parked off' feature can quickly be applied while the brake is in the field, allowing maintenance and pad removal without the risk of the brake clamping shut.

Conventional industrial brake design typically employs a mechanical lock-out concept in which a nut and centre bolt arrangement is used to hold the spring force and prevent the disc from closing during maintenance. However, this lock-out arrangement only works as long as the nut can hold its integrity. If the nut fails because its thread shears, the brake will close. Unexpected closing of the brake could cause serious injury to engineers and technicians carrying out maintenance; or indeed to anyone within the vicinity of the conveyor system.

With the ‘parked off’ feature basic maintenance such as brake pad replacement can be carried out quickly and with a reduced risk of harm from unexpected closure compared to conventional brake designs. The brake pressure can easily be adjusted by setting the brake to ‘parked off' and adjusting the number of shims from the end cover. Installation is made easier and the brake can be installed without the need for hydraulic pressure.

The ‘parked off’ feature is available on many of Twiflex's conveyor brakes including the recently released VKSD and VBS modular brakes. The company also works with conveyor users to develop highly bespoke and optimised brake and safety systems. In such cases, time and effort is given to electronically collecting actual usage data and analysing it to ensure that all possible operational scenarios are considered during the design process.