With braking requirements for certain types of machine being stepped up based on the need for higher reliability, Geoff Spear, marketing manager at Lenze looks at high integrity spring applied brakes. 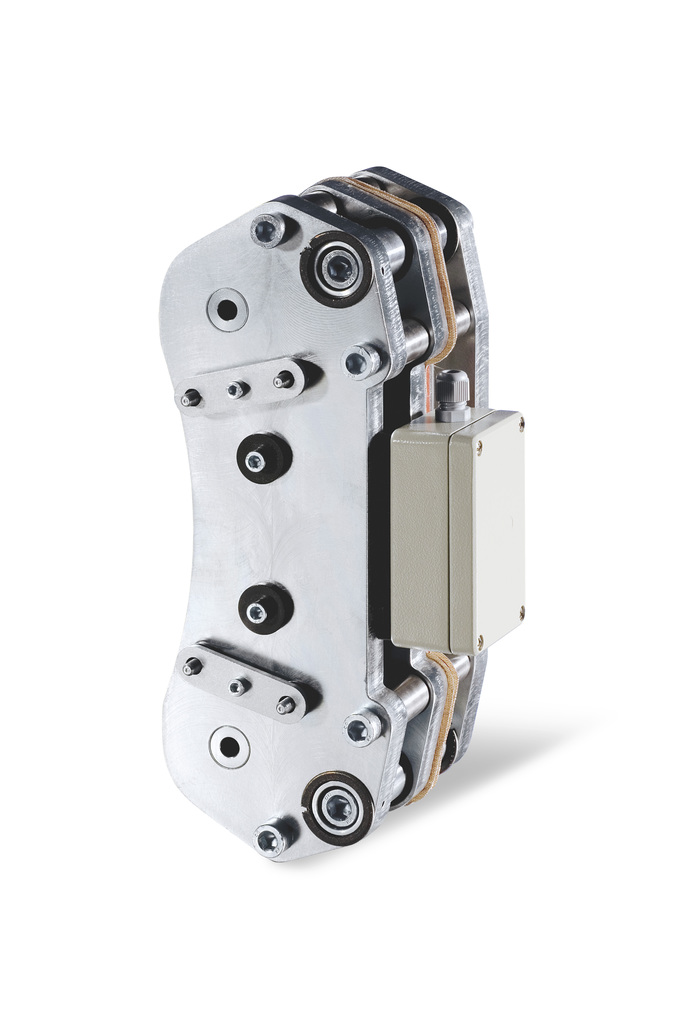 Basic designs of spring applied electromagnetic release brakes have become standardised in a proven, highly reliable form that is also compact and economic. For example they will have multiple coil springs, a well-developed non-asbestos friction material, a DC coil and torques typically in a range from 2 to 2000 Nm. Whilst these suit the majority of requirements, certain types of machines have stepped up their braking requirements based on the need for higher reliability.

There are two particular areas where a higher level of braking integrity might be needed: severe environments such as found with dockside cranes, cold stores and wind turbines, or where industry standards require increased safety such as with theatre hoists, passenger lifts and cranes in the nuclear industry. In most cases brakes are required for emergency stop and holding duties. Customers need a very high level of reliability and failure modes that do not lead to disaster.

Where the environment is severe, that is hot, cold or wet, changes are needed to the brake materials and enclosure. Electromagnetic spring applied brakes are designed to operate with friction surfaces that are clean and dry. For dockside use an enclosure of IP66 is appropriate, equivalent to resistance to water jets. Also the outer casing of the brakes needs to resist salt water corrosion. A problem area can be the provision of a manual release which allows the brake to be disengaged when power is off. The release mechanism requires two rods to pass through the casing but there are now brake models that achieve this and retain the IP66 enclosure.

Low temperatures also require special brake materials. Wind turbines are a particular environment where extreme temperatures are encountered. A special brake variant called CCV (Cold Climate Version) has been developed to suit a range from -40 to +40ºC. The low temperatures bring the probability of condensation so the metal friction surfaces are chrome plated. In addition the brake fixing bolts are changed to low-temperature resistant steels. Similar technology suits cold stores, particularly for braking electric vehicles that have to travel inside and outside of the cold area.

Where the requirement is increased safety, there are a number of solutions supported by B10 safety data. The B10 rating denotes the number of operations before a 10% failure rate occurs according to DIN EN ISO 13849-1. Designers use this data to to calculate the SIL or PL of a machine. Spring applied brakes are available with B10 ratings typically in a range 3 to 10 million operations but exceptionally 45 million is achievable. Failure modes are usually mechanical due to wear and the first step to increase the level of safety is to monitor the brake operation using microswitches. These can supervise the on/off status, the amount of friction wear and the position of the manual release. Another simple option for increased safety is to piggy-back two brakes together so that if one fails there is still 50% stopping torque available. Care is needed to ensure the lower level of torque is adequate, particularly with falling loads.

Brakes designed for passenger lifts meet regulations such as TRA200 and EN 81 by mechanical modifications to the basic design. There are models with dual electric circuits and split armature plates that ensure that at least 50% torque is available in the event of a failure. Where this level of decreased torque is a problem, the solution lies in the use of spring applied calliper brakes. Here a number of independent brake callipers act on a rotating steel disc and medium to high torques are possible. As an example, if 5 callipers were used and one failed, the drop in available torque is only 20%. Note that the B10 rating for a pair of spring applied calliper brakes is around 6 million operations, therefore any such failure is unlikely.

Techdrives offers the INTORQ range of spring applied brakes in the UK. These include standard models, brakes with enclosure to IP66, CCV variants and lift brakes.