Warwick Mobile Robotics (WMR), a research project carried out by a team of undergraduates at the University of Warwick, is developing a completely new miniature urban search and rescue (M-USAR) robot. 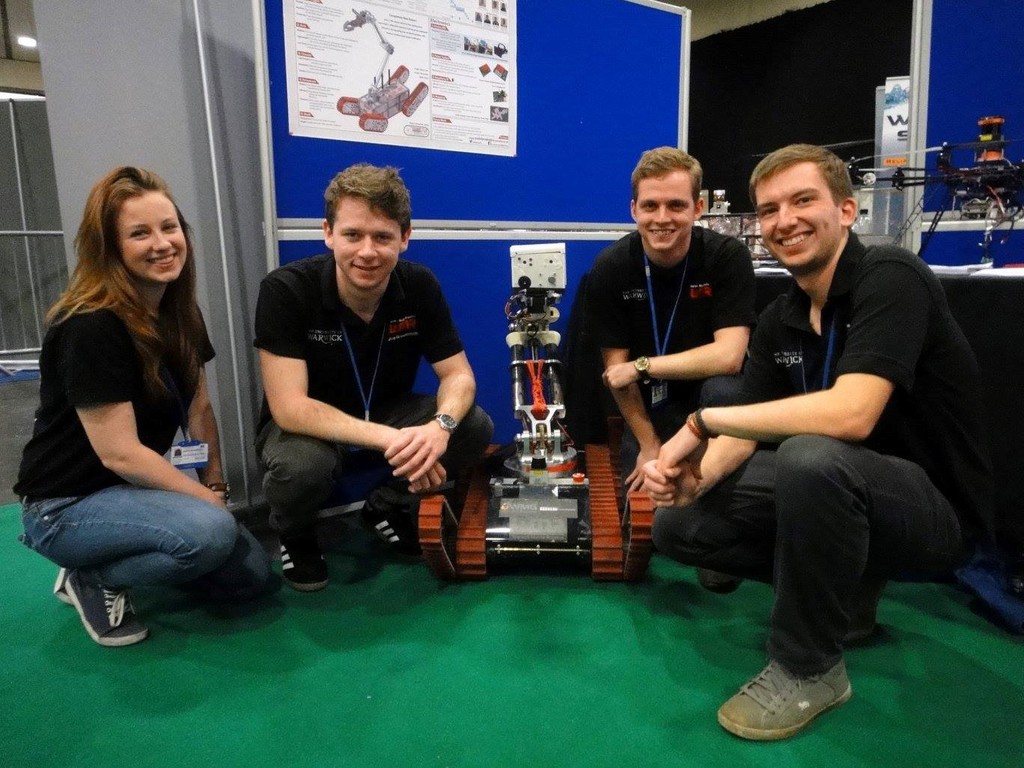 Notable design aspects and achievements of the 2014/15 robot are:

The robot is still being developed with the aim of manufacturing it before Easter 2015. Testing will then be carried out in house at the University of Warwick to evaluate the robot’s capabilities.

In past years WMR have attended the European RoboCup Competition. The aim of this contest is to promote research and development into physical robotic agents for disaster search and rescue. The competition helps to increase awareness of the challenges involved in search and rescue applications, provide objective evaluation of robotic implementations in representative environments and promote collaboration between researchers.

The competitors are given a scenario, such as a devastated building, and the robot has to scout out the area and find as many simulated victims as possible. They have to find their targets, determine their situation, state and location and then report back their findings. Points are scored through mapping of the arena, good mobility over the obstacles and victim identification using visual, thermal and audio equipment.