In a recent video made with the CC-Link Partner Association (CLPA), Renesas Electronics Corporation demonstrated the importance of CC-Link and CC-Link IE to the future of their industrial automation business. Renesas recently introduced the R-IN32M3 Series Industrial Network Controller. 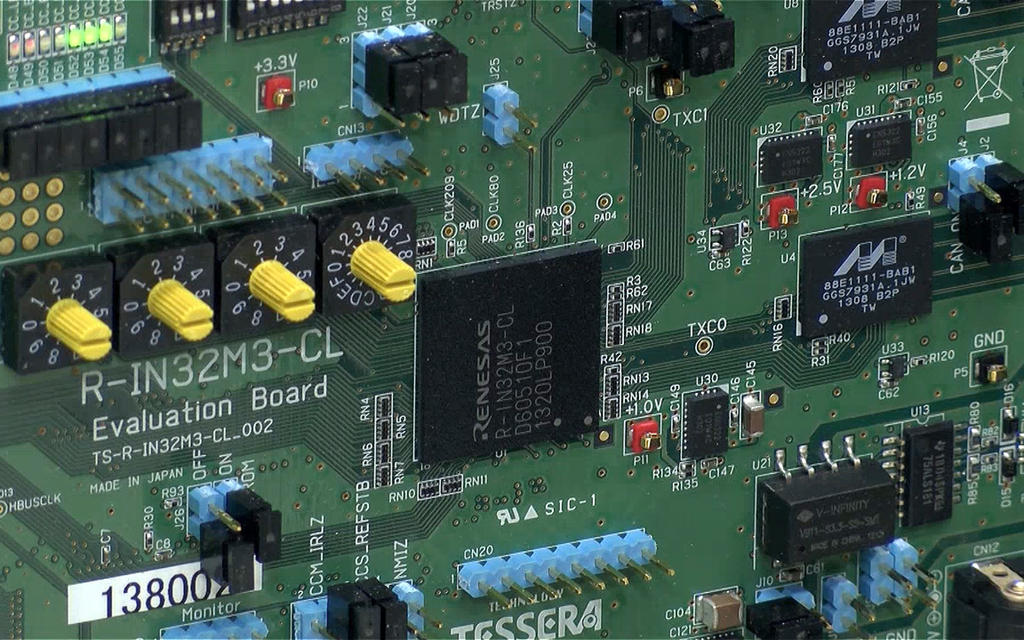 The R-IN32M3 is designed to support multiple protocols including CC-Link and CC-Link IE. It is a building block for creating command and control networks, such as those used for communications and data transfer in industrial automation systems.

CC-Link is an open industrial automation network that enables devices from numerous automation equipment manufacturers to communicate with one another. It is available in several different versions including CC-Link IE, the first open industrial Ethernet to provide seamless gigabit performance right across the network including down to device level.

CC-Link was originally developed in Japan by global automation leader Mitsubishi Electric. In 2000, it was transferred to the CLPA as an open technology and continued to be developed and promoted worldwide. Today over 2,300 companies have joined the CLPA, making it one of the biggest organisations of its type world-wide. More than 290 companies now offer over 1,400 products, making a wide range of solutions available. This has all helped it to become the leading open network in Asia, and is also used worldwide, as seen in the global network of CLPA offices.

This means that for European companies developing products for the Asian market, CC-Link connectivity is a prerequisite for capturing the largest market share. Renesas, with strong bases in both Europe and Asia, is ideally placed to support companies using its products in both these markets. The R-IN32M3 is also evidence of Renesas’ ability to deliver innovative products that support these market demands.

One of the most distinctive features of the R-IN32M3 is its high-speed operation, achieved through a real-time hardware-based operating system (OS) that is five to ten times faster than a conventional software real-time OS. Another distinctive feature is its ARM® Cortex™-M3 based CPU, which in some applications will provide enough computing power to avoid the need for a separate processor, allowing more elegant, simpler and cost effective designs. Finally, its multiprotocol support means that for companies who already use the device but are not yet supporting CC-Link, adding support for this vital technology may be simpler than they realised.

Moreover, industry trends such as Industry 4.0 are increasing the demand from manufacturers who want to handle ever growing amounts of data in real time. CC-Link IE and the R-IN32M3 provide a solid solution to these requirements. In addition to this trend in Europe, CC-Link IE has been addressing similar requirements in Asia for several years where industries such as flat panel displays and automotive were pioneering Industry 4.0 before it was formally named.

Knut Dettmer, Renesas’ Principal Engineer for Smart Factories and Networking, says that because the market is global, all industrial Ethernet standards have to be addressed: "Asia is an important and expanding part of the world market, and CC-Link is dominant throughout the region. Happily we have been able to work with the CC-Link Partner Association (CLPA) on many aspects.”