The ongoing challenges within the packaging industry to boost productivity, improve quality and increase flexibility are driving ever greater requirements for increased throughput and maximised availability. 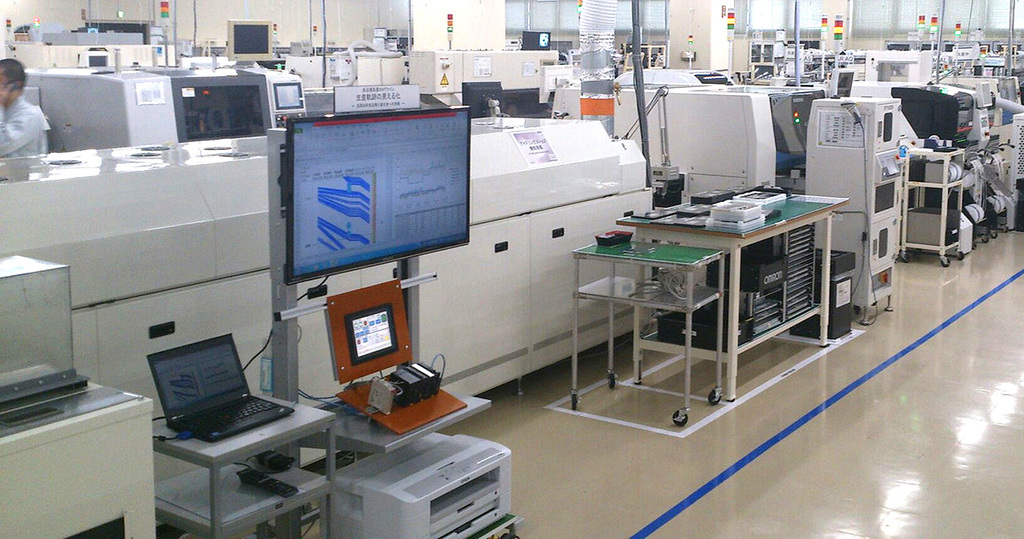 As part of continuous improvement processes, it makes sense to tackle the biggest causes of downtime first, and progress steadily through the other problems that impact on productivity and availability.

It is this approach to tackling issues with throughput and efficiency that help companies to increase their overall equipment effectiveness (OEE) scores to world class levels. But inevitably there comes a point where improvements begin to plateau, because the improvement points that experts with even the greatest levels of experience and intuition cannot identify are the ones that are hidden in the bottlenecks which hinder productivity.

These challenges are certainly not unique to the packaging industry; indeed Omron recognised the plateau in the productivity improvements in its own manufacturing lines located at its Kusatsu factory in Japan. To move its operations to the next level, the company sought to assess its continuous improvement projects with solid data in addition to anecdotal reports from plant floor operators.

Of course the volumes of data generated by the control systems within a factory automation environment are enormous. In short, this was a Big Data challenge. And Omron was keen not simply to develop a solution which could push up its own productivity, but which would provide a packaged solution that could be implemented by any company in any industry.

Omron Automation Systems Division HQ senior general manager Masaru Takeuchi explains: "We embarked on a new application of the Sysmac NJ controller, specifically models with built-in SQL client services that allow a machine or system to log data directly into databases running on a server without any middleware or PC.”

The solution uses Microsoft SQL Server and Excel software to consolidate the logs into the database and can graph the logs in real time. "Our aim was to use this business intelligence to visualise actual manufacturing processes based on the Sysmac NJ Client in real time and to create a solution that enables on-site workers to easily graph the data,” says Takeuchi.

Log data is collected from all devices on the process, linked with each product travelling along the product line. The entire process can be visualised from beginning to end without stopping. The log data collected on a unique product basis can be converted into real-time charts to display on the portal site using Microsoft SharePoint Server and can be exported to Microsoft Excel using PowerPivot for Excel – an SQL Server add-in for Excel.

Omron’s interface technology enabled data collected from non-Sysmac devices to be formatted and arranged in just the same way as data from Sysmac devices. Thus plant operators had access to a complete Big Data set, from which they could begin to visualise the workings of the line.

To help operators on the production lines fully understand what the data was telling them, Omron took its solution further and formatted the data for presentation in graphical form, with the Y-axis representing time and the X-axis representing the movement of the process.

The movement of the production line was therefore visualised as if it were being monitored by cameras. Kusatsu factory line worker Shinji Mizuno says: "We were astonished when we first saw the line graphs. Immediately we saw clues for improvements that we had been seeking. Moreover, a visiting engineer from a supplier who knew nothing about our production lines correctly guessed the current production situation and what happened during the day. I suddenly had high expectations for this solution.”

Explaining how the Big Data solution has enabled greater improvements to be made to the production lines, Omron’s Kenji Mizusima says: "Before we implemented the Big Data solution, we were relying on our production experts to guess at the causes of problems by looking through the error logs in the monitoring systems. But these error logs are only fragments of facts that are only records of moments, so they have limited usefulness in cause investigation.

"However, as the scattered data from the production line is compiled into charts in Excel that visualise the flow of the production line, a guess is not required. Further, we found that operators were beginning to generate ideas for production improvements, test them and then see from the graphs exactly what impact they had.”

Importantly, Omron is confident that the solution will help many of its other production sites, and will be particular benefit in getting new plants up to full production speed, as Kusatsu factory production department manager Katsumi Kono explains: "I have observed the launch of overseas production sites many times. In most cases, the troubles that occurred overseas were the same as the problems that had occurred in Japan, with the same improvement points hidden in existing production lines appearing when new sites were established.

"But if more improvement points become obvious by using Big Data, the risk of repeating the same problems will be reduced, enabling the same improvements in quality, productivity and real-time monitoring to be realised anywhere in the world.”

Masaru Takeuchi concludes: "Big Data has existed for a long time in production lines, but the environment to use it effectively had not been created. The data on its own doesn’t make sense until it’s analysed and presented in a way that enables the people who support production sites understand and use it. That’s what we have done with the Sysmac and SQL Direct Connect Solution, and it has been demonstrated to offer reliable performance for production line improvement, which could be of benefit to any company in any industry.”